We must be able to debate the economic risks we face 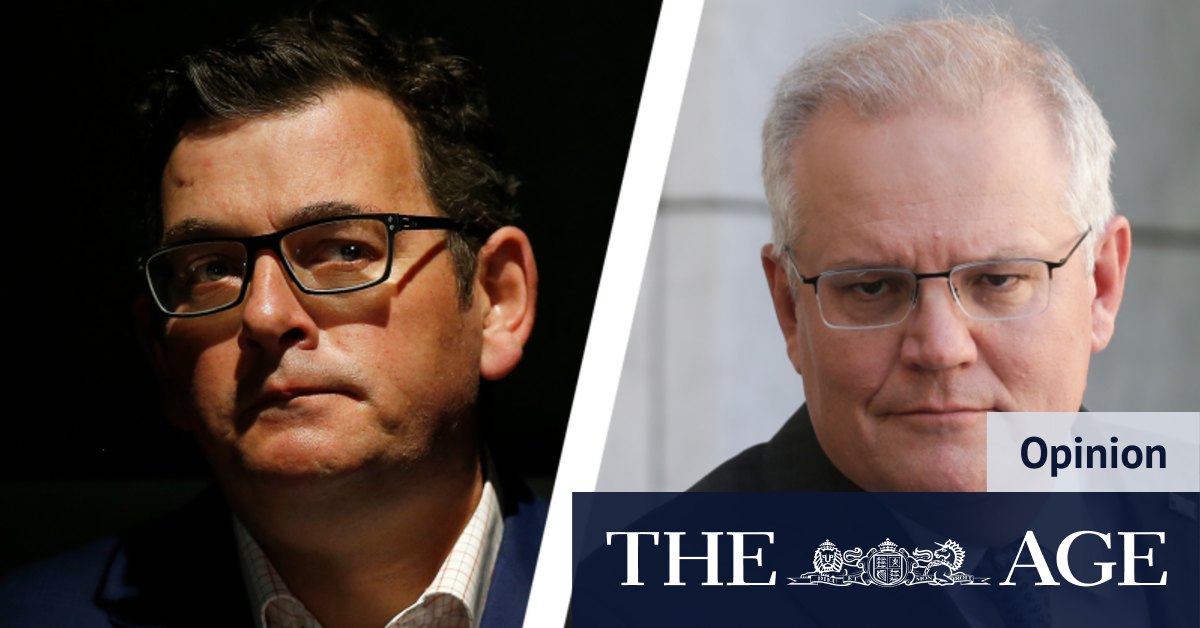 Many switch off at talk of the damage our single-minded approach is doing. They think the economy means big business. But jobs, incomes and opportunities are what the economy is about; livelihoods and wellbeing. It’s about people like friends of mine who followed their dream and borrowed to start a business. For most of 2020, they have been in lockdown, unable to operate, running up costs with only JobKeeper for income. And their town has not had one case of coronavirus.

Tens of thousands of small businesses all over Australia have similar stories. In Victoria, the Bureau of Statistics reports that in July, one in four full-time jobs for young people had gone from a year earlier; 100,000 young Victorian school-leavers had no job.

That is what we mean when we talk of the economy. It is why it matters that we find rules that fight both the virus and the great economic slump.

The economic risks we face are immense. Whether it ends up as recession or depression, this crisis has changed Australia’s future. For some time, we will be a poorer country, with fewer businesses, fewer jobs, more debt, weaker prospects. The same will be true of the world – but Victoria’s future has darkened more than most. The state must create more room for economic activity to flow, to protect what we have, and our kids’ future.

But most Australians have wanted to focus solely on fighting the virus – until now – and our governments have obliged. We have closed our borders to the world, forbidden people to leave the country. States free of the virus have closed their borders to people from states where the virus rages, flickers, or used to flicker.

In Victoria, the Andrews government has shut down tens of thousands of workplaces, imposed a curfew and banned Victorians from having visitors at home – even in country areas with no coronavirus – or travelling more than 5 kilometres in Melbourne, or from doing countless things that gave joy and meaning to our lives. And until now, most Victorians have supported all this.

But the fortnightly Essential poll in The Guardian found Victorians’ support for the state’s handling of the crisis had slipped to 50 per cent even before Sunday’s announcement that Melbourne would stay in lockdown and quarantine for at least another six weeks. And two polls taken since then were as polarised as the population.

A Roy Morgan poll found 70 per cent of Victorians approve of Andrews’ performance as premier and clear majorities support the curfew and the ban on eating out, though not the ban on having visitors.

But MediaReach polling for the Liberal Party in five marginal seats, leaked to The Herald-Sun, claimed an average 14 per cent swing against Labor, enough to toss it from office if it came on election day.

The state’s “road maps to reopening” offer little hope. Even in late October, the curfew and lockdowns would be lifted only if new case numbers drop below five a day – per capita, only Taiwan among our peer group would qualify – and if health officials have solved all but five of the daily “mystery cases”. To return to anything like normal life would require first eliminating the virus completely for 28 days.

And the road maps end with Australia’s borders still closed. What happens when we reopen, not just to the 23,000 Australians stranded abroad and trying to get home, to our wider families waiting to reunite, to foreign students and tourists?

In a world awash with coronavirus, elimination is only temporary. Any reopening and the virus will return. New Zealand eliminated it, only to find it back again after three months, sparking 250 new cases and forcing Auckland into stage three lockdown. One planeload from India had 17 new cases. If that happened here, would Andrews, likewise, force Melbourne back into lockdown?

His plan is extreme. It risks strangling thousands of businesses we will need to provide future jobs and incomes. It must be redrafted – and with caseloads dropping much faster than its modelling predicted, Andrews has a good reason for rebalancing.

Let’s open our minds. Victoria’s most senior federal Labor frontbencher, Bill Shorten, told the Financial Review he hoped “the restrictions would come off a bit quicker”, with more aid to small business. He thinks we need a better plan. So do many of us.

Tim Colebatch is a former economics editor for The Age.