Breaking News
Home / Federal Politics / Are we a nation of coronavirus pessimists, and is there a better way?

Are we a nation of coronavirus pessimists, and is there a better way?

admin 2 weeks ago Federal Politics Comments Off on Are we a nation of coronavirus pessimists, and is there a better way? 520 Views 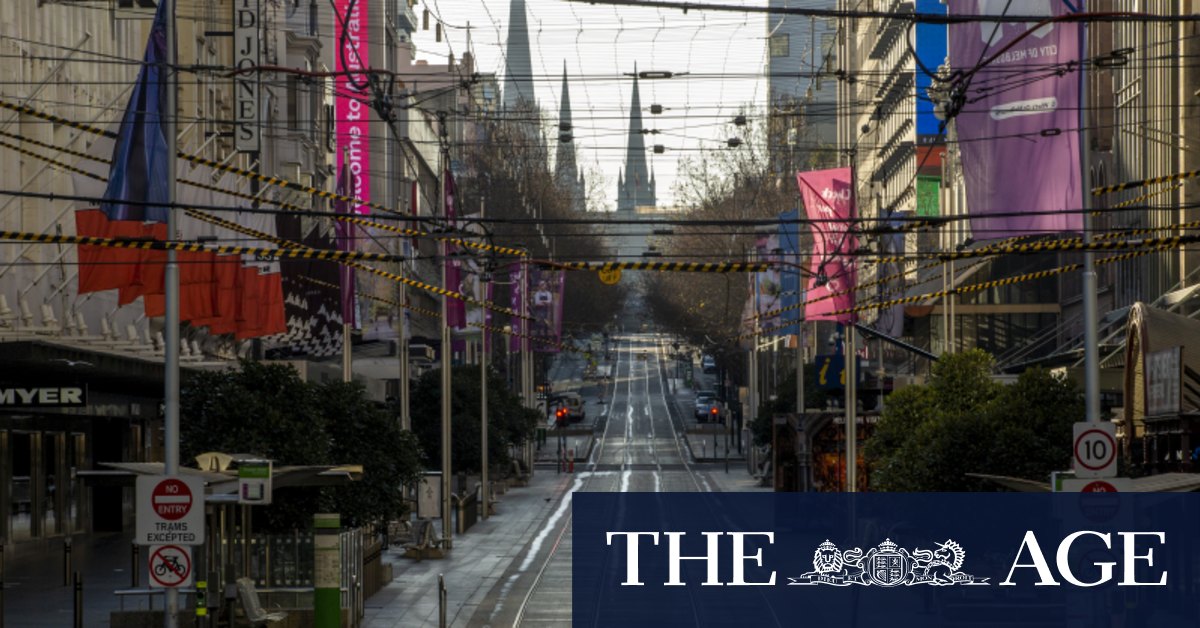 But elsewhere, despite very low case numbers, state borders remain mostly shut. Premiers and chief ministers are going their own way on restrictions and the unity of national cabinet is beginning to fray.

There is also public disquiet in Victoria over a curfew that was not requested by police, and in Queensland over border exemptions permitting AFL footballers and movie stars to travel but not ordinary Australians who want to see a dying relative, seek medical care or attend a funeral.

Queensland’s decision to define the ACT as a hotspot, when it has not had a case of COVID-19 for more than 60 days, is the most absurd but not the only example of state nationalism gone troppo.

Australia’s unified response of aggressive suppression of the pandemic may be approaching an inflexion point. With lockdown fatigue in Melbourne and the border wars between states, there is growing recognition that our zero tolerance approach to the virus, while admirable, is unusual compared to comparable nations.

Around the world, our neighbours, allies and friends – with the notable exception of NZ, which is pursuing an even more aggressive elimination strategy, even after a sizeable second wave outbreak in Auckland – are learning to live with the virus.

Which raises the question – are Australia (or at least some states) and NZ just a bit too risk averse? Have we got the settings right?

Restrictions in countries like the UK, Singapore, Germany and Taiwan are still in place – but the parameters are different.

Singapore, which enacted strict policies such as a lockdown and mandatory mask wearing, initially had very low case numbers. That changed when a huge wave of cases swept through migrant workers who live in tightly packed dorm rooms and the country of 5.8 million has now seen 57,316 cases (compared to Australia’s 25,565 for 25 million people).

However, the death toll is just 27, compared to Australia’s 797 people, and the transit hub is beginning to open up and travel over the border to Malaysia, and through the city-state’s sprawling international airport hub, is beginning to re-start.

Taiwan, with a population of about 23 million people on China’s doorstep, has arguably achieved the gold standard – 498 cases and just 7 deaths. Though cut out of the WHO and isolated through official diplomatic channels, the island nation has performed brilliantly.

On June 23, British Prime Minister Boris Johnson announced plans to reopen the UK (population 63 million) and end “our long national hibernation” after the country had been smashed by the virus.

The number of new cases diagnosed that day was 874. Daily cases fell to 352 on July 6 but have now crept back up to about 2000 per day in the last week and Johnson has imposed a (relatively) less stringent six-person limit on social gatherings and finally made it mandatory for pubs and restaurants to collect customers’ details for contact tracing.

Britain’s tolerance for living with the virus – rather than trying to eliminate or suppress it aggressively – remains much higher than Australia’s.

Similarly in Germany (population 83 million), widely praised for its coronavirus response, new cases have ticked up to about 1400 a day. But Germany’s states are not going back into lockdown.

Even Bavaria, the hardest hit state, has scrapped restrictions on at-home gatherings and abolished its curfew for restaurants and beer gardens. Bars and clubs remain closed, and people are generally required to wear masks in public places.

France (population 67 million) recorded 9400 new cases on Friday. But Prime Minister Jean Castex said his government was not planning a new, nationwide lockdown and would would instead implement a raft of less radical measures.

“The virus is with us for several more months and we must manage to live with it without letting ourselves get drawn once again into a narrative of nationwide lockdown,” he said.

Across the above-mentioned jurisdictions, the UK has recorded 612 deaths per million people; Germany 112; Australia 31; Singapore 5; New Zealand 5 and Taiwan 0.3. The numbers suggest that Australia’s performance has been excellent, but also that the performance by Singapore and Taiwan (in particular), which have not been quite as lockdown-dependent, can also work well within a population that follows strict rules on masks, testing and social distancing.

Political scientists often talk about the “Overton window”, which describes the range of policies or ideas deemed acceptable to the mainstream population at any one time. When it comes to handling the pandemic, Australia’s Overton window – and that of NZ, too – seems much narrower than many comparable nations.

Even if the official policy is to “suppress” the virus rather than eliminate it, there is no Australian jurisdiction prepared to live openly with COVID-19 if it means more than a dozen or two dozen cases a day.

But the tough approach has public endorsement. Polling (and the behaviour of state premiers) indicates that generally speaking, Australians support tight suppression of COVID-19.

Mark Textor, a veteran pollster who has been taking the temperature of the Australian electorate for close to 30 years for the Liberal Party, says “there is no modern formula for balancing lives, livelihoods or indeed lifestyles in a pandemic”.

Textor shared with The Sun-Herald and The Sunday Age research by his CT Group in late July into public assessment of government responses to the pandemic in the UK, USA, Australia, India, Hong Kong and the United Arab Emirates.

Textor says the polling showed “there is more evidence that we [Australians] are not as divided in terms of our partisanship over this issue than that we are more conservative [in responding to the virus]. We have always taken pride as a nation in the notion that we pull together in times of difficulty. You couldn’t say that of the US at the moment, for example”.

“Initially we saw what was happening in the rest of the world and didn’t want to have that – so there was extra caution – and a conservative approach [from governments],” Textor says.

“But also remember the circumstances in which this happened. It was straight after the fires, there was a greater sense of resilience but also a sense of national challenges needing to be met with unity and shared purpose.”

Some of the findings indicate a pessimism or risk-aversion in the Australian public mood about the trajectory of the pandemic. First, Australians are by far the most likely (of the countries surveyed) to think “normal working life” will not resume for another one or two years, or more than two years. Other countries are more likely to think normal working life will resume sooner.

Second, six months into the pandemic, on July 27, we were the least likely to agree (just 25 per cent) that “now is the right time to end isolation” – and that finding was delivered before the August 2 move to stage four restrictions in Melbourne.

And third, just 29 per cent of Australians – the lowest figure in the survey – agreed now was the right time to return to the office.

At a minimum, the findings suggest Australians are more risk averse than most when it comes to the pandemic.

Simon Thornley, a lecturer in epidemiology at the University of Auckland and a leading member of NZ’s controversial “COVID-Plan B” group (which argues against some of NZ’s toughest lockdown measures), says Australia and NZ have ended up in a psychological cul-de-sac by pursuing such strict virus suppression or elimination measures.

“There was a genuine fear early on that we would be like Italy for example and we would have overwhelmed hospitals. Seeing Italy locked down really gave licence to other countries to lock down,” Thornley says. “The elimination strategy is not warranted given what we know about the infection fatality rate now.”

He says Australia and NZ performed well initially – at least in part – because the pandemic hit during the tail end of summer, which slowed its growth, and both countries have relatively low population densities. That, in turn, locked in a mentality that the virus could be tightly suppressed or even eliminated in the two island nations.

“The initial success and its popularity made it hard to walk away from a story of success, politically,” says Thornley. “I think other countries have been able to re-adjust and admit faults.” He points to Sweden and Norway, which have respectively dialled up and scaled back their response to cope with the virus. “In New Zealand and Australia I haven’t seen that.”

The consequence, Thornley says, is that both nations have become too risk averse, too locked down and have not implemented tightly-targeted measures similar to jurisdictions like Taiwan.

But University of Queensland professor of virology Ian Mackay says health professionals have learned a huge amount about how COVID-19 has spread and counsels against seeing Australia’s response as too cautious.

“We are not that locked down. We are managing it and we have cleared most of the virus out of the country,” he says. “We have done so well in getting rid of the virus that we are able to take risks that many other countries are unable to take.” He acknowledges Victoria is a necessary and understandable exception.

Mackay adds “there are ways the economy could be opened up, like travel bubbles with in the country and with New Zealand for example”. But health officials – who are grappling with the best way to save the most lives – are understandably cautious.