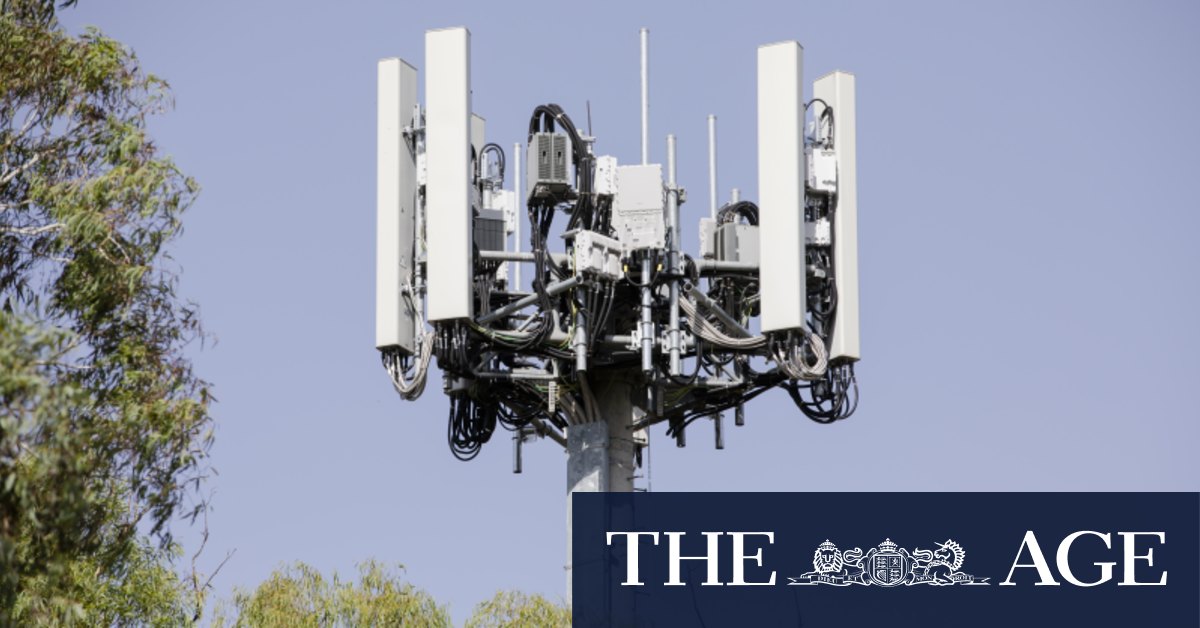 The “infodemic” of misinformation has fuelled protests in Sydney and Melbourne, where anti-5G activists have marched alongside anti-vaxxers in rallies protesting COVID-related restrictions.

Professor Axel Bruns from Queensland University of Technology’s Digital Media Research Centre, who studied the explosion on Facebook of conspiracy theories linking 5G to COVID-19, said an “information contagion” had spread much like a virus through online communities.

Celebrities, he said, had functioned as “super spreaders”, amplifying theories circulating on the fringes of social media platforms to their personal pages with sizeable fan bases. At the height of the pandemic in April, for example, American rapper Wiz Khalifa linked 5G with the pandemic in a tweet to his 36 million followers saying: “Corona? 5g? Or both?”.

In a bid to combat the mounting disinformation, which had spurred anti-5G protests across the country, Chief Medical Officer Brendan Murphy released a statement in May declaring: “There is no link between 5G and COVID-19”.

As Telstra’s newly hired”5G Chief Investigator”, Humphries sets out to debunk the conspiracy theories surrounding the wireless technology in a series of satirical videos designed to penetrate the online realm where the theories have taken root.

“5G is spreading coronavirus,” Humphries declares in one video as he stares down the barrel of the camera, only to then dismiss the claim by adding that if radio waves could carry the virus “someone would have weaponised SmoothFM years ago”.

Telstra said the Humphries campaign had been “hugely successful”, reaching a wider audience than its standard social media campaigns by couching scientific facts in humour.

“It wasn’t designed to convince everyone. It was more so a way to engage our customers and the community using humour and satire to help challenge misguided beliefs and anti-science.”

Chris Althaus, chief executive of the Australian Mobile Telecommunications Association, said that despite the uptick in online activity, Australia had largely avoided the type of anti-5G vandalism seen this year in Britain, where more than 80 arson attacks were reported on wireless infrastructure.

Separately, Telstra, Optus and TPG Telecom Group said they had not experienced significant increases in anti-5G activity or complaints over the course of the pandemic. However, the township of Mullumbimby, on the NSW north coast, is still a hotbed of anti-5G activism and work remains halted on the installation of a Telstra 5G tower due to local protests.

Given the cross-pollination among conspiracy theorists, Mr Althaus said the industry was wary that anti-5G activity could intensify as the scientific community edged closer to finding a COVID-19 vaccine.

“When the protest movement comes together, 5G tends to bob up in that group with no rational link,” Mr Althaus said.

“If we get caught in the slipstream of other issues such as anti-vaxxing, our response to that is going to be to continue to promote the facts around the issues.”

Previous In times like these, friends matter as much as intimate partners
Next ‘Doesn’t matter who you are’: More Giants stars put on notice