admin September 13, 2020 Environment Comments Off on Sydney awash with leaks as research shows the climate cost of gas 24 Views 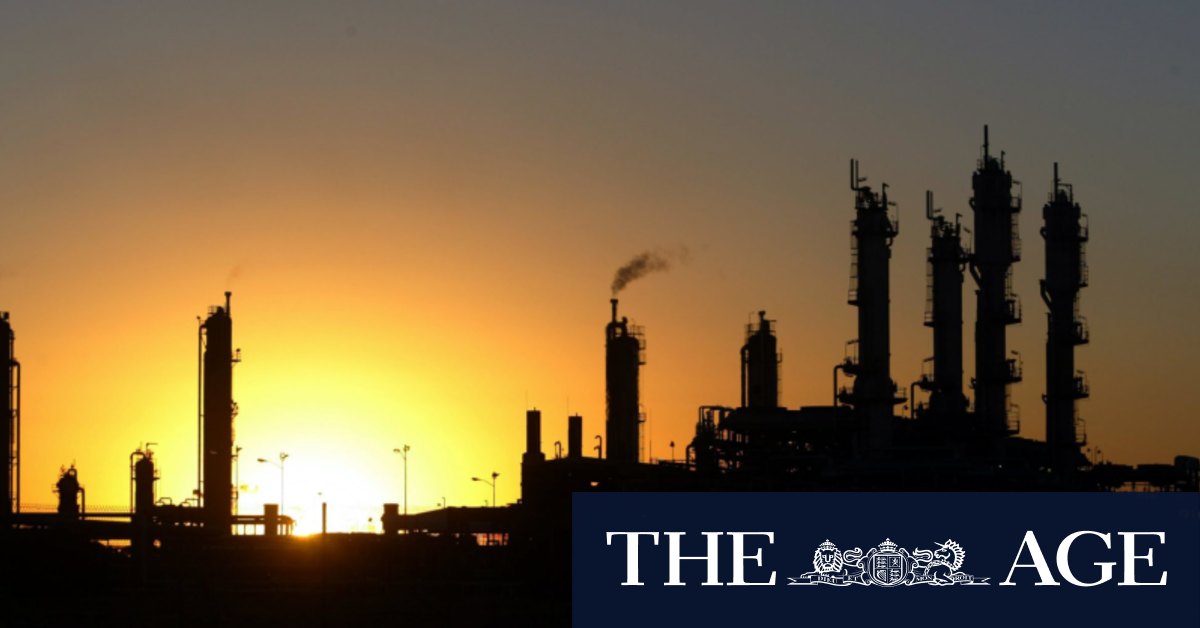 Last July, Kelly and one of his PhD students, Xinyi Lu, bundled their equipment into the back seat of a nondescript rental car in Melbourne and replicated the process.

They gaffer-taped a teflon tube out of one of the rear passenger windows, attached it to a GPS tracker that could place itself on the earth’s surface to within an accuracy of 15cms, and plugged it into an ultra-portable greenhouse gas analyser – a piece of kit so light and sophisticated that it simply did not exist until a few years ago.

There too they discovered a city was awash with plumes of methane. The gas – odourless in its purest form – oozed through the city from landfills and wood heaters, from waste-water treatment plants and urban wetlands. It positively spewed from two leaks they quickly discovered in natural gas pipes in residential streets. It even farted in little puffs from instant hot water systems every time a tap was turned on.

On Asling Street in Brighton their equipment detected a major leak. Methane was present at around 150 parts per million, when the ambient measure should have been around 1.8. With the pipe out the window taking in the suburban air it did not take long for their box to narrow down the location to one of two suburban homes.

“They could have been leaking gas pipes, hot water systems, even stoves.” None were dangerous, but cumulatively they constituted a continuous global warming contribution.

“It is what urban lifestyles and gas networks do by their nature,” he says. He notes that in 2015 a single gas leak from a storage facility in California released as much greenhouse gas as 600,000 cars would in a year.

Research here and around the world is showing that it is not only the urban gas network that leaks, but the whole system is prone to emitting methane, alongside feedlots, industrial processes and landfills.

As part of the United Nations Environment Program collaboration, Kelly works with Airbourne Research Australia scientist and pilot Jorg Hacker, who has flown low and slow in a light aircraft over the gas-well fields of the Surat Basin in Queensland, following curtains of methane escaping from gas condensers and pipes, from holding ponds of water drawn from the well heads, from feedlots and fertiliser dumps.

Both projects are incomplete, though the two men expect peer reviewed data will soon be published from projects around the world.

While some politicians champion natural gas as a cleaner alternative to coal and a crucial “transition” energy source, Kelly is one of many scientists warning that not only is natural gas a significant contributor to the global warming crisis, but that we may be releasing far more of it than anyone fully appreciates.

Worse, he believes that the emissions being published in international carbon inventories is failing to capture the true extent of greenhouse gas emissions. In Australia, for example, Kelly says there are untold thousands of abandoned wells emitting gas from defunct coal mines, groundwater bores and exploration sites, “all just hissing away.”

Conventional and coal seam gas are mostly methane, explains Kelly. When they are burnt to make energy they tend to produce around 40 to 50 per cent less carbon dioxide equivalent emissions than coal would to produce the same amount of energy.

As a result if more than 3 per cent of total natural gas extractions leak into the atmosphere during its extraction, processing and transmission, natural gas becomes as bad or worse for climate change as burning coal.

It is the growing concern over methane’s contribution to global warming that prompted some of Australia’s leading scientists to write to the nation’s Chief Scientist, Dr Alan Finkel, recently to publicly voice their concern about his support for gas as a transition fuel.

Kelly says the work his team has done suggests to him that far from expanding the use of gas in the domestic market and as an export, we should be weaning ourselves off it.

After receiving the letter from the concerned scientists Dr Finkel responded that he was not advocating for gas in the long-term and said it was his view that because gas-fired power plants could ramp up much faster than coal they emitted significantly less greenhouse pollution than coal would if harnessed for the same purpose.

Andrew McConville, chief executive of The Australian Petroleum Production and Exploration Association, says Australia’s upstream oil and gas industry measures and reports all of its emissions under the National Greenhouse and Energy Reporting System, while CSIRO research has repeatedly found emissions associated with gas production to be low.

“A landmark 2019 report by the CSIRO compared greenhouse gas emissions from electricity production in Australia from Queensland thermal coal or natural gas derived from CSG operations which found a reduction in emissions of up to 50 per cent,” he says.

“The atmosphere doesn’t lie. The atmosphere tells us we are not being effective with our policies. And so when you have all those scientists signing that letter, they are looking at this,” he says, pointing at line graphs on screens showing obstinately rising levels of methane, carbon dioxide and nitrous oxide over the past 30 years.

“They don’t care about the policy framework, because they know policies are not working. They see the trajectory we are on.

“Until we get that going down,” he says pointing back at the charts, “nothing else is relevant.”