Unfeeling enforcement has pushed us to tipping point 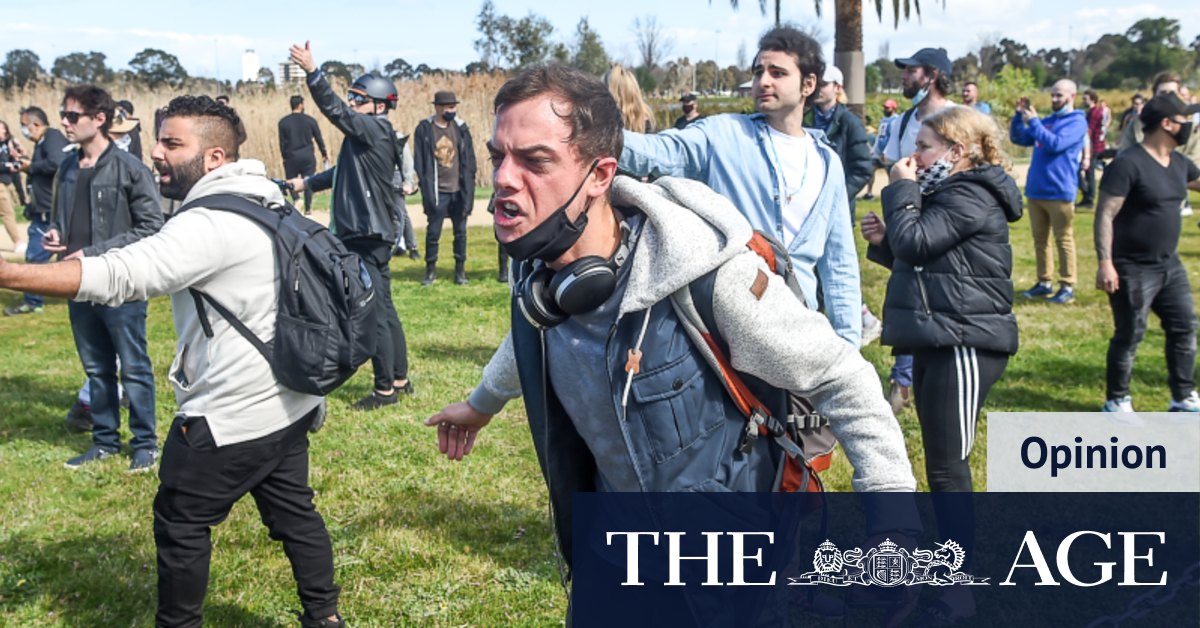 Would Thoreau call Victoria today an authoritarian police state worthy of his moral outrage? It can seem so when a pregnant woman gets arrested and handcuffed in her own home for sending a post on Facebook. And in the past six weeks, about 2000 people have received $1652 fines just for the simple and usually uncontroversial act of leaving their home in the evening. No judge, no jury, just open your wallet.

It was certainly a tough call to introduce Melbourne’s curfew on August 2. And with refreshing honesty, Andrews has put up his hand to acknowledge that ultimately, as Premier, it was his decision. And he’s right to push back arguing that the curfew is a matter of human life, not human rights. You just have to see the dramatic rise in COVID-19 numbers in the UK, Spain and France to know why it was imposed.

However, Andrews said that the decision to impose the curfew was based on making the job of police enforcing the lockdown easier. But what about us? We are on the rough end of its unthinking uncaring implementation.

Laws should be easy for people to understand and follow, not for the police to enforce. And they should only infringe upon our basic liberties where necessary and to serve a greater good, that is our civil, kind, tolerant, peaceful and pluralistic democratic society.

Or as Jacob Bronowski put it in his TV documentary The Ascent of Man, “justice is a universal of all cultures. It is a tightrope that man walks between the desire to fulfil his own wishes and his acknowledgment of social responsibility.”

We have reached a tipping point. The paramount concern of government and the police is now the unthinking bureaucratic enforcement of the curfew. The opposite should be true; our police and our criminal laws should protect us, not oppress us.

This goes back to the very beginnings of professional law enforcement. When Sir Robert Peel set up London’s police in 1829, it was vital that his “Bobbies” earned the respect and trust of the people. They had authority only with the people’s consent. In Glasgow, the first police deliberately wore a top hat and a long cutaway jacket to give them the friendly appearance of a gentleman, as opposed to the military coat of a soldier.

Yes, the people on the margins of society are right to say that the general population is getting a taste of what they face every day. But that doesn’t change the fact that we are living through a time of officious police overreach.

It could have been a lot different. Police always have discretion to warn and not to fine or arrest people. A bit more judgement and tolerance by the authorities would have produced an equally empathetic and understanding public.

The trouble is that the unthinkingly aggressive policing of otherwise law-abiding people who are going about simple everyday activities produces two counter-productive reactions.

First, it stirs up some self-righteous people to break the rules and act like zealous martyrs, getting their dose of internet fame. Second, and more importantly, it tears apart the trust between police and public. That might take a generation or more to repair. And in the long run, that might be the greatest cost of all.

Duncan Fine is a lawyer and columnist

Previous ‘Simple and wholesome’: Melburnians get into birdwatching in lockdown
Next Barilaro failed to respond to koala protection concessions from Stokes