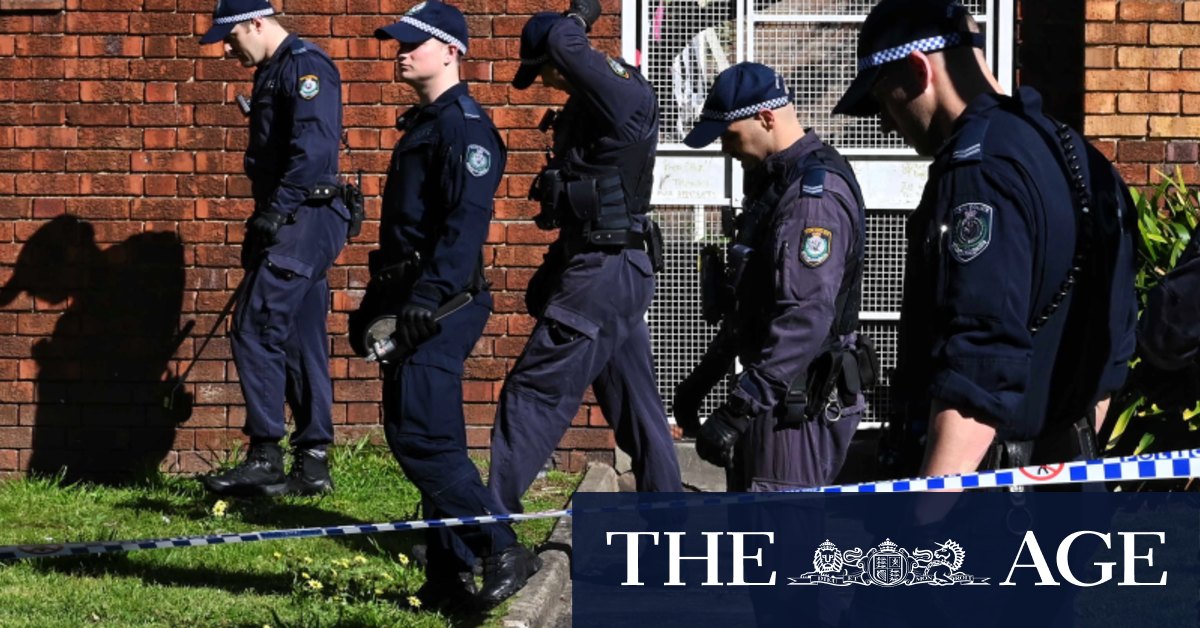 NSW Police South Sydney Police Area Commander Superintendent Andrew Holland said: “It would appear that this is an ongoing neighbour dispute. However, the motive behind this, we’re still investigating.

“Neighbour disputes happen all the time. Unfortunately, this was just a tragic incident.

“Reports are from witnesses that the offender may have used a metal bar and struck the victim a number of times and also assaulted them with his fists.”

Mr Maletsas was taken to Mascot police station and charged with murder.

He appeared at Central Local Court on Monday. Bail was not applied for and it was formally refused.

Mr Maletsas will appear before the same court via audio-visual link on November 10.

Police remained at the housing estate on Monday morning and have removed two dogs from a unit, believed to belong to Mr Maletsas.

Neighbours were sitting outside the unit on Monday morning and said they hadn’t slept all night after the death of Mr Campbell, a man they considered a part of their family.

They were discussing how they’d farewell their friend.

She added that Mr Campbell had always been ready to help her and he was meant to clean her kitchen later on Monday.

“It doesn’t seem real. I think I’m going to see him soon, I can just see him coming,” she said.

Another neighbour described Mr Campbell as an “all round top guy”.

Inquiries are continuing and anyone with information is urged to contact Crime Stoppers.

Laura is a journalist for The Sydney Morning Herald.