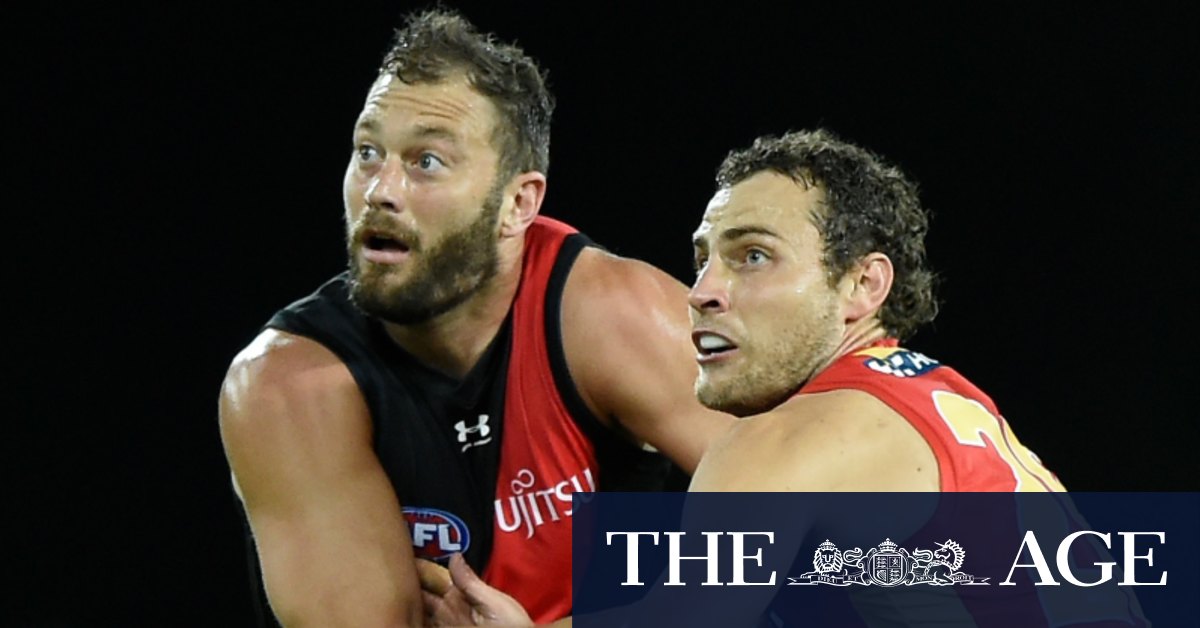 “I’ve been lucky to live out my childhood dream and in doing so have created some amazing memories and friendships along the way that I will cherish forever.

“Physically, my body is telling my time is up and I go out knowing that I couldn’t have given any more to this great club.

“To my family, my partner and all the people that helped me on my journey, I thank you from the bottom of my heart, and know that I couldn’t have done it without you.

“To the Essendon faithful, your loyalty and support to myself and the football club through a difficult time is what makes this club so great.

“I wish the boys nothing but success and I believe we are on the right path to get there.”

Drafted with pick eight in the 2007 pre-season draft, Bellchambers made his debut in round 11 the following year. His best year for Essendon was 2018, finishing sixth in the club’s best and fairest and playing 20 matches.

Coach John Worsfold paid tribute to Bellchambers, describing him as “a loyal and wonderful player”.

“His contribution as a ruckman for our team can’t be underestimated and for Tom to have played 13 seasons of AFL football is a credit to the way he’s applied himself to the game,” Worsfold said.

“While he hasn’t enjoyed the continuity of games which he would’ve liked to have achieved this year, Tom’s role in helping mentor our developing ruckman in Sam Draper and Nick Bryan has been first-class and shows the character and leadership he possesses.

“He’s a highly regarded and valued member of the playing group and everyone from the coaches, staff and his teammates will miss his presence around the club.

“We wish both Tom and partner Olympia, as well as their families, the very best for their future.”

‘Not going to slide off the cliff’: Guthrie makes peace with grand final loss

“It’s onwards and upwards. That might be hard to believe for some people, but it …