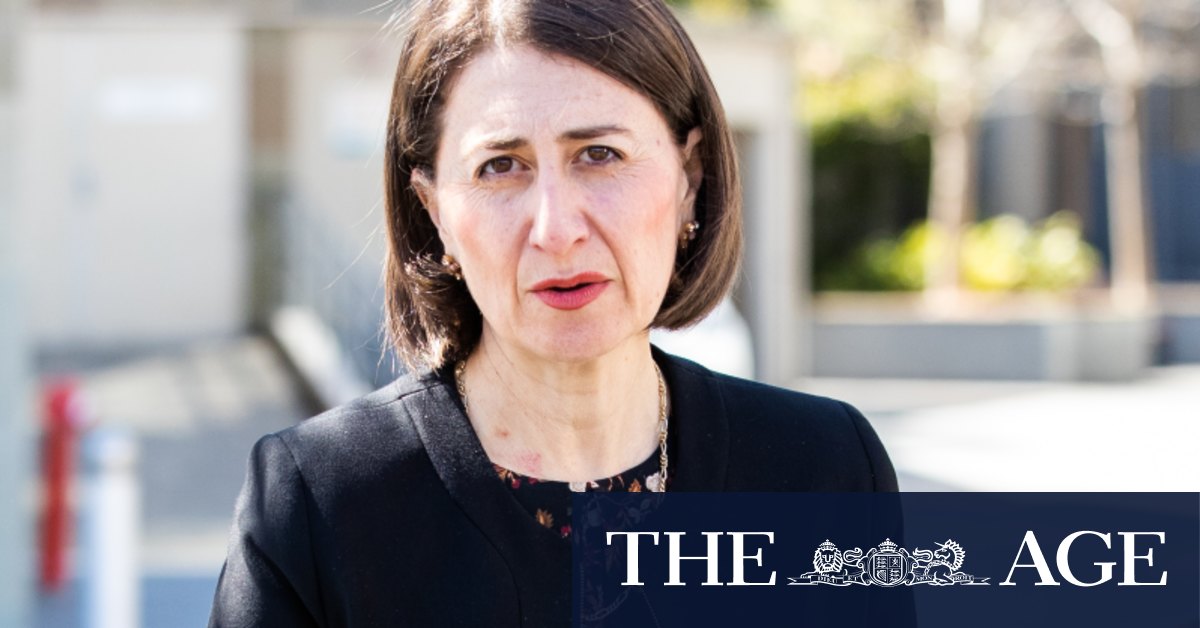 “That’s a matter for National members to decide,” she said. Ms Berejiklian again did not name Mr Barilaro in comments about last week’s crisis and said she was focused on the COVID-19 pandemic.

“My decree to everybody is focus on the job we were elected to do. That’s what people want from us. Heads down, [working] hard.”

The Premier was in Engadine on Monday to launch 10 Service NSW centres across Sydney, joined by Minister for Customer Service Victor Dominello, who used the opportunity to back Ms Berejiklian.

“We’re in the middle of a pandemic, the community wants a strong leader. Leadership is not given by a badge or title … leadership is given through action, being humble, being considered, being focused on delivery rather than headlines. this is what the Premier is doing day in, day out.”

Mr Dominello said he would work with “whoever the National party give us as their leader,” but would not be drawn on whether he believed Mr Barilaro had not been humble or a good leader.

It followed further inflammatory comments from Mr Barilaro to his Liberal colleagues “put up or shut up” ahead of Parliament sitting this week.

“I’ll be in cabinet and I’ll be at ERC [expenditure review committee] and I’ll be as vocal as always, fighting for the bush,” he said.

Previous The Short Squeeze: Blowing off some froth
Next Charles Lloyd: Sharing a gift with a Greek goddess