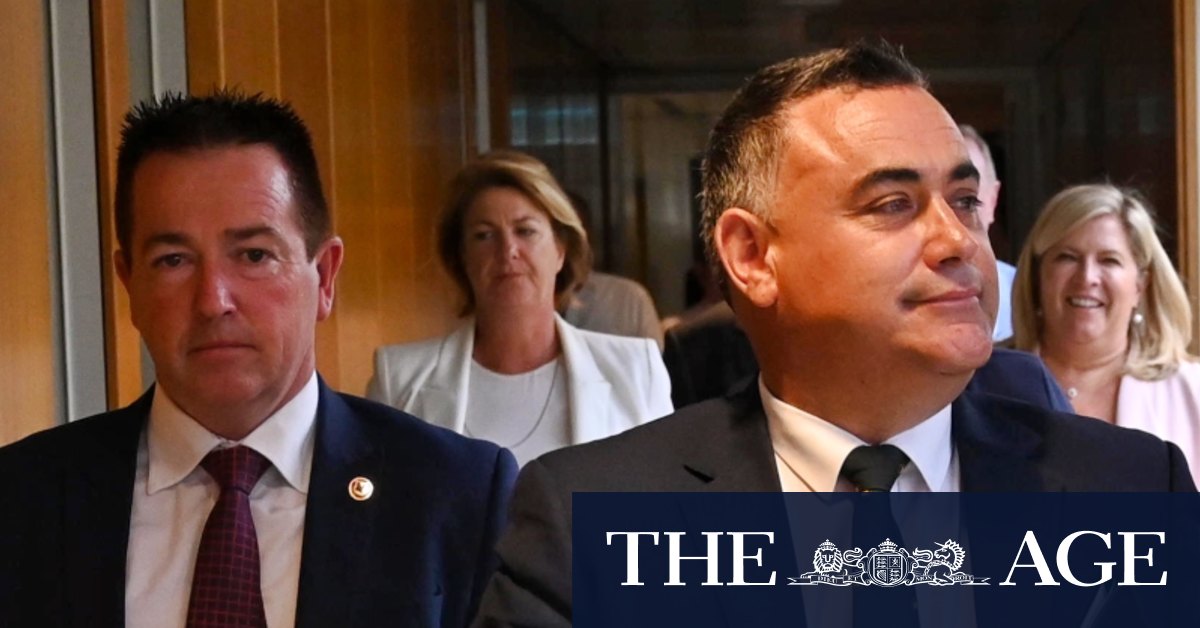 Ms Berejiklian said she had been given an assurance that “all ministers will support government legislation” and that the Coalition would exist until the 2023 election.

But Clarence MP Chris Gulaptis, who was the first National to threaten to leave the government, confirmed on 2GB he was still prepared to sit on the crossbench if the policy was not changed.

Upper house Nationals MPs Sam Farraway and Wes Fang also confirmed on Monday that they “reserve our right to do what is best for the community”.

Senior Liberal ministers have warned they will not give the Nationals any concessions in cabinet over the koala planning policy if Mr Barilaro remains their leader.

Several Nationals MPs said phone calls were made all weekend to “take the temperature” of the party room, but no one was prepared to move on Mr Barilaro, who spent Monday in Bourke with his Agriculture Minister Adam Marshall.

Mr Barilaro has warned Liberal colleagues that he will not be pushed out by them.

Mr Barilaro issued a blunt ultimatum on Sunday: “Put up or shut up”.