Breaking News
Home / Victoria News / Dinner out with a side of car exhaust? Yes, please

Dinner out with a side of car exhaust? Yes, please

admin September 16, 2020 Victoria News Comments Off on Dinner out with a side of car exhaust? Yes, please 16 Views 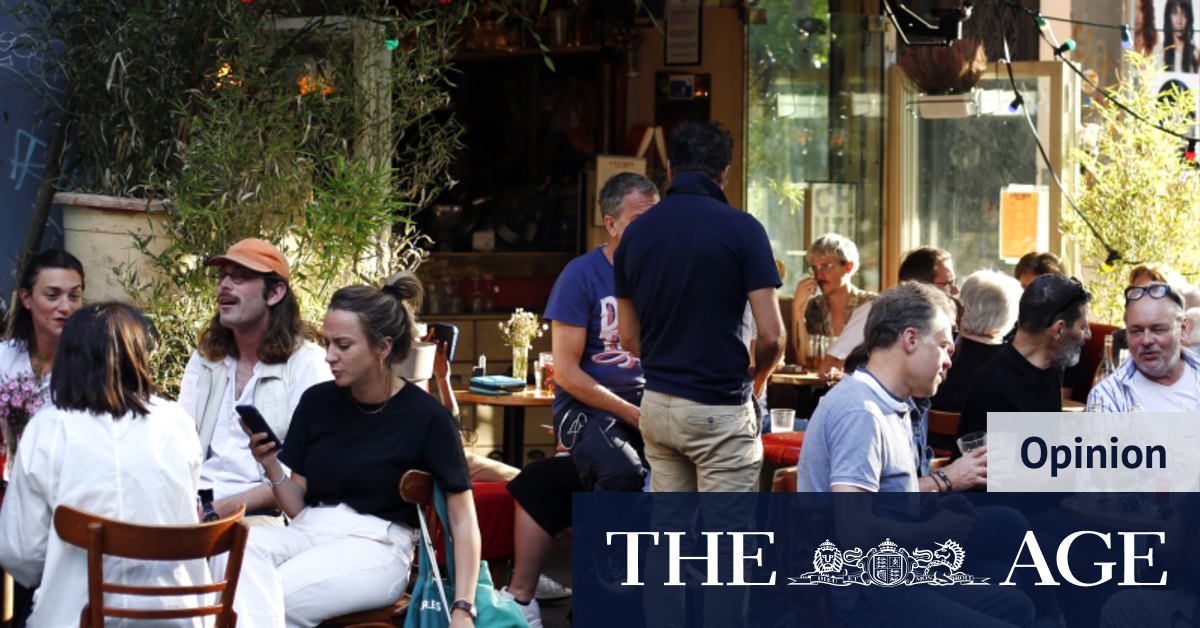 Flash forward to Premier Daniel Andrews’ announcement that we wouldn’t be eating out anywhere any time soon, and Melbourne felt a collective heartsink – not just for the months of tepid takeaway stretching to the horizon, but for the havoc we felt it would wreak on Melbourne’s already battered hospitality businesses and their workers.

On Monday the state government and the City of Melbourne announced a $100-million plan to get us back eating out, albeit outdoors.

Exactly what I’d been thinking. Block off some side streets where it won’t bother the neighbours, get rid of some car parks and have tables and planters and awnings instead. Go for it.

Now, I am not going to pick a fight with Stephen Downes, who wrote this week that Melbourne wouldn’t buy this eating outside caper. Melbourne is not New York or Paris or Rome, he wrote, and Melburnians are not New Yorkers or Parisians or Romans, who like the show-off factor of eating on the street. We are sober suburbanites who take our very fine dinners out very seriously, and indoors.

He may be right about the dollar details of the government’s plan. But his vision of what Melbourne diners want felt like the golden years of The Good Food Guide circa 1980. This is 2020, circa COVID-19. This is a public health and eating out emergency. Compromises will have to be made.

After what seems like the best part of a year spent eating lukewarm takeaway out of soggy compostable cardboard containers, I’ll take some meals out with a side of car-exhaust and tram-rumble. As long as the food comes straight from the kitchen, on a plate, and even if the waiter-person is wearing a mask. Bring it on, please.

Matt Holden is a Melbourne writer.