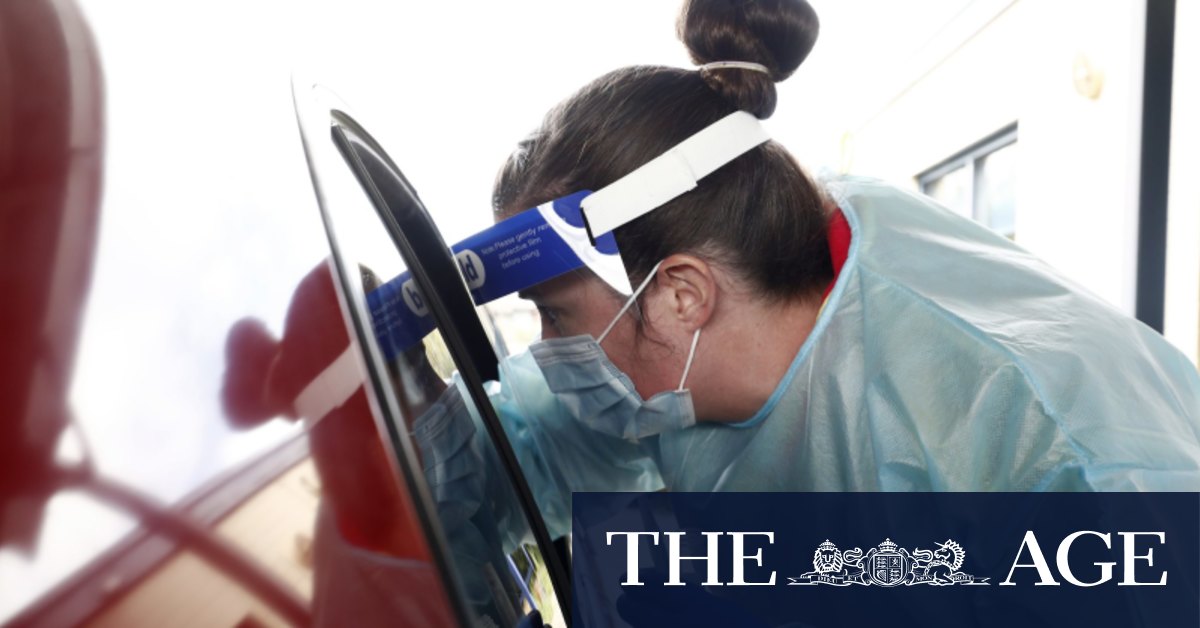 Premier Daniel Andrews said would initially push up to 75 per cent of normal surgery activity, then move up to 85 per cent by September 28 before going back to a normal elective surgery schedule by late October.

In Metropolitan Melbourne, as long as road map targets are met, surgery capacity will move to 75 per cent on September 28 and then scale up to 85 per cent late in October with the introduction of stage two easing.

City hospitals will only be able to move to 100 per cent capacity for elective surgeries at the end of November.

“The figures change from hour to hour and day to day. Of course, as people’s needs change and I want to stress also that as we resume this elective surgery that people will get access to their treatment based on clinical need,” she said.

Ms Mikakos said anyone awaiting for a category 2 or a category 3 surgery may be able to have their condition and case reviewed to ascertain their priority.

“For anyone who is concerned about their current condition or have any concerns that their condition may have deteriorated in recent weeks, it’s important that they speak to their GP or their specialist doctor and their place in that waiting list,” she said.

The waiting list for category 2 patients at the end of June as Victoria headed into its second wave was 23,249 and for category 3 was 30,869. Those totals were already well above the figures from 12 months earlier.

Melburnians needing routine dental work will be able to see their dentists in Melbourne at the end of the month.

Health Minister Jenny Mikakos announced dentists and other allied health services will be able to resume non-urgent procedures and treatment from September 28.

“They will be able to resume non-urgent procedures such as routine examinations, temporary fillings, simple extractions and simple procedures,” she said.

“That’s significantly important for those waiting for dental care as well as others waiting for allied health.”

On track for lockdown lifting

Wednesday was the second consecutive day that Victoria has recorded 42 cases and comes after 35 infections were reported on Monday, 41 on Sunday and 37 on Saturday.

Melbourne’s 14-day case average, which is crucial to easing lockdown restrictions from September 28, has dipped to 49.6. In its road map to recovery, the state government said restrictions would only start to ease from the end of September in Melbourne if the 14-day average remained between 30 and 50 cases.

Mr Andrews said the state now had fewer than 1000 active cases for the “first time in a long time”.

“[That] should be a point of pride for every single Victorian who is doing the right thing, making sacrifices, staying the course, doing what has to be done to get our state open and keep it open,” he said.

The number of new ‘mystery cases’ with no known source since August 31 til Sunday is now 81. For curfew and the 5km limit to lift, by October 26 the total number of mystery cases over the prior 14 days needs to be five cases or fewer.

Mr Andrews said there might be an assessment made on whether restrictions could ease earlier than September 28, but urged patience.

“The fact that we are in the 30-to-50 band should be a point of pride, absolutely. But we are making an assessment, not today, but in a short amount of time, about being in the 30 to 50 band and if we are, not just for a day, but for a decent period, for a significant period, then we’ll be able to make that call,” he said.

“It needs to be in that band of 30 to 50 and we need to wait a little bit longer. I know that’s challenging but, as we’ve said, we are on track.”

Road blocks to the regions

The 14-day case average in regional Victoria has fallen to 3.5. The Health Department has reported an additional mystery case of unknown community transmission in regional Victoria but noted that it emerged more than 15 days ago and would not jeopardise the easing of lockdown restrictions in country areas from midnight.

Melburnians trying to escape to holiday homes following the easing of restrictions in regional Victoria will face hefty fines and beefed up police road checks amid fears they could spread the coronavirus.

In regional Victoria from Thursday, residents can have visitors to their homes, restaurants and cafes can have seated indoor and outdoor dining, beauty services can reopen and people can gather in groups of 10 outside.

Victoria Police has beefed up vehicle-checking at key arterials roads in and out of Melbourne.

“I just say to anyone who is caught in one of those roadblocks, you know, that will be challenging, but nowhere near as challenging as this getting away from us again in regional Victoria because people went to regional Victoria from metropolitan Melbourne, had no lawful reason to do it, and took the virus with them,” he said.

“The feedback I get from very small country towns to big regional centres is they’d love to have visitors but they love being virus-free a lot more.

Meanwhile, research by some of the nation’s most senior scientists has found that more than 60,000 cases of coronavirus in Australia could have gone undetected, potentially adding to calls to ease restrictions sooner.

The federal government-funded study by a team of researchers including Australia’s Deputy Chief Medical Officer, Dr Nick Coatsworth, estimates that by July – before Victoria’s peak in cases – 71,400 people may have contracted the virus.

At the time, there were only 11,190 officially confirmed cases in Australia.

Of those screened by researchers in June and July, 0.28 per cent had COVID-19 antibodies, the study found, which means they had contracted coronavirus. Antibody testing can tell if a person has ever been infected with a virus, as antibodies remain in the blood for many months after a person recovers from infection.

Previous Wood you look at that: Plans revealed for Perth’s first ever timber and steel office tower
Next Chief health officer saw ‘considerable risk’ to health and safety from hotel quarantine