Never lost his thirst for knowledge 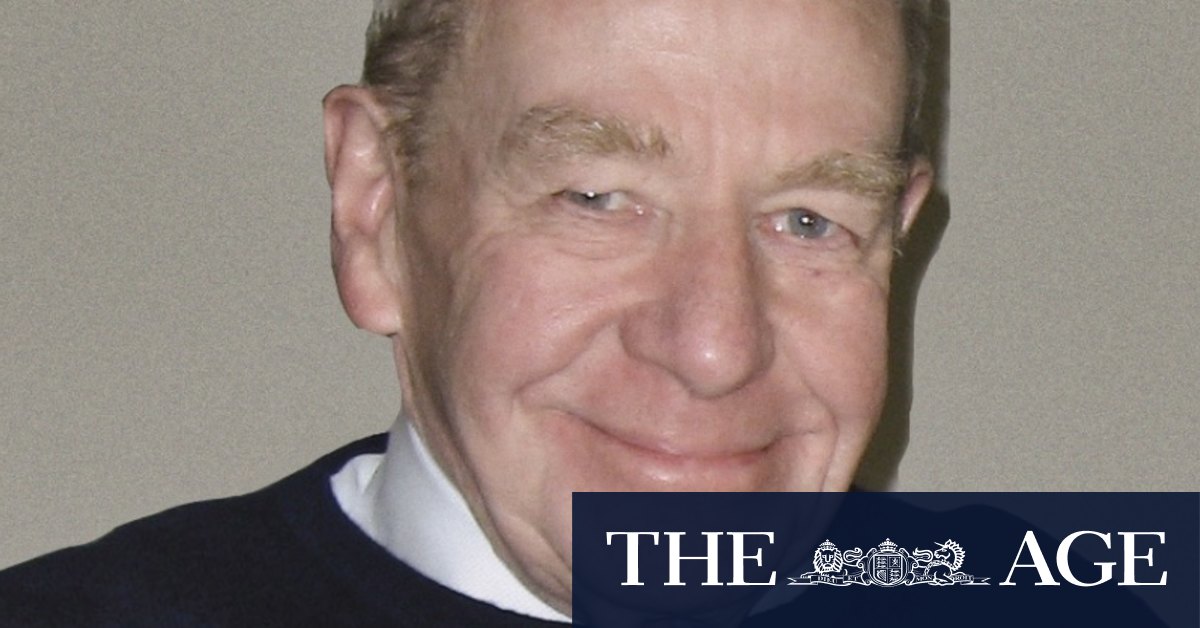 After graduating from Melbourne Medical School in 1962 a residency at the Royal Melbourne Hospital and a fellowship with the Royal Australasian College of Surgeons, he moved to the Royal Children’s Hospital as the inaugural registrar in paediatric orthopaedics. The first Victorian orthopaedic surgeon to embark on post-graduate training in both the UK and the US, he pursued fellowships at the Royal National Orthopaedic in London, Oswestry in Wales, and in Pittsburgh, where his involvement in basic research informed his later advocacy for laboratory access for orthopaedic research at RCH.

In 1967, Bob volunteered as a surgeon with Australian forces in. On one occasion in the dead of the night, a Viet Cong soldier “requested” he save his father’s life – fortunately, he was successful in doing so. Bob made many life-long friends in Vietnam, including with medical colleagues from the US.

He returned to the RCH in 1972, bringing his expertise in the care of children’s spinal conditions to join Peter Williams, Malcolm Menelaus and William Doig, the team that put the hospital at the global forefront of paediatric orthopaedics. Not just a gifted surgeon, but also a master clinician. Colleagues in Victoria, around Australia and overseas regularly sought his advice on diagnostics and management.

Together with Ian Torode, Bob was instrumental in bringing innovations in spinal instrumentation to the RCH ­­– a huge benefit in the care of adolescents with scoliosis. He remained interested and engaged with the scoliosis clinic long after his retirement, maintaining an encyclopaedic memory of rare conditions and a generous engagement with new trainees.

Director of orthopaedics at RCH from 1990-98, Bob brought a fine intellect, a passion for looking after children, and a larrikin sense of humour to the role. Although not always in agreement with hospital administration and bureaucracy (in many of Bob’s encounters it was a matter of an irresistible force shifting an immovable object!) his style was always understated. A man of few words, who never wanted to be in the limelight, Bob preferred to work behind the scenes, where he was a true team player and gentleman.

Bob’s deep and abiding commitment to support children with disabilities and their families was driven by his own moral values and sense of justice, as well as his experience as a parent. He practised family-centred care, multidisciplinary teamwork and research-informed practice long before the terms entered the lexicon of contemporary medicine and healthcare.

Bob realised there was a need for specialised support for young people who experienced physical and mental health challenges. In addition to committing his professional life to those with disabilities, Bob was a committee member for Waverley Help Mates, a community organisation, for more than 20 years and also director of several similar organisations until the last few months of his life.

After retiring early from surgery due to an eye condition, he maintained a clinical and medico-legal practice and was called upon many times for the conduct of delicate reviews for the Medical Defence Association of Victoria and other medical organisations. His concerns for his medical colleagues in medico-legal matters encouraged him, with others, to establish the Medical Indemnity Protection Society.

His insights and wisdom continued to create legends, such as the case of a 12-year-old boy with recurrent abscesses in his foot. During a morning clinical-case conference, discussion revolved around whether it was a tuberculous infection or a tumour. From the back of the room came the question: “Where did he spend his last holiday?” The answer was: “Cairns, far north Queensland.” “That’s a palm thorn in the sole of his foot on the MRI scan,” observed Bob. A simple operation cured a problem that had persisted for months.

In 2004, Bob, Dinah Reddihough, Bruce Bonyhady and Katie O’Callaghan developed a vision for RCH to become a leader in developmental disability research, and soon the organisation SOLVE was born. Since then, more than $15 million has been raised through philanthropy to fund three chairs and numerous fellowships and the NHMRC has invested $5 million in two centres for research excellence. This funding has underwritten an increasing record of research achievement and a team of more than 70 researchers and clinicians.

Family life with Sue and their three children – David, Georgi and Adam – was imbued with Bob’s trademark enthusiasm and commitment. Family holidays, centred around camping, fishing and sailing, were frequent and more recently Bob’s passion for family extended to his five cherished grandchildren.

He never lost his thirst for knowledge. An avid reader of politics, law, music and art, he was also passionate about Hawthorn Football Club even though he had no aptitude for kicking the ball himself.

Bob’s final 12 years were spent with Pamela and they enjoyed a loving and supportive partnership together during this time. Bob suffered a significant period of illness with his usual courage and dignity. Despite treatments he continued to be energetic and active. He attended a Melbourne Medical School alumni reunion a few months before his death and continued to apply his intellect and wisdom to the design of future proposals for paediatric orthopaedic research even in his final days.

The future of developmental medicine and orthopaedic research in Melbourne is thus guaranteed, much of it due to Bob’s leadership, example and personal efforts in securing long-term funding. He died peacefully at home with Pamela and his family beside him.

Dr Bob Dickens’ name will live on as the result of the continuing transformative philanthropy of Pamela Galli in a soon to be established leadership position and fellowship program in paediatric orthopaedics at the University of Melbourne and the Royal Children’s Hospital.

Previous Trump says he ‘up-played’ coronavirus, Woodward saw ‘denial’ across White House staff
Next When investors won’t back gas, why should taxpayers?