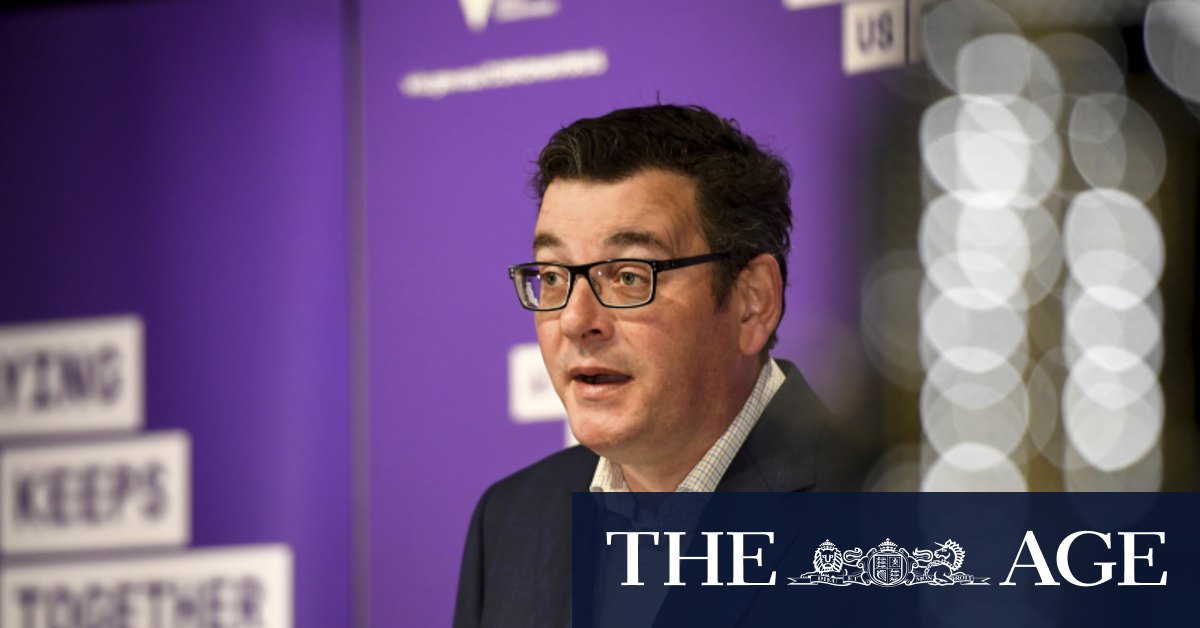 Justice Tim Ginnane ordered defence lawyers to provide affidavits from government officials and outline any objections to having the matter heard in the Court of Appeal.

Justice Ginnane said the case was one “some particular urgency to deal with it”.

But he hesitated to send it immediately to the Court of Appeal because it might not afford the government procedural fairness, and the higher court might send it back if judges decided it was not appropriate for it to be heard there.

“I do understand the restrictions on all individuals in Victoria but they have been imposed by the lockdown and by the curfew … they’re very important matters,” Justice Ginnane said.

Justice Ginnane told Ms Loielo’s lawyers that he would not simply “rubber stamp” their application to have the case heard in the Court of Appeal, where a decision would carry more weight and be heard by three judges.

“This is not the typical case. So the need for a speedy decision might have greater weight in this case than in many cases.”

The government has said the curfew will remain in place until October 26, or until Melbourne reaches a 14-day average of five cases per day. The curfew came into effect on August 2.

Put in place to slow the spread of COVID-19, it originally ran between 8pm to 5am but on Monday its start time was moved back to 9pm.

The origin of the curfew came into focus last week after Chief Health Officer Brett Sutton and Chief Commissioner Shane Patton both said it wasn’t their idea, while Mr Andrews said he could not “pinpoint” whose decision it was but indicated it was decided by the government.

Ms Loielo, an active Liberal Party member, said the lockdown and curfew has left her on the precipice of financial ruin, with her business revenue having dropped an estimated 99 per cent which may result in her losing her house.

Ms Loielo, who joined the party three years ago, was non-committal when asked at a press conference on Wednesday if she was seeking preselection at the next Victorian election.

“I may do so … [but] I don’t think that my political or anybody’s political affiliation stops them from having an opinion,” she said.

“I’m a mum with three kids. I have certainly had a not easy journey in life, I am on my own raising a 13-year-old, an 11-year-old and a five-year-old, and I am just seeking to be heard.”

Ms Loielo said she was confident the curfew would be lifted and she was not seeking damages or compensation.

“The ultimate goal is to be able to stop at the BP on the way home and grab my milk and bread, as I used to,” she said.

If Ms Loielo loses the case she may be liable to pay the costs of government lawyers. The matter is next due in court on Tuesday.