admin September 18, 2020 Latest News Comments Off on Behemoth looming not just as a track star but as a cult hero 24 Views 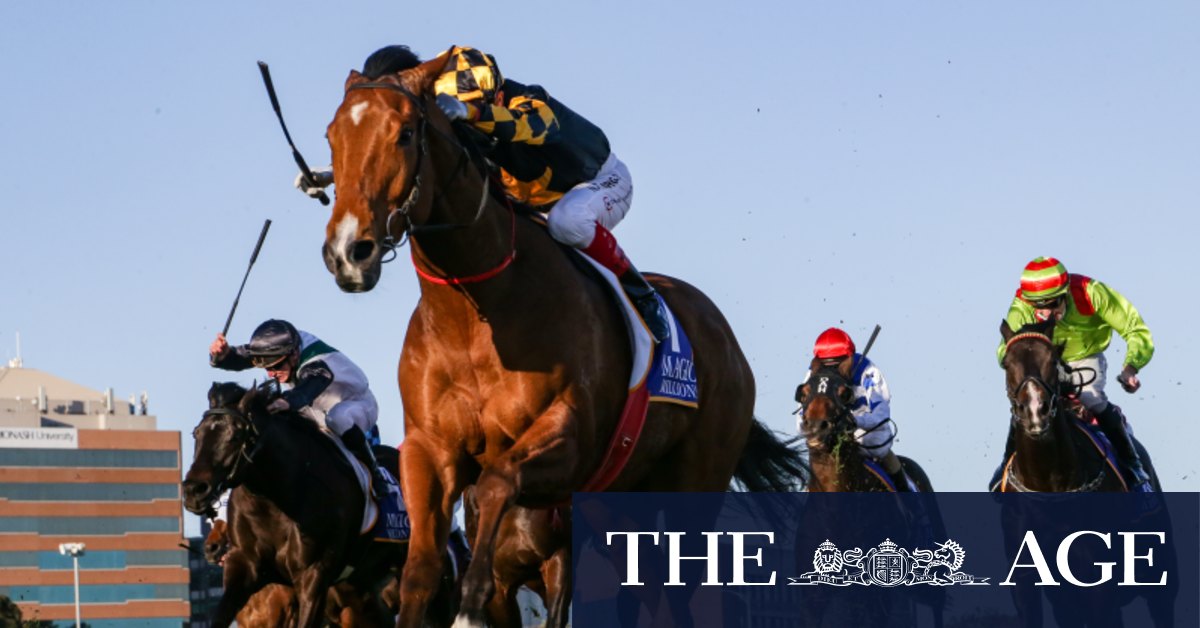 The Memsie was at weight for age, the Sir Rupert Clarke is a handicap in which the David Jolly prepared, Craig Williams ridden gelding will have to shoulder 60 kilos, conceding up to six kilos to his 15 other rivals.

When you consider they include group 1 winners Streets of Avalon and last year’s Sir Rupert Clarke hero Begood Toya Mother, the Waller stable’s Madam Rouge, just touched off in a photo finish in the group 1 Stradbroke, and last year’s group 1 winning Blue Diamond scorer, the three-year-old Tagaloa, it is a stiff test.

But Sam Lyons, racing manager of Grand Syndicates, is optimistic that the five-year-old son of All Too Hard is up to the challenge.

”He arrived from Goolwa (where Jolly trains on the SA south coast) early this morning and is in great form,” Lyons said on Friday morning. ”We could not be happier with him. I know everyone says that, but it’s true in this case.”

Behemoth’s name is very apt as he is a big boy, and his back story is one which will give hope to every battling horseman and racetrack dreamer.

Bought as a weanling for $120,000, when he went to the Magic Millions yearling sales 12 months later he failed to impress and the Grand Syndicates group was able to buy him for just $6000.

His earnings to date are $1.3 million, and that, says Lyons, should help make him ”the people’s horse”.

”He’s also 17 hands, 600-plus kilos, he’s a big burly unit and he’s not pretty. He wasn’t expensive – he’s really the tradesman who came good. Hopefully he can get that badge of being the people’s horse, it would be great.”

It would certainly come in handy later this season as the plans are for Behemoth to target the
$5 million All Star Mile in the autumn when it is due to be staged for the third time, the 2021 version at Moonee Valley. The bulk of the field is selected by popular vote, so having a nationwide fan club will come in handy.

So why was he so cheap and how did Lyons and his team manage to snap him up?

Lyons explained that it was probably because his X-rays weren’t the best. Many are put off by the pre-purchase scans, but Grand Syndicates liked the look of the horse on type they went ahead anyway.

”John Price, who also trains for us, is our main bloodstock consultant and he’s a genius at finding these horses. We all looked at him and liked him a lot, but assumed he would be far too expensive for our budget,” Lyons explained on Friday.

”It just happened that I wasn’t in the ring, neither was Peter Morley, the owner of Grand Syndicates, then John rang us and said ‘I just bought that All Too Hard for $6000’.”

The group are hoping they have a long-term money-spinner on their hands.

”Our job is to look after him and make sure he races until he is seven or eight, make sure he stays sound and happy. We won’t overtax him and we want to make the story last as long as we can for everybody.”