Biden lashes Trump over his ‘close to criminal’ COVID-19 response 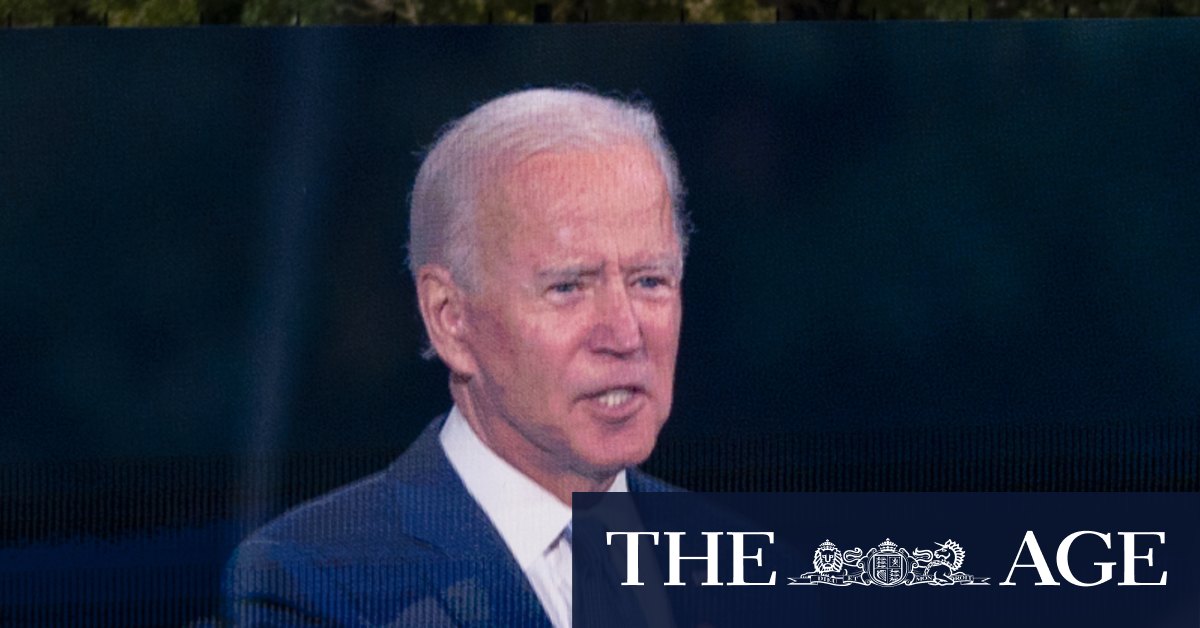 Trump said again on Wednesday that a vaccine for COVID-19, the disease caused by the virus, could be ready for distribution ahead of the November 3 election.

Most health experts, including Robert Redfield, the director of the Centres for Disease Control and Prevention, have said a vaccine will not be widely available until mid-2021.

The broadcast from Pennsylvania was the first town hall-style event that Biden has done since accepting the Democratic nomination for president last month, giving viewers a rare chance to see him answer questions from people whose votes he hopes to win in November.

Trump has accused Biden of spreading “anti-vaccine rhetoric”, while Biden has emphasised that he will listen to scientists, not the President, regarding a vaccine’s safety.

The cable network described the event, in Biden’s birthplace of Scranton, Pennsylvania, as a “drive-in town hall”: participants remained parked in their cars outside a minor league baseball stadium to ensure they stayed safely distanced from one another.

For much of the summer, Biden held mostly virtual events from his home in Delaware, drawing criticism from Trump that he was hiding.

But Biden maintained an advantage over Trump in national opinion polls throughout, as the pandemic and subsequent economic downturn battered Trump’s standing among voters.

In recent weeks, Biden has begun to travel again to swing states for campaign appearances, but they have been largely devoid of attendees, aside from reporters and invited guests in a nod to the ongoing pandemic.

Trump, who has returned to holding large rallies both indoors and outside, participated in an ABC town hall with undecided Pennsylvania voters earlier this week, during which he defended his administration’s response to the outbreak, despite acknowledging to the journalist Bob Woodward in March that he had deliberately downplayed the virus’s deadliness.

COVID-19 has killed more than 195,000 and infected more than 6.3 million people in the United States, the most of any country.

Biden and Trump will both travel to Minnesota on Friday, the first day of early voting there.

Previous ‘How is this fair?’ Expats furious after Lord Sugar brags of flying into Sydney
Next Farnan to run in The Everest for Aquis and miss Golden Rose

In the US election’s shadow, Chinese leaders try to define next decade