Breaking News
Home / Victoria News / Being called ‘bitch’ in the street? Lockdown fatigue is no excuse for this

Being called ‘bitch’ in the street? Lockdown fatigue is no excuse for this

admin September 19, 2020 Victoria News Comments Off on Being called ‘bitch’ in the street? Lockdown fatigue is no excuse for this 17 Views 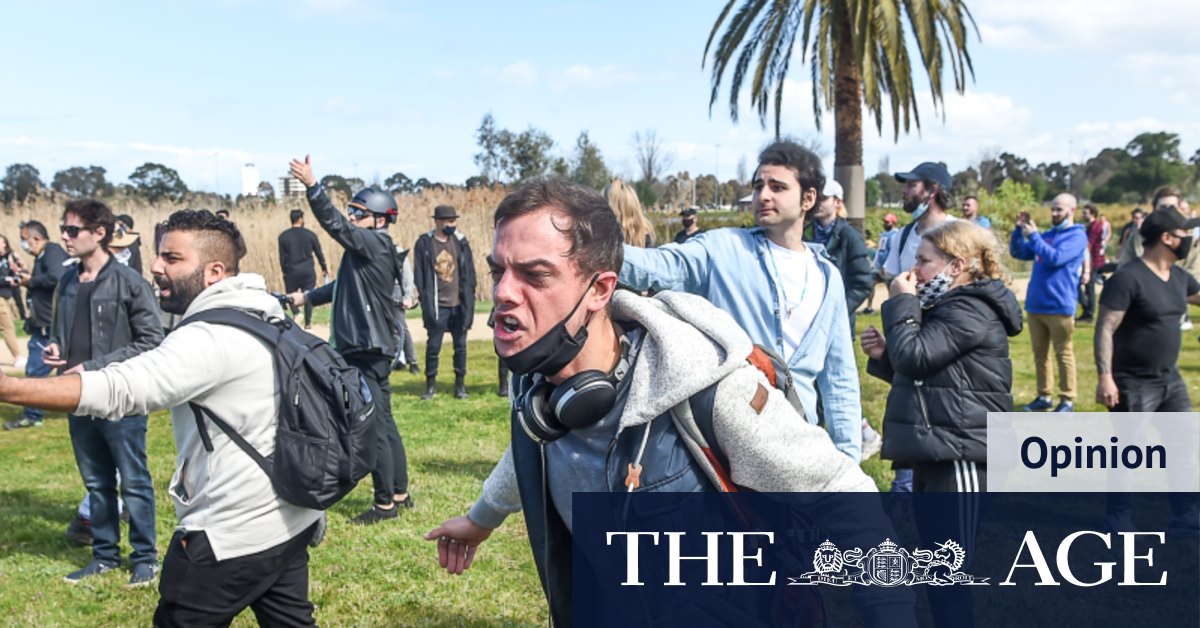 “I’ve asked patrons why do you need to behave like that and told them to keep their money, I don’t want it.”

“Why do you need to behave like that” – especially in your own backyard – is how I felt when abused by a man in a crisp button-down shirt as I walked home with flowers for my dad on Father’s Day.

That bit of footpath is more than two metres wide and was void of anyone but me and the guy who must have been walking a determined straight line behind me.

I stepped to the edge to make sure I could not possibly be in anyone’s way to read a text. I must have obstructed this stranger’s intended path because he sniped “bitch” as he stomped past.

Asking around, it transpires that despite all the uplift we’re receiving from hopeful stories about kindness, my experiences of tensions you would never have expected in our small, and the wider, community are common.

We’re all under serious pressure, yet as many Melburnians dig deep to help others and at the very least not to make others’ lives more stressful, others are are being, well a-holes.

Sammy J captured this strange backlash against “all in it together” in an amusing way in his song this week What will we tell our grandkids (Were you an arsehole back then?), but experiencing this random rage is far from amusing.

Another friend, a small businesswoman with plenty of resilience, was shaken when an older man passing her in Port Melbourne saw her lower her mask to sip coffee and barked “put your f—ing mask back on you c—“.

Demographer and social commentator Bernard Salt confirms this kind of experience is happening more frequently and shows strain at the time when we face the greatest collective stress-test since Japanese subs entered Sydney Harbour and Darwin was bombed in 1942 – except right now only one city is going through the worst of it.

“There’s no doubt there’s a fatigue and a tetchiness emerging; you can almost see the trajectory,” says Salt, who lives in Camberwell. “Everyone’s heard that language – and it’s from a standing start to that. This is really where we’re at.

“The second lockdown really changed the mood and when it was extended it really pushed us to the edge. The tolerance factor has all but disappeared.”

So, now we’re turning our disappointment into bullets and randomly picking off strangers. Melbourne, come on, this is not a coping strategy.

Evidence our lockdown fatigue is turning to contempt just under the surface, and breaking through, is corrosive and will make recovery of any sense of “normality” that much slower.

Personally, having seen these and other confrontations, though I am quite tough, I am now wary of forgetting to step on eggshells and copping a burst.

I understand August’s bad-on-bad press conferences made us feel powerless, and the sight of conspiracists invading the community playground of Albert Park Lake and upending the “peace and prosperity” (the motto on Victoria’s coat of arms) of the Queen Victoria Market this month has made us nervy.

The questions with no answers about when our lives may return are hugely frustrating and fanning anxiety. We all sense it.

Yet now it seems it’s not just the outliers who feel smashing another person’s tenuous equilibrium is pandemic-acceptable and a tolerable way to deal with one’s own emotions. This only risks sending the 2020 stain deeper into the fabric of our celebrated Melbourne community.

The panic buying was predictable, the hoarding almost understandable, even the sharp increase in people dobbing each other in for breaking coronavirus restrictions is explicable, when, according to Melbourne University social psychologist Professor Brock Bastian, people are doing it believing they’re serving the greater good.

Bastian says a “tightening of the social norms” under which people are doing their best to aid and end this by holding ourselves and each other to account is evident. Fortunately, he says, if we can resist the temptation to hold onto resentment, including if we experience the kind of ugliness above, the community will emerge unscathed or stronger.

Being willing to put ourselves out to get this done is admirable, if uncomfortable. But with weeks of weird lockdown life to go, if I never encounter bad and aggressively selfish behaviour from a stranger/virtual neighbour again before the end of this, it will still be too soon.

Wendy Tuohy is a senior writer.

Previous Faith column: Dreaming of a Quinn Christmas
Next Blues have talent and game style to play finals: Teague