Blues have talent and game style to play finals: Teague 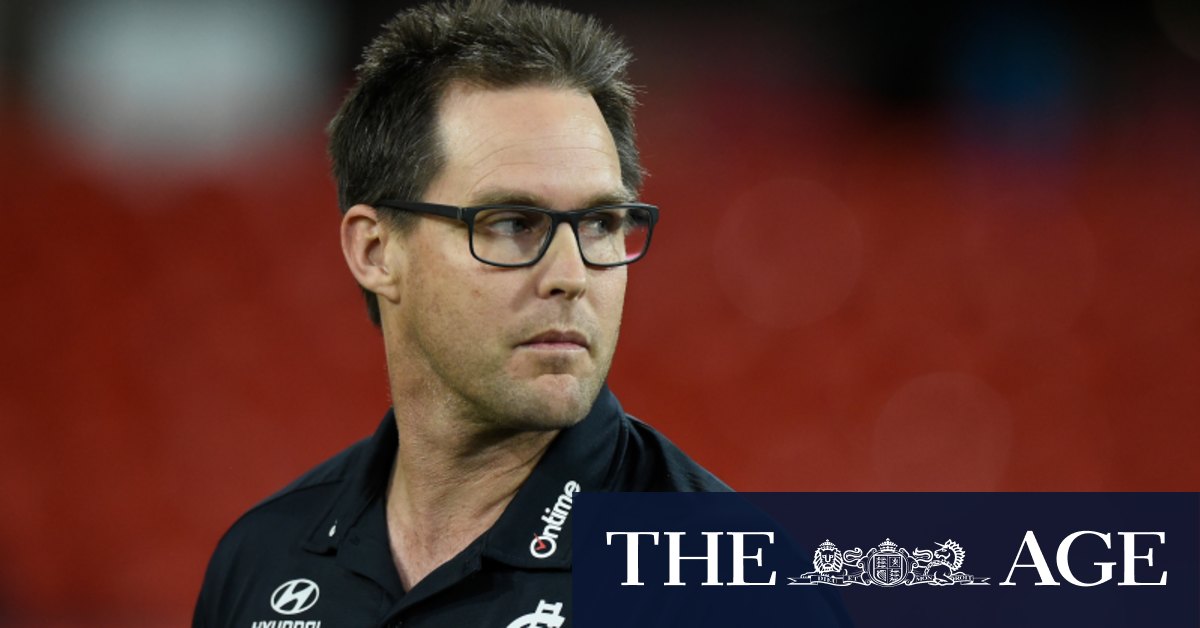 “For a weeks there, earlier in the year, it was losing contests like today, get the ball forward and they scored. That was what happened. We couldn’t get the ball out of our back half.”

The Blues finished the campaign with a 7-10 record – the same number of wins as last season – although this was a shortened season. They won five of the eight matches they were involved in that were decided by nine points or less.

They had been in finals contention even until last week’s shock loss to Adelaide but that defeat and earlier losses to Collingwood and Greater Western Sydney reinforced this was a group not yet ready to end a run of seven years without post-season action.

“I have great belief in this group … we have been in every single game this year, competed, we have had periods (of dominance), we have won quarters but, as much as I am positive and optimistic, and we have improved, we know that we have got get better,” Teague said.

“We have got to become stronger in the key moments. We need to stand up more when we are under pressure. We have got a lot of work to do. As much as this group has grown, and we have a lot of belief in this group, we have got to get better.

Co-captain Patrick Cripps innocuously hurt his troublesome left shoulder in the second term. He briefly left the field, returned but the Blues cut short his evening at three quarter-time.

“He hurt his shoulder. He has hurt it a couple of times this year. It’s one of those ones where he hurt it but is fine by the next week,” Teague said.

The Blues are set to be busy through the trade period and Teague said they need midfield help for Cripps, Marc Murphy and Ed Curnow. Greater Western Sydney’s Zac Williams is on the radar.

Lions coach Chris Fagan declared his side deserved to be minor premiers and the pressure is now on Port Adelaide to retain top spot when they face Collingwood in the final home-and-away match on Monday night.

The Lions have surged into top spot on the back of seven-straight wins and can secure their first minor premiership in club history should the Power lose.

“It’s always good to do something historical and no Brisbane side has done it. It’s not in a our hands – it’s really in Port Adelaide’s hands in that game on Monday,” Fagan said.

“The pressure is on them now. I am glad it is not on us. You never know – we might be a chance to do something that no other Brisbane side has done which will be great for this group because they have been a fantastic group to coach and they deserve every little bit of success they get.”

The Lions have finished a compressed season 14-3 and appear well placed to erase the memory of last year’s straight-sets exit from the finals.

“I think we are better for the experience we had last year but you have got to get the results on the board. A new season is about to begin with finals,” he said

“We are desperate to do well.”

What is to the Lions’ advantage is that all of their finals could be at the Gabba where they are 9-0 this season. They will also have the lure of an historic grand final on home turf.

The Lions led by 28 points at half-time but the Blues rallied, booting six goals to three although they could not close to within single digits. Cam Rayner’s goal after the three quarter-time siren from a questionable free kick proved crucial.

Young Blue Sam Walsh was a stand-out with 31 disposals in driving rain, completing a fine second season, while Harry McKay had three goals and has emerged as a long-term focal point.

Simpson had 19 disposals and he and fellow retiree, the injured Matthew Kreuzer, were given a guard of honour as they left the field. Simpson said he would busy over the next few days responding to messages.

“I probably should apologise because I don’t think I got back to anyone. I was just trying to put the phone away so over the next few days I will get back to everyone who sent well wishes, calling me,” he said.

The Lions dominated the inside-50 count 61-37, while midfielder Lachie Neale strengthened his bid for the Brownlow Medal with 29 disposals.

Previous Being called ‘bitch’ in the street? Lockdown fatigue is no excuse for this
Next This AFL season is as legitimate as any other