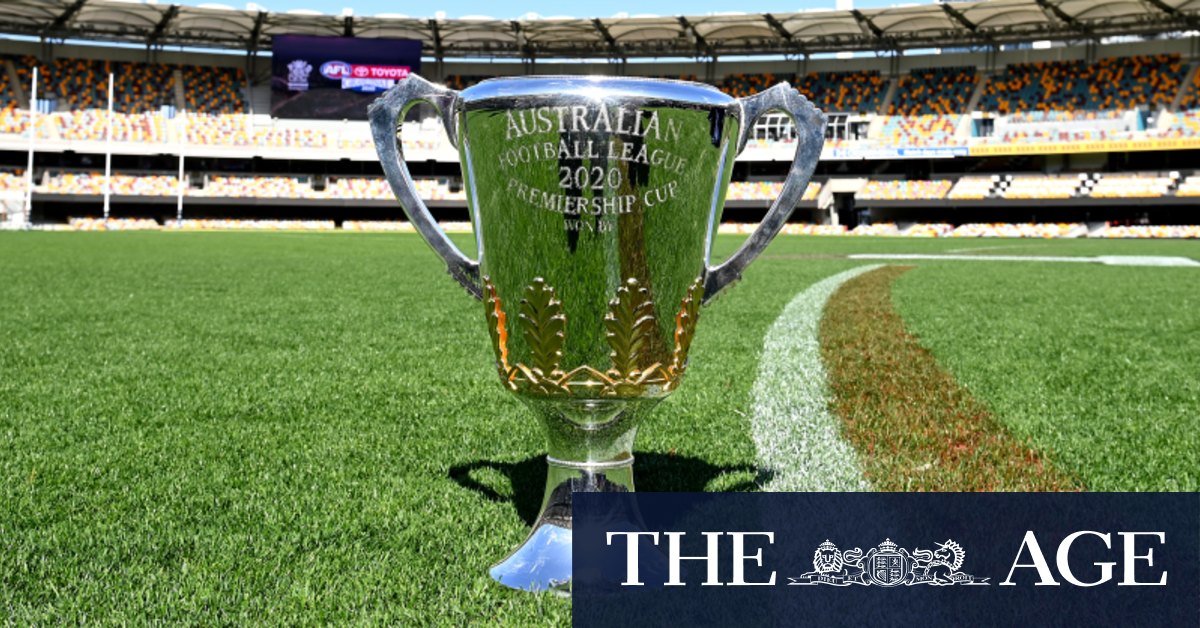 It is a rematch of last year’s qualifying final, where Richmond beat the Lions at the Gabba.

Collingwood, given their loss to Port, will face a stint in quarantine in Perth over the next couple of weeks heading into their elimination final with West Coast.

The Eagles, because they finished fifth, are set to be awarded a proper home final by the AFL and despite having restricted travel in Perth they will be allowed to stay in their own beds and train in their home facility in Western Australia.

The Eagles expect to regain stars including Luke Shuey, Dom Sheed and Mark Hutchings for the game.

The second elimination final will be the only all-Victorian affair of the first week of finals with the Western Bulldogs taking on St Kilda, in the Saints first final since 2011.

This match may also take place in Adelaide, along with the Port and Geelong match, with the AFL weighing up that decision.

The finals begin on Thursday, October 1.

The AFL will release times and official venues later this week.