Eagles would be ‘pretty confident’ facing the Pies: Nathan Buckley 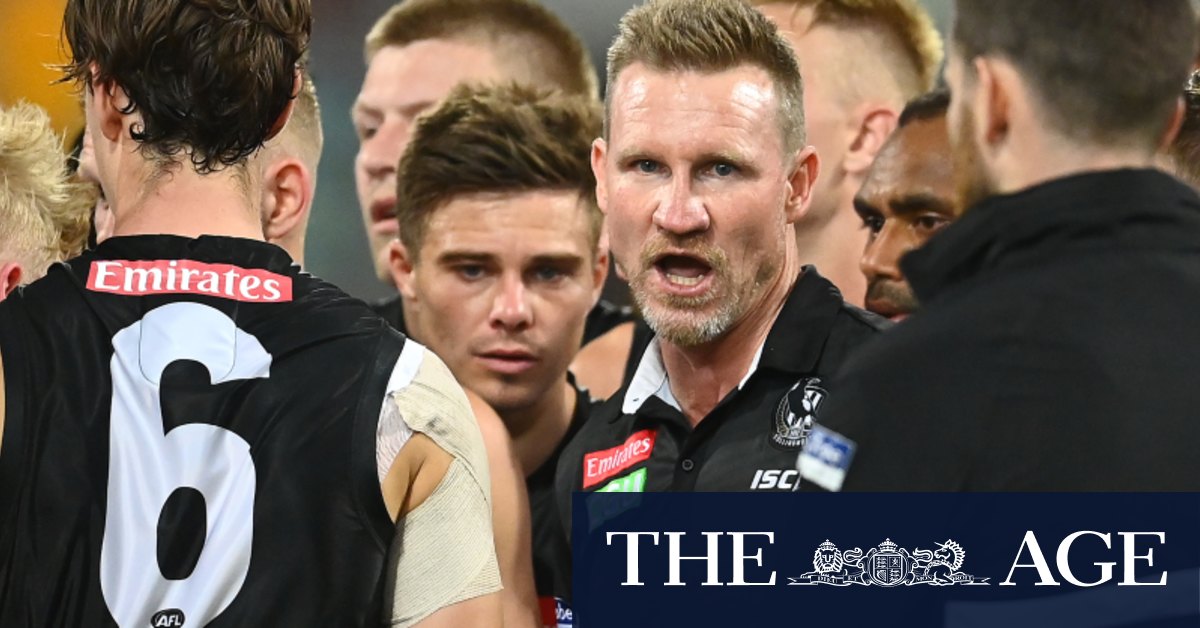 But Buckley said the Magpies would not use that round eight game as a reference point. “One thing I won’t be doing is looking back at how we played that game because we played a long way from where we have for the majority of this year.

“If you’re using that as a check point, I’m happy for others to do that but we won’t be.”

Buckley was disappointed with Collingwood’s loss to Port Adelaide, in a match that would have given the Pies a home final in Queensland, rather than one in Perth against the formidable West Coast.

Buckley said they would have liked to win, not just for the club, “but for Pendles”. Captain Scott Pendlebury set a club record for games played (314), passing Tony Shaw and also Buckley’s own record for most games as captain.

“It is disappointing not to get the job done. I don’t think it was a lack of effort or want. We didn’t do the basics well enough. We didn’t test them with effective ball use often enough.”

Buckley suggested the loss could be read two ways, given Port were the top side.

“If that’s the best team in the comp – and the ladder shows that they are – we’re either not far away or a long way away. It’s quite marginal in the contest….we’ll get learnings out of that.”

Buckley said the Pies had overused handball under pressure: “It’s a familiar refrain but we were probably too happy to look for handballs under pressure, slippery conditions. We went forwards better in periods, trusted our contest a little bit more.”

But the Collingwood coach said the Pies had “to take the positives out of our year and out of this performance” and then “look to improve on where we fell short”.

Buckley said the Magpies would be familiar with the travelling and quarantine set-up in Joondalup. “We would have an elimination final here or one in Perth. In the end, you’ve got to win – that doesn’t change.”