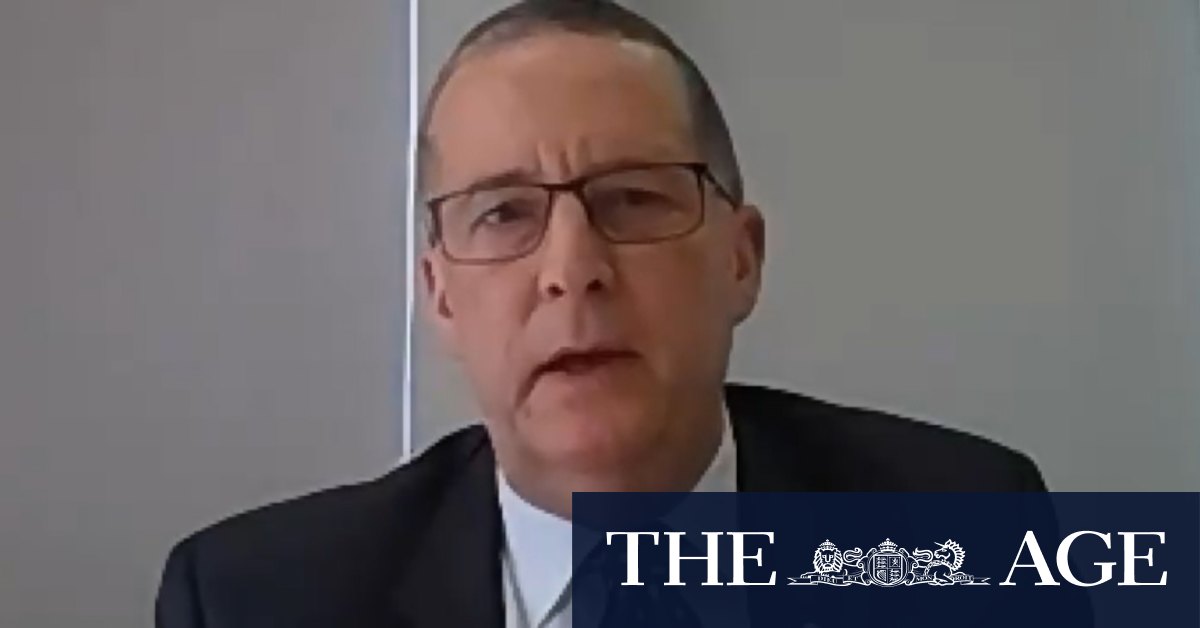 The virus spread into the community and sparked Victoria’s deadly second wave.

Text messages between a senior public servant and an emergency services boss revealed the role of the Defence force was being considered before hotel quarantine started.

In the messages, shown to the inquiry on Monday morning Kate Houghton – who as deputy secretary of the Department of Premier and Cabinet is the second most powerful public servant in Victoria – texted Emergency Management Commissioner Andrew Crisp about 2pm on March 27: “Just wanted to update post-national cabinet on use of ADF.”

Mr Crisp texted back: “Thanks – I think my minister has some idea of ADF and that’s what we’re discussing with Graham Ashton [the then-chief commissioner of Victoria Police] at the moment. Will call.”

In evidence last week, Mr Ashton said he believed Mr Eccles was one of the people who might have suggested to him the use of private security guards. Mr Eccles has denied this.

In a statement, Mr Eccles said he did not have a copy of Mr Ashton’s text on his phone, adding: “I do not now recall what, if anything, I did in response to that text message”.

“No decision was made by me nor, as far as I am aware, any other person within [the Department of Premier and Cabinet], to engage private security for use in the hotel quarantine program,” Mr Eccles said in his statement to the inquiry.

Mr Eccles told the inquiry on Monday his first thoughts after he emerged from a meeting of national cabinet on March 27, in which the decision to enforce mandatory quarantine of international arrivals was made, was to deal with a “need for hotels and a need for people with deep logistical experience”.

The inquiry has heard the view that hotel quarantine in Victoria was more of a logistics and accommodation program, rather than having a health focus, permeated throughout the scheme and potentially resulted in a lack of clarity and processes around infection control.

Mr Eccles told the inquiry he didn’t contemplate enforcement of mandatory quarantine until Victorian Secretaries Board meeting on March 27 at 4.30pm.

At the board’s meeting was Mr Ashton and the heads of the departments, including the Jobs Department, who understood from Mr Eccles after national cabinet that it was their job to source the hotels as the first priority.

Notes of the board meeting were shown to the inquiry.

Next to the letters GA [Mr Ashton] the notes read: “ADF will be assisting in spot-checking processes from what the PM and the Premier confirmed … we’re trying to keep the ADF presence back of house – to prevent the ADF presence obvious to the community etc” and “police wont [sic] guard but will be doing the checks?”

Mr Eccles said he couldn’t recall the discussions in the Victorian Services Board and said the note “could be as high or as low as me making a deduction based on the narrative through the VSB at that point rather than me drawing a conclusion that there will inevitably be a role for private security.”

He also couldn’t remember if his department had any involvement in providing advice about who would be enforcing quarantine.

Previous TikTok affair exposes ugly intersection between US politics and capitalism
Next ‘Never been here before’: Harvey Norman profits up 185 per cent as retailer captures more COVID spending