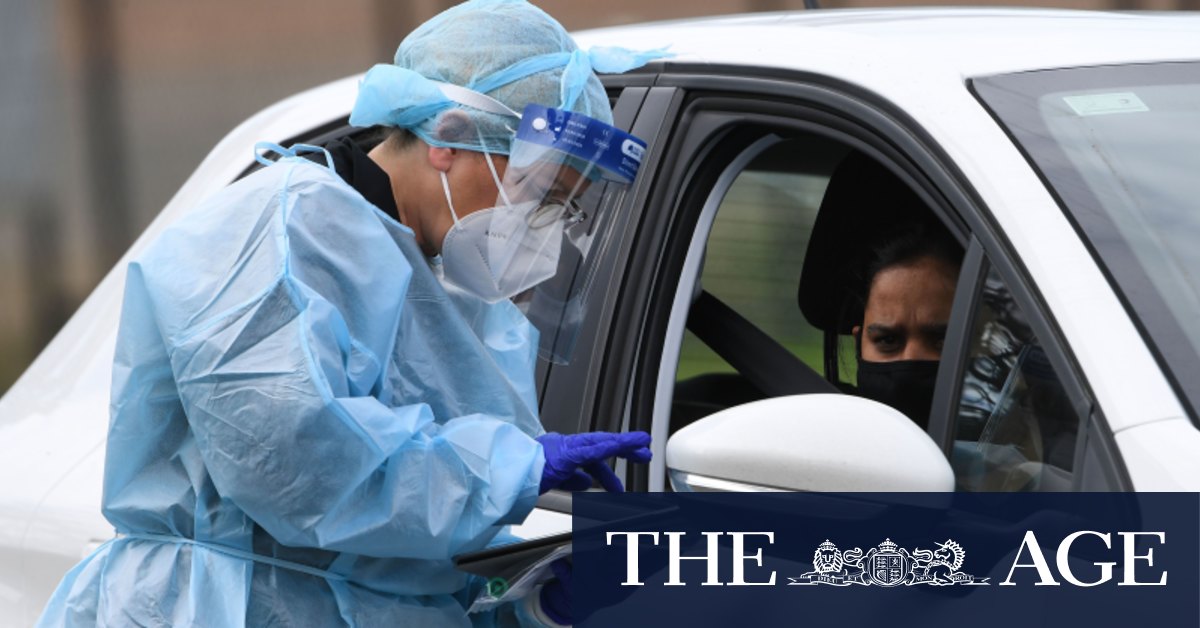 “That is a matter that will be informed by the data I have just reported, plus tomorrow’s numbers, and so on and so forth,” he said.

Asked if that meant businesses would only get a day’s notice, the Premier said the government was in “deep conversations and ongoing conversations” with industry representatives.

“I wish I could provide an absolutely definitive answer today [about] what was going to happen,” he said.

“That is not the nature of this thing. There are many wicked things to this virus.”

Of the new cases, 22 are linked to known outbreaks and the majority of these are in aged care, Mr Andrews said.

Deputy Chief Health Officer Allen Cheng said this meant health authorities had had contact with the 22 before now, but six cases could not be attributed to known outbreaks.

“Every mystery case is at least one other case out there that we don’t know about. It’s really important that we do our best to try and track where these cases come from,” Professor Cheng said.

“We have had 28 cases today. I think that does reinforce we’re looking at a long-term trend, you know, over 14 days, rather than one-off days.

“We do have 620 active cases. This is 620 people who are potentially infectious and can transmit the infection on. And we have 1,173 close contacts. So, again, some of those people will become positive and that’s really why we are looking for a relatively low number before we exit rather than just sort of single one-off reports of the day.”

Minister for Disability, Ageing and Carers Luke Donnellan said the upgrades would be mostly “maintenance-based” and include dementia-friendly gardens and better kitchens, common areas, and floors.

Mr Andrews said he was concerned by cases in disability facilities.

As of yesterday, that number was four, all of them staff.

“They are very low numbers but those settings are always a concern to us,” Mr Andrews said.

Mr Andrews was initially due to front the inquiry into hotel quarantine on Wednesday, but that appearance has been rescheduled to Friday afternoon.