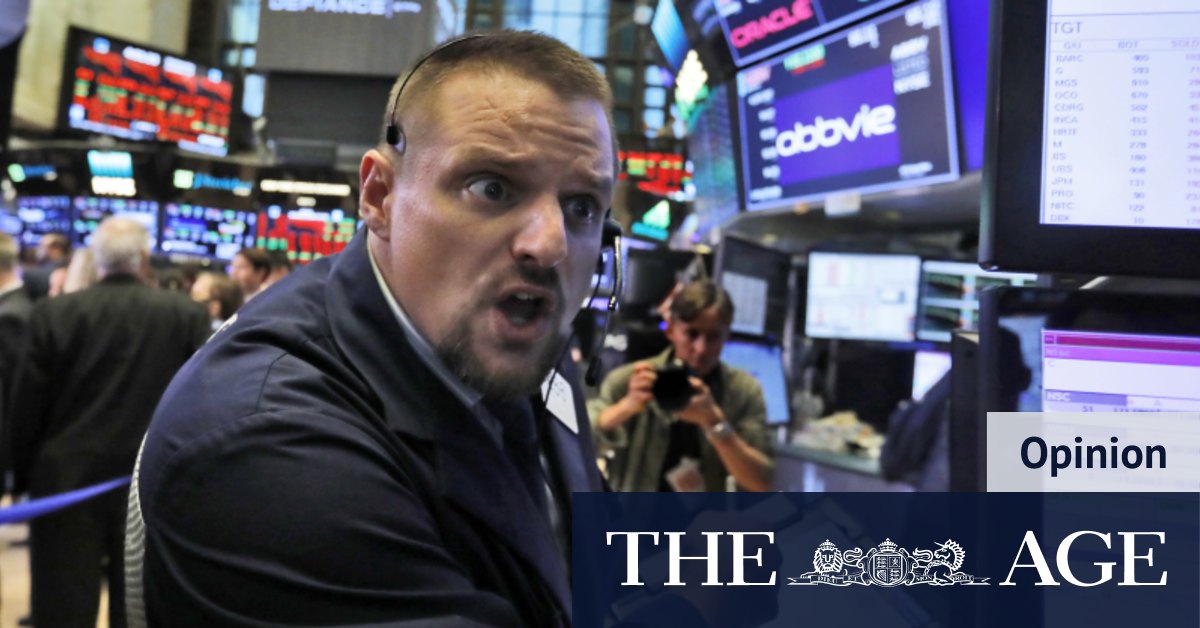 It was just 12 trading days ago that the S&P 500 capped an almost uninterrupted 60 per cent rally from its March lows, leaving the benchmark at the most-expensive level since the height of the internet bubble. Since then, about $US3 trillion ($4.2 trillion) of the index’s value has been erased as it tumbles toward a correction.

Suspected culprits for the sell-off abound: Congress hasn’t agreed on another fiscal stimulus package, an increase in COVID-19 case counts in Europe is raising the spectre of more lockdowns, and the Federal Reserve last week failed to give new details on its bond-buying plans. Before those headlines, stock valuations had been surging, setting the stage for a swift reversal whose speed rivals any in history.

While it’s often said that valuations are poor market-timing tools, and rock-bottom interest rates do bolster the case for higher stock multiples, there were plenty of signs that equity prices were getting stretched. When the S&P 500 last hit a record on September 2, the benchmark traded at 27.8 times reported earnings, surpassing levels from 2002 for the first time to reach the most expensive since 2000.

“Sometimes when you look down from a high height, it’s scary – and it works that way with markets and valuations too,” said Lawrence Creatura, a portfolio manager at PRSPCTV Capital. “Investors are instructed by the past; we are all students of the past. And those history lessons oftentimes leak into investor consciousness.”

American dream or nightmare?: An investor’s field guide for next week’s US election

Even if a clear result for either candidate is achieved in good time, local fund …