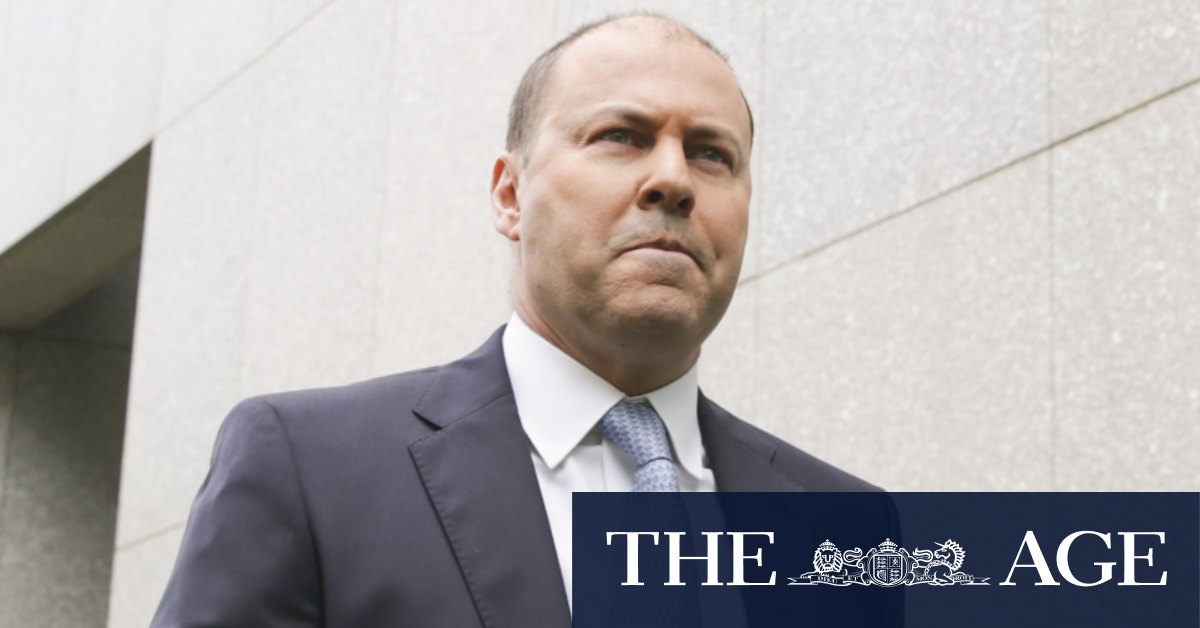 “The reforms are a critical part of our economic recovery plan and will help to boost business confidence and dynamism across the economy by allowing viable businesses to survive as our economy rebuilds,” Mr Frydenberg said.

The changes come as Mr Frydenberg resets fiscal policy to drop old assurances about a return to surplus amid widespread estimates the October 6 budget will show a deficit of more than $200 billion.

The Treasurer will use a speech on Thursday to outline a two-step strategy that offers financial support during the recovery and is followed by a second phase that rebuilds the budget while keeping taxes low.

A crucial element of the formal strategy will be to maintain the existing cap on tax as a share of the economy, which is 23.9 per cent.

Thousands of companies have fended off insolvency or liquidation under a temporary regime Mr Frydenberg announced in March and has extended until December 31, raising questions about how many will collapse when the rules end.

The government claims a 46 per cent fall in the number of companies that went into administration from March to July compared to last year.

But CreditorWatch chief executive Patrick Coghlan has warned of a spike in failures next year.

Borrowing from the US regime, the government will offer a new pathway for companies with liabilities of less than $1 million so they can call in a small business restructuring practitioner to deal with creditors.

Once this is approved by the board, the business owner would gain protection from unsecured and some secured creditors, who would not be able to enforce personal guarantees against directors or their relatives.

The business owner would have 20 days to develop a plan to restructure the debts while keeping control, a big shift on existing laws that hand control to outside administrators or receivers.

Once the plan is put in place, creditors have 15 days to vote on it and any percentage of disbursements that would be paid to the small business restructuring practitioner, adding to the original flat fee.

If the plan gains majority support in a vote of creditors by value, the business continues and the practitioner oversees the distribution of any funds to those who are owed money.

If a plan is rejected by creditors, the company would go into administration and insolvency under a modified version of the existing laws.

Promising to make the process faster, the government is planning a “simplified liquidation pathway” that reduces the investigative requirements and reporting for liquidators.

The insolvency regime will also be amended to waive the fees associated with registering a liquidator.

While the government’s aim is to offer a faster and cheaper way for companies to restructure, the sweeping changes are yet to be put to the insolvency industry for feedback on the details.

Mr Frydenberg is aiming to put the reforms to Federal Parliament within weeks and have them passed so the rules can take effect on January 1.

The Australian Chamber of Commerce and Industry has called for insolvency provisions to be progressively wound back rather than go back to normal in one hit. The Council of Small Business Organisations of Australia also said some businesses were choosing to stay open only to receive JobKeeper for their employees.

Previous ‘Dramatic change’: Ex-NBN Co executive says 5G is behind government NBN upgrade
Next 15 minutes to diagnosis: the quick COVID test that could ‘change the game’