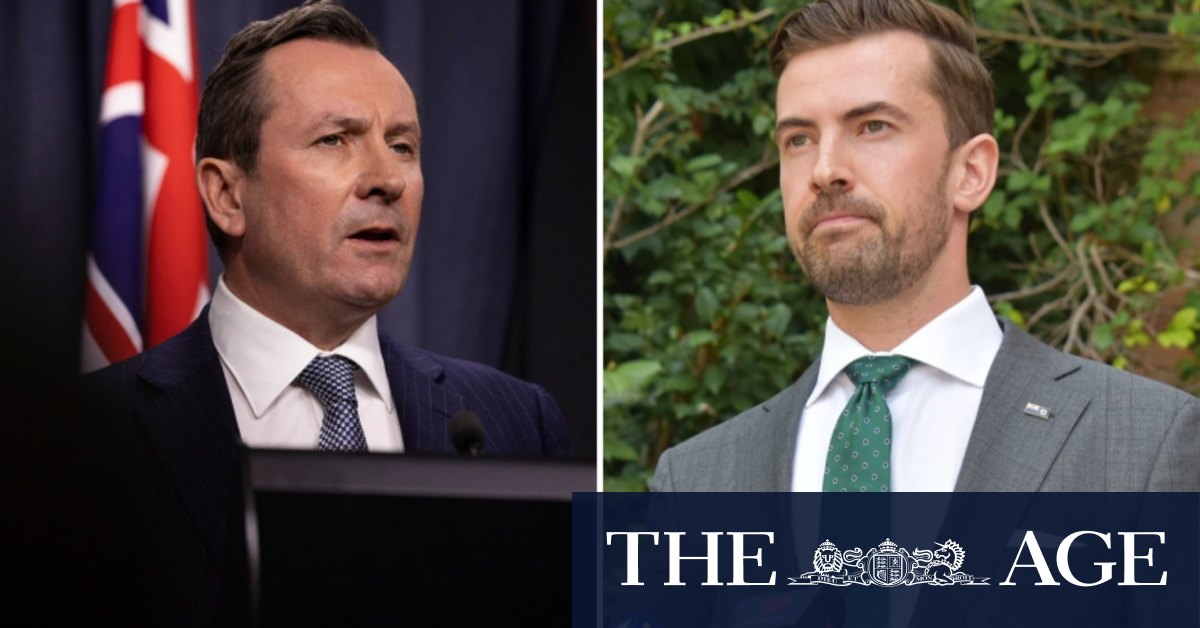 The Premier claimed Mr Palmer said he was “open to accepting multimillion-dollar bribes from Chinese interests in return for permitting them access to valuable state natural resources”.

“Each [allegedly defamatory] publication was made with the intention of causing political harm to [the Premier],” Mr McGowan’s lawyers claimed.

He called me a criminal. He compared me to Adolf Hitler and Saddam Hussein and Richard Nixon. He said I was corrupt … I mean it’s pretty defamatory stuff.

“I am focused on the important issues like ensuring our West Australians can get home from overseas and interstate in time for Christmas so they can reunite with their families,” she said.

Liberal MP Zak Kirkup slammed Mr McGowan, accusing him of caring more about his “own inflated ego” than the people of WA.

“The Premier needs to harden up. I didn’t realise we elected a princess in 2017,” he said.

“That’s not how premiers act, they should act on behalf of the state of Western Australia, they don’t use West Australians’ money to defend their own egos.

“If he’s got such a glass jaw, maybe Mark McGowan is in the wrong job. He really should be more focused on standing up for Western Australia and spend taxpayer dollars on things like getting more police onto our streets, expanding our hospital emergency departments and stopping classroom roofs caving in on kids at school.”

Mr McGowan said he didn’t bring the action, but lodged his own defamation claim in response to Mr Palmer’s.

“He called me a criminal. He compared me to Adolf Hitler and Saddam Hussein and Richard Nixon. He said I was corrupt … I mean it’s pretty defamatory stuff.

“And he repeated it on numerous occasions in a massive advertising campaign that annoyed the hell out of everyone.”

The Premier said he had been advised he had a strong case.

Mr McGowan’s claims relate to comments quoted by Mr Palmer in interviews in national media outlets, comments he made at press conferences, in media releases and in advertisements published in WA. It also covers comments made by Mr Palmer on social media.

The Premier also filed his defence to Mr Palmer’s defamation claims, which relate to statements Mr McGowan made outside Parliament condemning the Queensland mining magnate over his multibillion-dollar claims against the state.

Mr McGowan’s lawyers will argue he could make the statements about Mr Palmer because he had “implied constitutional freedom of communication about government or political matters”.

The Premier’s office said if he won in court, any damages he was awarded would be used to offset the costs of Mr Palmer’s defamation against him and the state would keep any money left over.

Previous The end of an error: Brisbane’s hellish season and the mountain ahead
Next Bolsonaro tells the world: Brazil is victim of ‘brutal misinformation’