admin September 25, 2020 Sport Comments Off on Opals guard comes up big as Storm move within a win of WNBA decider 31 Views 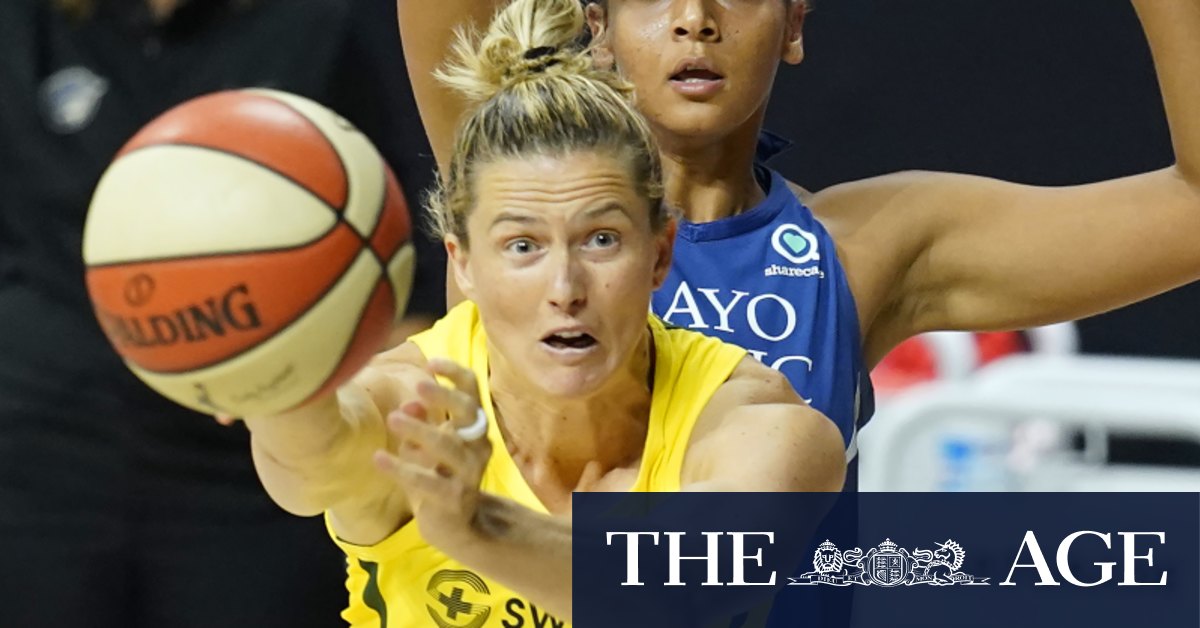 Enter Perth shooter Whitcomb and recent Southside Flyers import centre Mercedes Russell who came off the bench late in the third term and helped steady the side, which had faced several days of uncertainty after some “inconclusive” COVID-19 tests put a cloud over several players until they passed follow-up tests.

Whitcomb’s start to the fourth quarter caught the eye as she lifted the tempo, knocked down a three and set up Russell for a lay-up to see the lead back into double-figures.

Whitcomb, who also had three assists and two steals in her 13 minutes, left the game with four minutes to go and her team in command.

Australian rookie and Melbourne Boomers centre Ezi Magbegor played a few minutes off the bench for the Storm as the side is going with their veteran performers.

But if her chance does come in game three, she just has to follow Whitcomb’s lead and attack the contest.

Players and officials linked arms before the game and Lynx forward Napheesa Collier read a statement from all WNBA players reflecting their anger that no charges have been laid against the policemen who shot and killed a Kentucky woman Breonna Taylor in her home.

WNBA and NBA players have been campaigning for charges to be laid. Kentucky officials ruled the shooting was justified but charged one officer with firing shots which went into a neighbouring apartment.

Collier said the players would continue to demand charges be laid.

The Connecticut Sun have a 2-1 lead in their semi-final series with the Las Vegas Aces after a 77-68 win on Friday. They can clinch the series with a game four win on Monday.

Laney polled 25 of the 47 votes after starting all 22 games for the Atlanta Dream and posting career highs in a number of statistics including boosting her scoring average from 5.6 points per game to 17.2.

Previous Denis Glennon told his daughter at her grave, ‘I will do all in my power to find the person responsible’
Next Coronavirus updates LIVE: Victoria records 14 COVID-19 cases as Daniel Andrews confirms ease of state’s restrictions this weekend; Australian death toll stands at 869