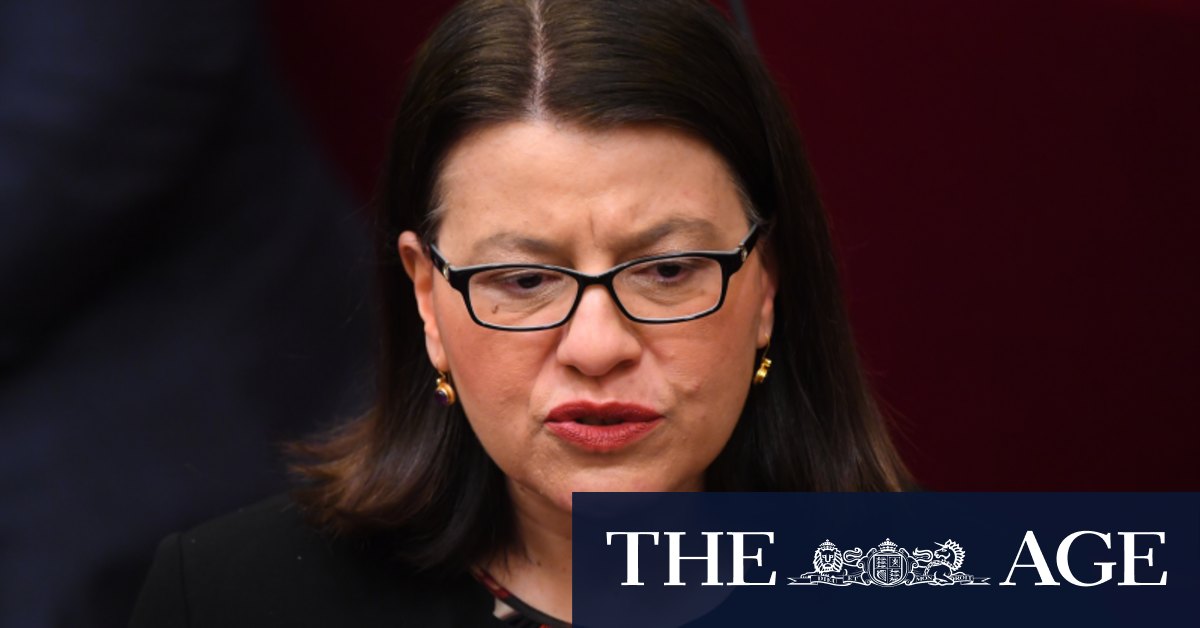 Prime Minister Scott Morrison said he would not add fuel to the fire by commenting on Ms Mikakos’ resignation.

Mr Morrison, visiting Adelaide for the first time since the COVID-19 outbreak in March, said he was only interested in helping to get Victorians “back on their feet”.

He said Mr Andrews’ testimony at Victoria’s hotel quarantine inquiry, where he said did not understand the extent of Australian Defefenc Force support on offer for the scheme, would not be aided by his commentary.

“I don’t think it helps, my commentary on those matters,” Mr Morrison told reporters.

When asked directly if he believed Ms Mikakos had been “thrown under a bus” by Mr Andrews, Mr Morrison replied: “I don’t have any observation to make.”

Victorian Upper House MP Harriet Shing described her friend as “one of the strongest and hardest-working women”.

“It’s been a huge privilege to work with her and to call her my friend. And it’s been a privilege to witness the enormous contribution she has made with diligence and commitment over many, many years.”

NSW Health Minister Brad Hazzard also said he was sorry to hear of the minister’s resignation and defended her actions during the pandemic.

“She has worked tirelessly in this pandemic. Premier Andrews’ assertion that the Health Minister was responsible for the quarantine system lacks logic,” he wrote on Twitter.

“How could a Health Minister direct police to be involved?”

Australian Nursing and Midwifery Federation president Lisa Fitzpatrick said she was “devastated” and described Mikakos as a hardworking minister who was responsive and engaged.

“I think it’s bitter, brutal and cruel,” an emotional Ms Fitzpatrick said of the situation.

“She was always interested in issues that we raised about improvements that were required, very strong on policy and had a deep understanding of the health system as well as the work of nurses and midwives.”

She said it was unfortunate that Ms Mikakos would be remembered through the lens of the coronavirus pandemic and the hotel quarantine debacle.

Ms Fitzpatrick said Ms Mikakos had left an impressive legacy and highlighted her work in early childhood education, most notably the introduction of funded kindergarten for three-year-olds.

“I am devastated for her. I wish her only the best and I hope that she is able to reflect on her positive contribution.”

But the Health Workers Union said it was looking forward to engaging with a new Health Minister, after calling for Ms Mikakos to be sacked earlier this week, saying Victorians were paying for her “incompetence”.

“Mikakos’s resignation is welcome,” the union said via Twitter, adding that it hoped her replacement would stop contracting out public hospital cleaners during the COVID-19 pandemic.

However, Labor MP for Oakleigh Steve Dimopoulos said Ms Mikakos had been an “amazing servant” to the community for more than 21 years.

“Few people have worked as hard or have more passion for helping others. I’ve never seen a hint of personal ambition, just an ambition to do good. Proud to call you a friend, Jenny,” he tweeted.

But Opposition leader Michael O’Brien said Ms Mikakos had made the right decision and also called for the Premier to stand down.

“Mikakos should go because of contact tracing failures and her dodgy evidence to the inquiry,” he said.

“But Mikakos did not say ‘no’ to ADF. She did not bring in private security for hotel quarantine. These decisions caused our second wave. Andrews is responsible. He must go.”

Liberal MP Tim Smith said he was glad Ms Mikakos’ had resigned but her statement had a glaring omission. “There is no apology for her negligence in causing the second wave,” he said.

His Liberal colleague Georgie Crozier said Ms Mikakos should have resigned months ago.

“I’ve been calling for this,” Ms Crozier tweeted.

“A fish rots from the head down Andrews has lied & tried to cover up the monumental failures of his Govt [sic]. He can’t think by Mikakos going all is fine. It is not. He needs to go too.”