Naughton to play as Bulldogs prepare to get physical against Saints 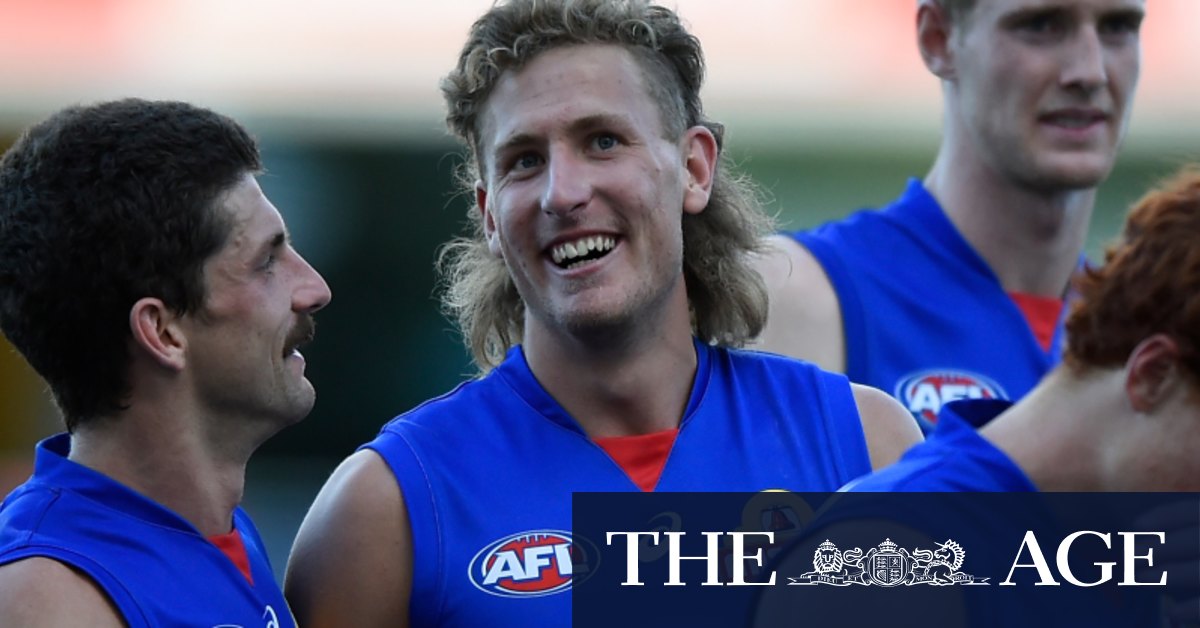 The Bulldogs rediscovered their form in 2020 when they took it up to the Giants in round three, winning 10 of their final 15 matches to slot into seventh spot, the fourth time under Beveridge they have made an elimination final.

Bontempelli, who was named in the All-Australian team for the third time after another outstanding season, said the increased intensity in finals was a layer of the game they needed to prepare for but he said it would be dangerous to focus on that aspect too much.

“Understanding it is a key component of the game is important but then not letting it throw out the balance of the rest of our style and the way we want to play the game,” Bontempelli said.

High flying forward Aaron Naughton will play despite having surgery to fix a fracture of the cheekbone while smart forward Mitch Wallis is a “near certainty” to play after hurting his shoulder against Fremantle.

“‘Naughts’ will be fine to play. He’s a bit out of sync now because of having surgery but he’ll train with the group on Monday and have a week together with the whole squad,” Beveridge said.

The Bulldogs played eight of their 10 matches in Queensland at Metricon Stadium on the Gold Coast where they are staying but Bontempelli said playing at the Gabba held no fears for the Bulldogs.

Beveridge said the club was rapt that three Bulldogs, Bontempelli, Jackson Macrae and Caleb Daniel had been named in the All-Australian team and defended the decision to name Bontempelli and Macrae in positions they hardly played in this season.

“He’s played there a little bit and I know there’s some conjecture around specialist roles but I think if you ask the hypothetical, ‘If Marcus played in the forward line all year how many goals would he kick?’ He could possibly win the Coleman,” Beveridge said.

“If you ask any backman, ‘What sort of forward line would you want to play against?’ If it’s got Bontempelli, [Patrick] Dangerfield and [Dustin] Martin in it, as opposed to some of those boys who missed out, who had outstanding years, I think they’d probably rather play against the other lads.