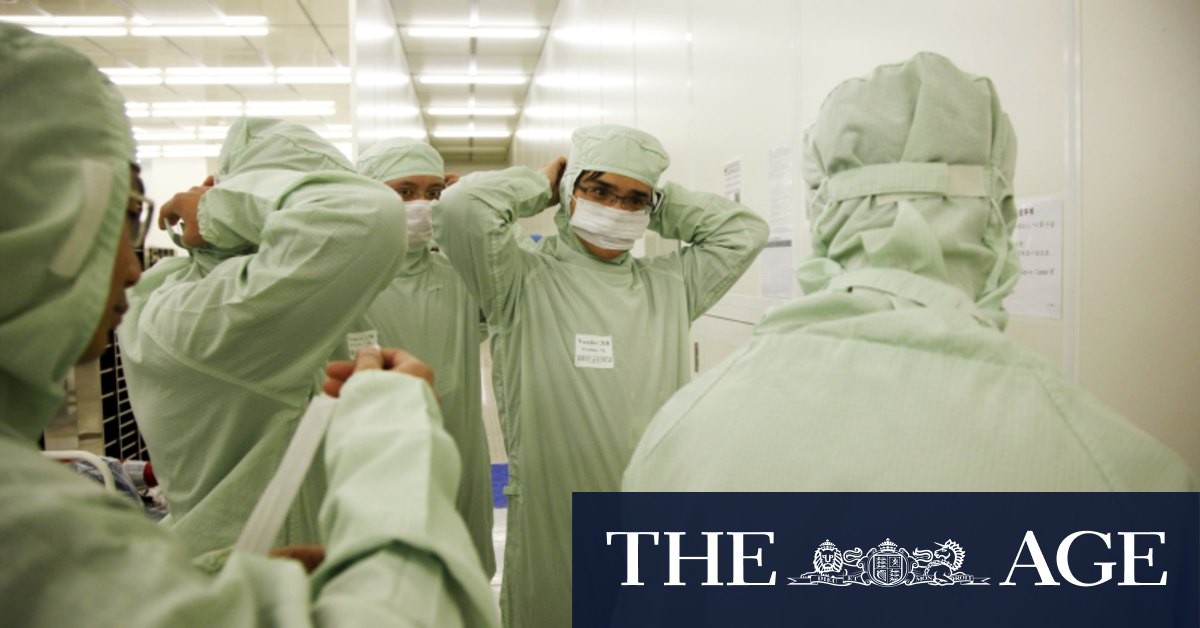 The letter was first reported by The Financial Times.

The Pentagon, in particular, has expressed concerns that SMIC, whose major shareholders include several Chinese state entities, has ties with the Chinese military.

A research report by the US defence contractor SOS International that has been widely circulated within the Trump administration says that researchers at universities associated with the Chinese military appear to have made extensive use of SMIC’s processes and technologies in their research and that other SMIC customers probably have ties to the Chinese defence industry.

Factories in China churn out a huge share of the world’s cellphones, computers and internet equipment. But the silicon brains of that gear are often shipped in from overseas.

Last year, mainland China imported more than $US300 billion in computer chips, more than it spent on crude oil. The country’s leader, Xi Jinping, has put enormous resources toward making China more self-reliant in semiconductors and other advanced technologies.

But state support has only taken Chinese chip companies so far. Although SMIC is China’s most technologically advanced chip maker, its manufacturing processes are years behind those of industry leaders like Samsung and Taiwan Semiconductor Manufacturing Co. in terms of the number of transistors they can squeeze onto a piece of silicon. That means SMIC cannot make the intricate chips that best support the latest, most demanding applications.

Even to produce its less sophisticated semiconductors, SMIC relies on software and machines from US companies. Analysts at the investment bank Jefferies estimate that up to half of SMIC’s equipment currently comes from US suppliers. SMIC could struggle to stay in business if those partners cannot service and upgrade the company’s manufacturing equipment.

SMIC’s business has already been hit this year by the Trump administration’s curbs on Huawei. In recent months, the Commerce Department has curtailed the Chinese tech giant’s ability to buy semiconductors anywhere in the world, including from SMIC. Huawei’s chip unit accounted for nearly one-fifth of SMIC’s sales last year, according to estimates by Credit Suisse analysts. Qualcomm, the US chip giant, is another customer of SMIC’s.