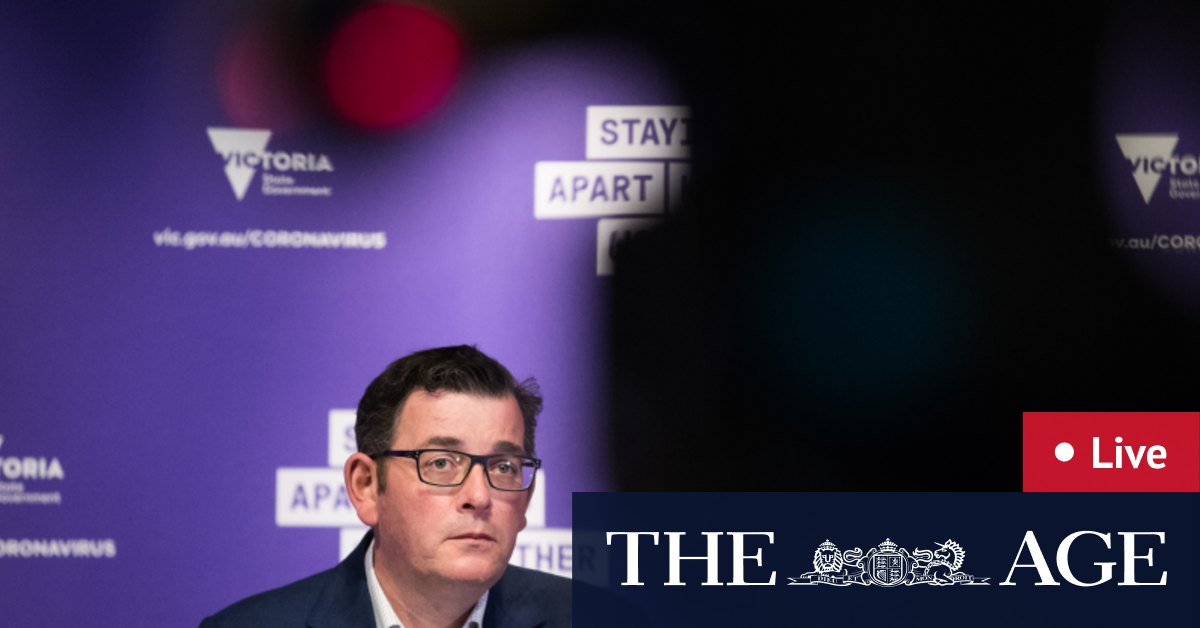 New Victorian Health Minister Martin Foley has discussed his move to the health portfolio, saying he is committed to the state’s COVID-19 suppression strategy.

He said the strategy being used in Victoria was the foundation of decisions made across economic policy and jobs creation.

While he would not say whether his approach would be different from his recently-resigned predecessor Jenny Mikakos, Mr Foley said he would be “working every day with the outstanding public servants and health professionals and the people who bind the health system together”.

“I will be working with all of those professionals to make sure that we suppress this virus, and that we then are in a position where we contact trace, we quarantine and isolate where we need, and we keep this virus at the lowest possible levels. We are nearly there,” he said.

Mr Foley said he had not yet had time to consider whether Victoria’s contact tracing was at the level it needed to be, but he would be receiving briefings on Victoria’s key COVID-19 pillars shortly.

Federal Opposition Leader Anthony Albanese is listed to speak to the media at 2.15pm AEST.

Victorian Premier Daniel Andrews says his friendship with former Health Minister Jenny Mikakos’ is not necessarily over following her resignation from parliament yesterday.

He said the pair had been “colleagues for a very long time” and there were few people who had worked harder than her as an MP.

But Mr Andrews confirmed he had not spoken to Ms Mikakos since she sent him a text to say she was going to resign on Saturday morning.

“I’m sorry for her and I am saddened by this, I wish her well. She’s made a decision and it was the only decision she could make once she determined she could no longer sit in the Cabinet.”

Ms Mikakos resigned only days after giving evidence at the inquiry in the botched hotel quarantine program.

She said yesterday in a statement that while she did not want to leave the job unfinished, but “in light of the Premier’s statement to the Board of inquiry and the fact there are elements in it that I strongly disagree with, I believe that I cannot continue to serve in his cabinet.”

Premier Daniel Andrews said there was a “common sense approach” that the state’s overall case numbers would influence when Victoria moved out of restrictions, but the thresholds announced at the start of September still have to be reached.

Mr Andrews said there would ultimately be “cases in 2021, there will be outbreaks” under that state’s suppression strategy.

“…We aim to get the numbers as low as possible, because it’s only if you get them low you can hope to keep them there,” he said.

“When the inevitable cases come forward in December or February next year … that doesn’t trigger the instant reimposition of some of the restrictions we’re talking about here.

“There is a tolerance there and that’s why we have to be ready and the numbers have to be low in the first instance.”

The Victorian Premier said he “welcomed” comments from NSW Premier Gladys Berejiklian that suggested there would be more freedom of movement between regional Victoria and southern NSW.

Around 127,000 employees will return to work from tomorrow under Victoria’s second step, according to the state government.

Among the changes announced this afternoon metropolitan Melbourne’s meat producers will be able to have 80 per cent of their workforce return, with poultry going to 90 per cent.

Supermarket distribution staff numbers are almost close to normal, but have to follow COVID-safe plans.

The changes to workplaces will come into effect at 11.59pm on Sunday.

But Premier Daniel Andrews said after a discussion with the public health team, sole traders like outdoor garden stockists will not be able to work in teams.

“I asked the public health team to specifically consider this notion and potentially a ‘bubble’ type arrangement where two people can work together to the exclusion of others, and that was deemed not safe … If we can change that as soon as we can change that we will,” he said.

“With spring lamb, calving and other seasonal factors, not to mention that Christmas is coming … we are pleased to be able to lift those percentages of workers.”

Australia Post’s distribution is also expected to be boosted back to almost full numbers of staff.

We have put the full second step document provided by the Victorian Government into Scribd so you can read it here.

The next major date Victoria will need to keep its collective eye on is October 19, with the Premier saying he believes the state will be able to take another ‘important step’ on that date.

Daniel Andrews said at the COVID-19 update on Sunday that the state’s health experts are confident with the lifecycle of the virus, we would be seeing far fewer cases in three weeks time.

“Victorians delivered an outcome better than what we thought, as ambitious as it was,” Mr Andrew said.

“This is a strategy that is designed to get us to a COVID-normal Christmas.

“We are well on track, in fact, we are ahead of time when it comes to achieving that outcome.”

Permitted workers can now also exercise within 5km of their workplace, but must be carrying their permit while doing it.

Outdoor exercise not connected to a facility, such as hiking or fishing, is allowed, but still within the 5km limit.

Outdoor pools will be open, with time limits and distancing requirements still in place, but tennis clubs and bowls clubs remain closed.

The LNP has finally unveiled its costings today, revealing it would use some of Labor’s …