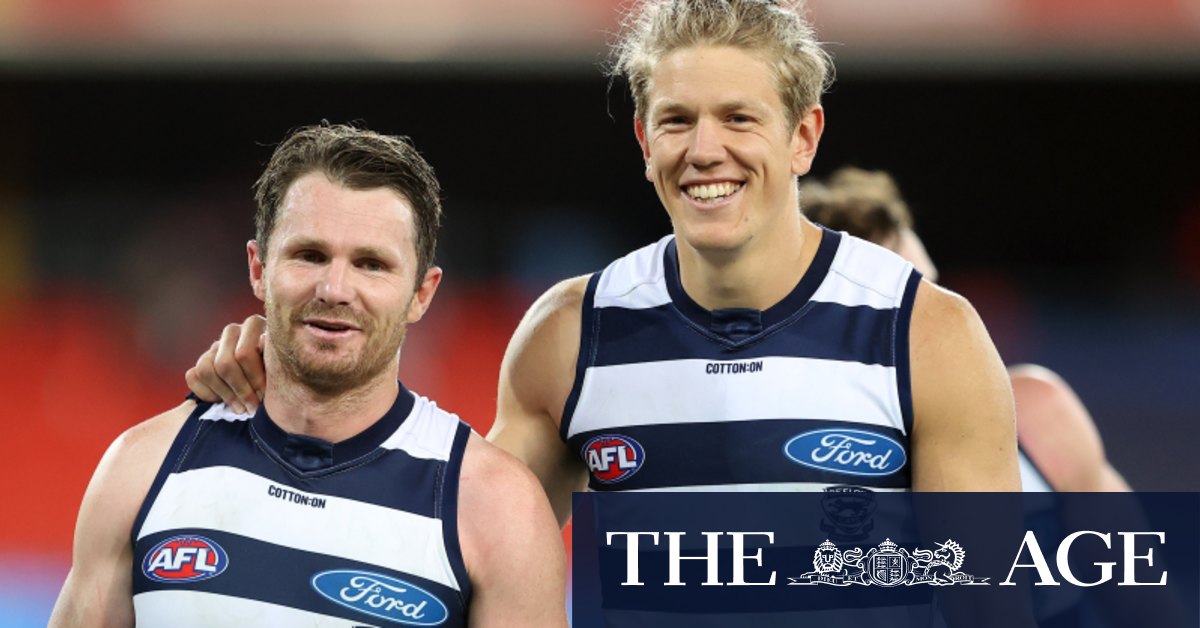 Having crossed from St Kilda at the end of 2015 he has been maligned at times for his inconsistent performances in 82 games at Geelong but he looks set to earn another contract for 2021 with the Cats close to finalising terms with him.

If the Cats do opt to play Stanley then Esava Ratugolea could make way having battled to keep his spot in the team although he has played in the past three weeks and been solid without being spectacular.

Ratugolea showed in last year’s semi-final against West Coast he could perform well in finals but with Blicavs on a wing and Lachie Henderson and Harry Taylor in good form down back he may struggle to hold his spot.

The Cats have decisions to make with rugged forward Tom Atkins fit and available.

The forward has kicked just four goals but his tackling pressure inside 50 is elite, an important element in a Cats’ forward line that contains the silky-skilled veteran Gary Ablett.

Atkins is likely to be vying for a spot alongside Luke Dahlhaus, who the Cats will be hoping can rediscover the form he showed last season, Jack Steven, Lachie Fogarty, Jordan Clark and Sam Simpson who are all potential ins for the Cats.

Geelong have lost their first final in the past three seasons but will look to make amends in the hostile environment of Adelaide Oval against Port Adelaide, who they accounted for by 10 goals with Tom Hawkins best on ground at Metricon Stadium in round 12.