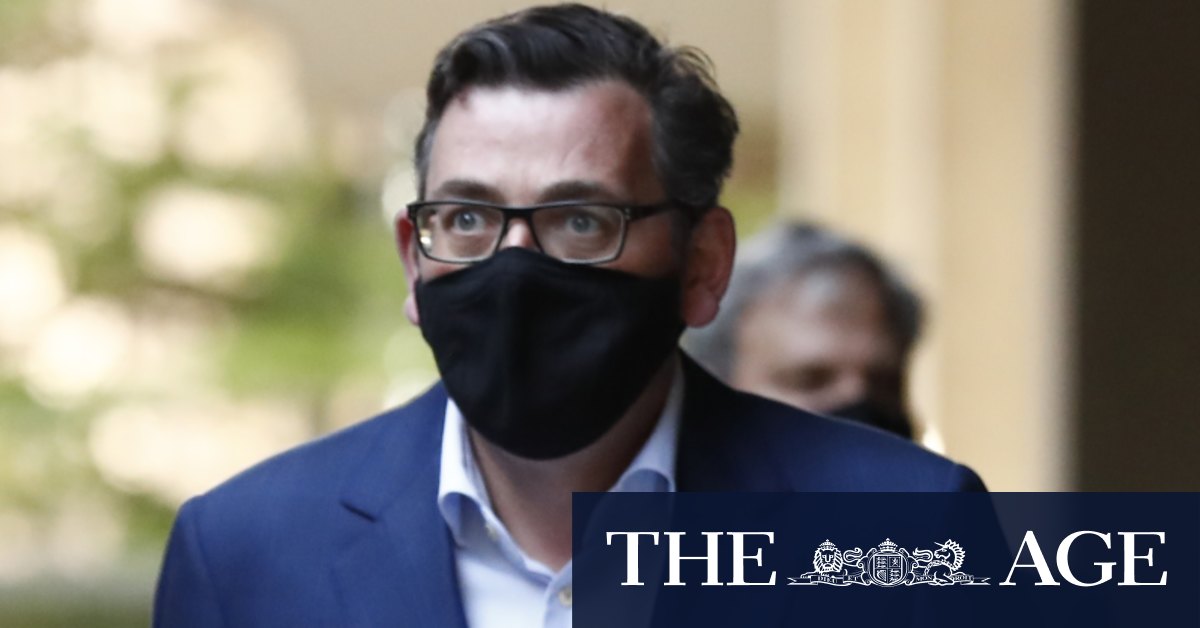 Mr Andrews said he didn’t think it would be new case numbers holding the state back, but that it could be low testing numbers.

“What could be a challenge for us is if we don’t see people coming forward and getting tested and if we start to have doubts about whether we’ve got the most complete picture, that can be a real challenge,” he said.

“This is the lowest daily case number for a very long time and it’s not so long ago that we were reporting not five cases, but 725 cases,” Mr Andrews said.

“We’ve come a long way. Victorians have given a lot. They have sacrificed a lot.”

Mr Andrews said the state was “so close” to being able to take “a really big step” towards a society relatively free of COVID-19 restrictions.

“What’s incredibly important, and I think that every Victorian knows this, but I am obliged to make this point – we are so, so close, and what’s important now is that everyone keeps following the rules,” he said.

On Monday morning, the Director of Epidemiology at the Doherty Institute called for the Victorian government to explain exactly how contact tracing has improved as the state eases restrictions further.

And an epidemiologist at Australian National University said the state appeared to be aiming for an elimination strategy, despite not describing it that way.

Fast, effective contact tracing has been named by multiple agencies as absolutely critical to avoid a repeat of scale infections seen in Victoria’s second wave as more businesses begin to reopen and more people begin to move around the community again.

The Doherty Institute’s Professor Jodie McVernon said while there had been a “massive scaling up of capacity” in contact tracing, the public needed a clear plan for how to respond to inevitable outbreaks.

If there is another outbreak, members of the public should know what to expect and what to do, Professor McVernon said. “What is the approach going to be? What will be expected of us?” she said on ABC Radio National’s AM program.

“It’s a bit like cleaning the house, you know? You can clean the house perfectly, but it’s going to get dirty again, so, what are we going to do next?”

Victoria’s new Health Minister Martin Foley was asked on Sunday whether he had assured himself that contact tracing was where it should be, and replied “not yet”.

“But give me another little while and I’m sure I will be getting briefings around how all of those key pillar elements of the suppression strategy will be delivered, because all of government is committed to the strategy.”

There are 49 Victorians fighting the virus in hospital, including eight in intensive care, four of whom are on a ventilator.

Dr Sanjaya Senanayake, an epidemiologist and infectious diseases specialist with ANU, said Victoria was going further than just trying to control the virus.

“Even though they’re not saying it, they seem to be going for elimination,” he told ABC TV’s News Breakfast program.

On Monday morning, former health minister Jenny Mikakos tweeted that “we are well on the way to eradication”.

The Premier denied eradication was the state’s strategy. “That is not the strategy. The strategy is to suppress this virus and that’s the National Cabinet decision,” he said.

There were no new coronavirus cases recorded elsewhere in the country on Sunday.

Previous Banks and miners down; Afterpay surges, a2 Milk dives
Next Donald Trump paid just $750 in US income taxes in 2016, 2017: report