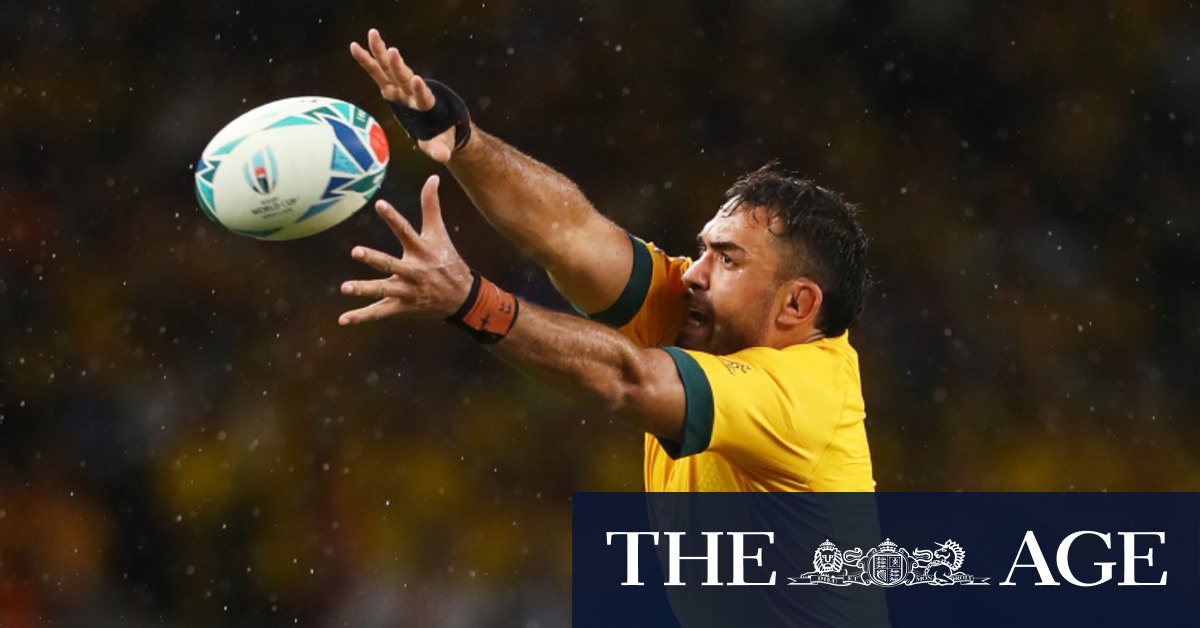 Given the lack of experience in the lock department, his absence will be a huge blow.

Parling wasn’t ruling the towering second-rower out of Wallaby calculations just yet but it is hard to envisage Rennie recalling a player who will be unavailable until the third of six Tests, at the very earliest.

“We’re definitely aware of it. I watched the game, so I saw him go off holding his shoulder,” Parling said.

“Obviously it takes a bit of time to get the very specific details so we have an idea of what it might be but we still need a bit more info as to how long (he will be sidelined).”

Arnold’s likely absence could open the door for other locks who have recently left Australian Super Rugby clubs.

Will Skelton has been a critical part of the Saracens side since 2017, Adam Coleman joined London Irish on enormous cash after last year’s Rugby World Cup and Izack Rodda recently left the Reds for big money on offer at Lyon.

Rob Simmons is now the only experienced lock in Rennie’s squad. That could also leave the coach with little choice but to blood one of 16 debutants in the current squad – such as Melbourne’s Trevor Hosea.

“You never really know until you’re actually in there but everything I’ve seen so far with Trevor, it’s a yes,” Parling said when asked if Hosea would be ready for Test rugby.

“He only made his Super debut this season. We brought him off the bench against the Reds and when we brought him on he whacked some people and did really well.

“I think with these guys, they absolutely love playing. As long as you can give them a gradual intro – so they get 20 minutes off the bench to start with – I certainly think he’d be ready.”

Lukhan Salakaia-Loto played lock for the Reds this season but has previously been utilised as a back-rower at Test level.

Previous Kiwis may be able to travel to some Australian states before Christmas: Ardern
Next ‘A bargain… in time’: McCormack says $33m airport land buy will pay off