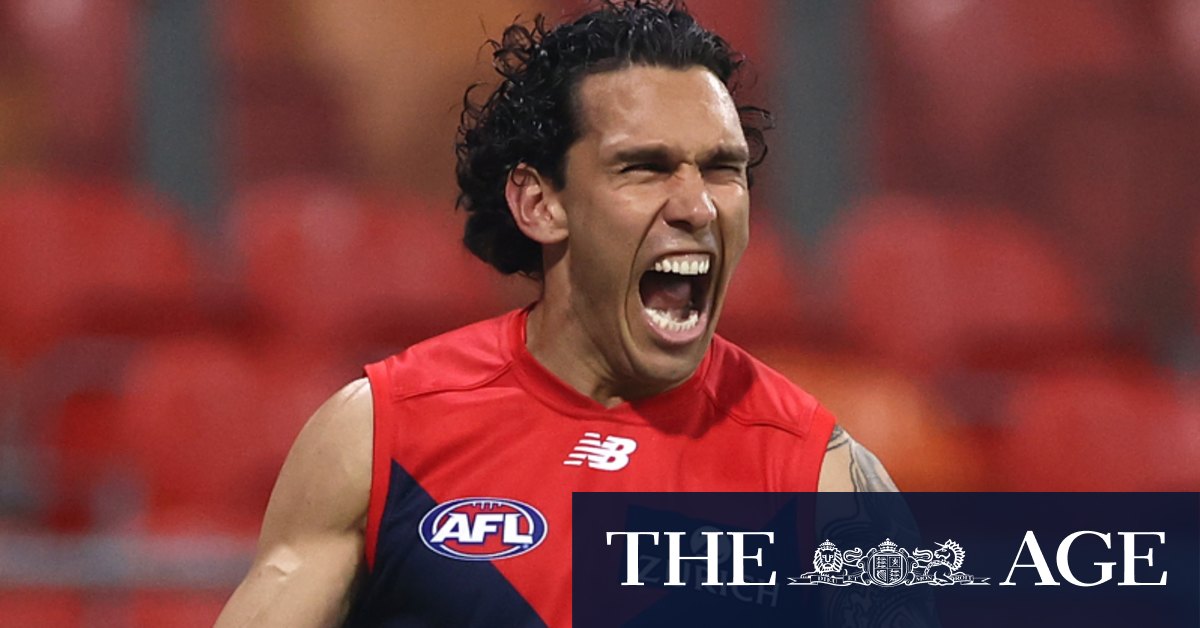 Bennell was recently suspended for four games and the Demons were fined $50,000 by the AFL for his hub breach.

He left the team’s accommodation, with sources close to the situation confirming that Bennell drove from the Demons’ hub on the Sunshine Coast to the Gold Coast where he attempted to enter Harbrow’s residence.

Harbrow declined to allow Bennell into his house. Had Harbrow done so, he would have been breaching the AFL’s coronavirus protocols.

Bennell was selected with pick No.2 in the 2010 draft by the Suns.

He played 81 games for the Suns, two for Fremantle and three for Melbourne.

Calf injuries cruelled Bennell’s career, the precocious talent suffering numerous setbacks with such injuries during his time at the Dockers and Melbourne.

He had the ability to play incredible individual games of football. He famously kicked four goals and had 38 disposals against Melbourne for the Suns in 2012.

Earlier that year he kicked four goals along with gathering 28 disposals against the Pies.

His best goalscoring effort was six against Geelong, among 27 touches, for the Suns in round 14, 2014.

However, off-field indiscretions, as well as repeated injuries, ultimately cut these performances short.

Previous On the trail of the positive messages posted around Hawthorn
Next ‘Great memories’: Raiders back with Canberra Milk as 2021 major sponsor