Breaking News
Home / Federal Politics / ‘Needs to be carefully monitored’: Heightened risk of nuclear confrontation between the US and China

‘Needs to be carefully monitored’: Heightened risk of nuclear confrontation between the US and China

admin 4 weeks ago Federal Politics Comments Off on ‘Needs to be carefully monitored’: Heightened risk of nuclear confrontation between the US and China 14 Views 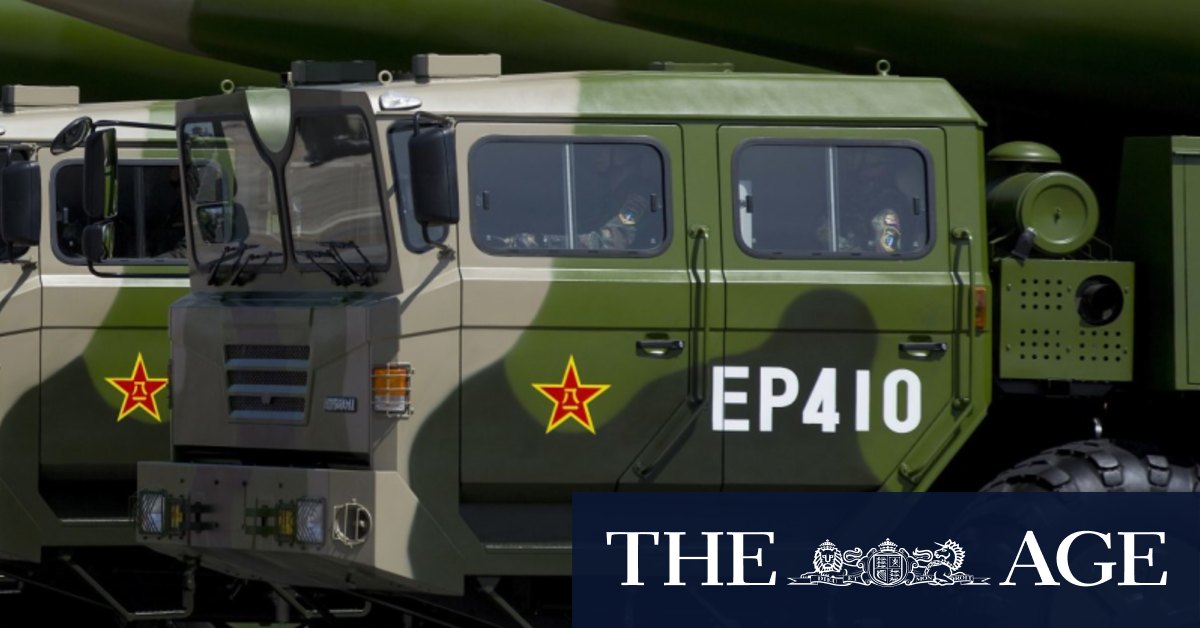 Alternatively, China could launch a space attack against US satellites, or a cyber attack, to interfere with US missile defences, sparking a US nuclear counter-attack.

China’s nuclear strategy over recent decades has focused on deterring nuclear threats, but it has been acquiring new capabilities – such as launchers for its DF-26 intermediate-range ballistic missile – that could enable a shift to a nuclear “first-use” strategy.

The new report by the centre’s non-resident fellow Fiona Cunningham has called for Australia and other countries to urge the US and China back to arms control talks.

Beijing has refused to join talks between the US and Russia on nuclear-arms control, saying it would only do so if Washington cuts its arsenal down to its level.

Dr Cunningham said Beijing’s new capabilities do not necessarily suggest that it is pursuing a nuclear first-use strategy – but it does undermine the credibility of its argument that it only has a “retaliatory-only” strategy.

“China’s nuclear forces need to be carefully monitored for signs of a change in strategy, given current geopolitical circumstances,” the foreign policy expert told The Sydney Morning Herald and The Age.

“China’s nuclear strategy still looks quite different from countries that explicitly threaten first-use like Pakistan, or don’t rule out the option of using nuclear weapons first, like the United States.”

According to the report, China’s nuclear arsenal has been growing and diversifying in ways that are consistent with continued restraint, but also lay the foundations for Beijing to adopt a more offensive nuclear posture in the future.

The incentives for either China or the US to deliberately strike the other with nuclear weapons first are weak but should not be ruled out.

While achieving or preventing China’s reunification with Taiwan is still unlikely to be worth paying the price of a devastating nuclear war, there is concern that China believes it values reunification with the island more than the US values stopping it. China could use this “imbalance of stakes” to its advantage to make nuclear threats, even if it would not follow through on them.

“Taiwan is probably the most likely scenario for nuclear use, due to inadvertent nuclear escalation,” she said.

“The lower stakes for the United States and China in a South China Sea confrontation, and low intensity with which a conflict could start, would give both countries more opportunities to end a confrontation before it got to the point of nuclear threats or use.”

Previous It’s time to open up golf courses to all
Next How do you judge a budget like this? Look beyond the jobless rate