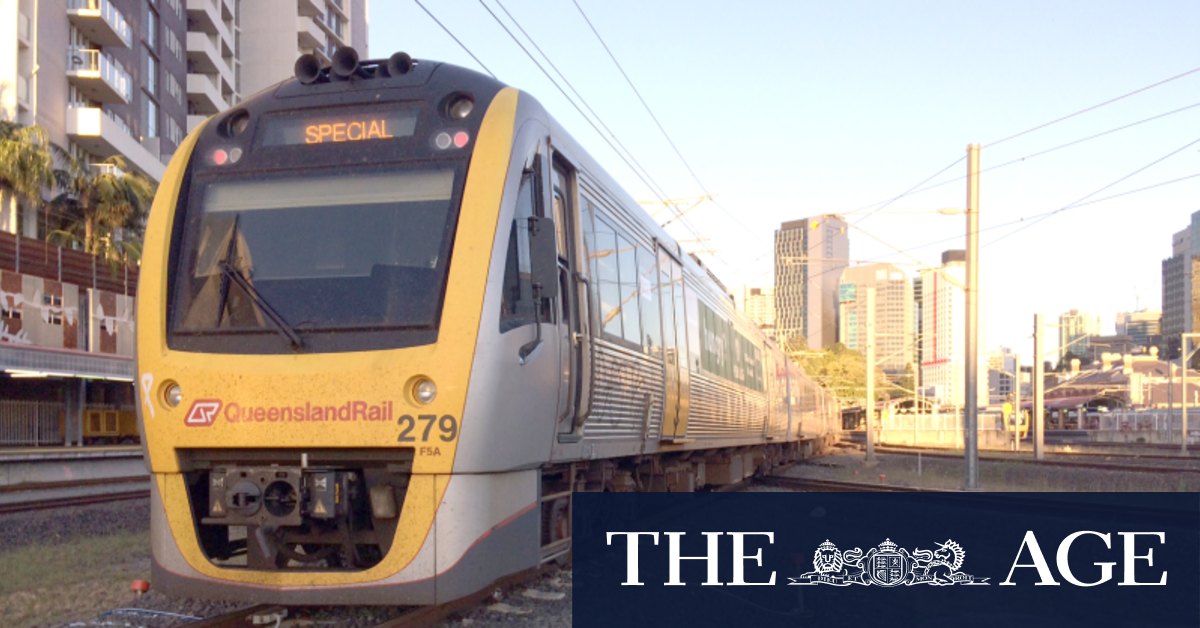 Gold Coast and Airport trains are suspended between Coomera and Varsity Lakes stations as a large grass fire continues to burn on the Gold Coast and create a blanket of thick smoke.

Queensland Rail expects delays of up to an hour, but replacement buses are ferrying passengers through the problem area and taxis are also being organised for those needing to get to the airport.

The services were suspended about 11am with QR attributing it to “a [grass] fire in the rail corridor near Robina station” with fire crews on site.

A Queensland Fire and Emergency Services spokeswoman said the Carrara grass fire had been burning since Tuesday afternoon and was near Alison Road and Palm Meadows Drive.