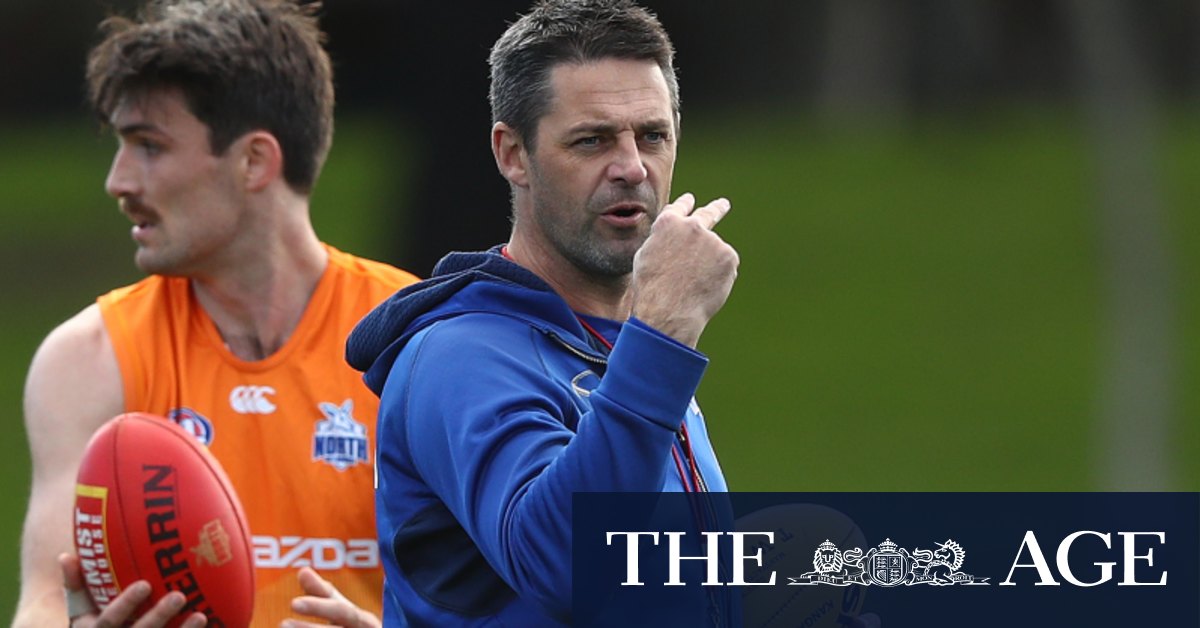 Sources indicated the decision on Jade was part of a sweeping decision from the club board to radically overhaul the entirety of the football program from this year at all levels.

It is unknown what Rawlings’ payout situation would be.

The AFL has ruled that any redundancy payments made by clubs this year to reduce staff in line with a reduced soft cap on footy spending next year – a consequence of the league’s austerity measures as a COVID response – will not be included in the soft cap for 2021.

That has led to the farcical situation at some clubs where staff will be paid out their contracts for all of next year despite not working at the club. These are clubs that are financial enough to keep the staff on and would rather see them remain and work, but the AFL is insistent they get employees off the books.

North Melbourne have been extremely aggressive in the off-season after a disastrous 2020 in which they slid to 17th on the ladder with just three wins.

Full-forward Ben Brown, who had been North’s leading goal kicker with 64, 61, 63 and 41 goals in his past four seasons and who has twice been shortlisted for All-Australian, has been pushed out the door, encouraged to find another club. He is out of contract.

Shaun Higgins, who rejected an offer to move to Geelong last year to remain at North, has now been told if he can find a better, longer-term offer elsewhere then the club would be open to trading him.

The club has already delisted 11 players. They are seemingly stuck with Jared Polec who is already at his third AFL club and whom the Roos recruited from Port Adelaide on big money but who fell out of favour with the coaches in the back half of the season.

Jade Rawlings had only joined North 12 months ago on a three-year contract after being brought across from Melbourne where he had worked since 2012. He was the defensive line coach at the Demons when he left.

He was also previously an assistant coach at Brisbane for two years and at Richmond where he was also caretaker senior coach in 2009 after Terry Wallace was sacked.