Patrick admits no medical shortages from wharf dispute – yet 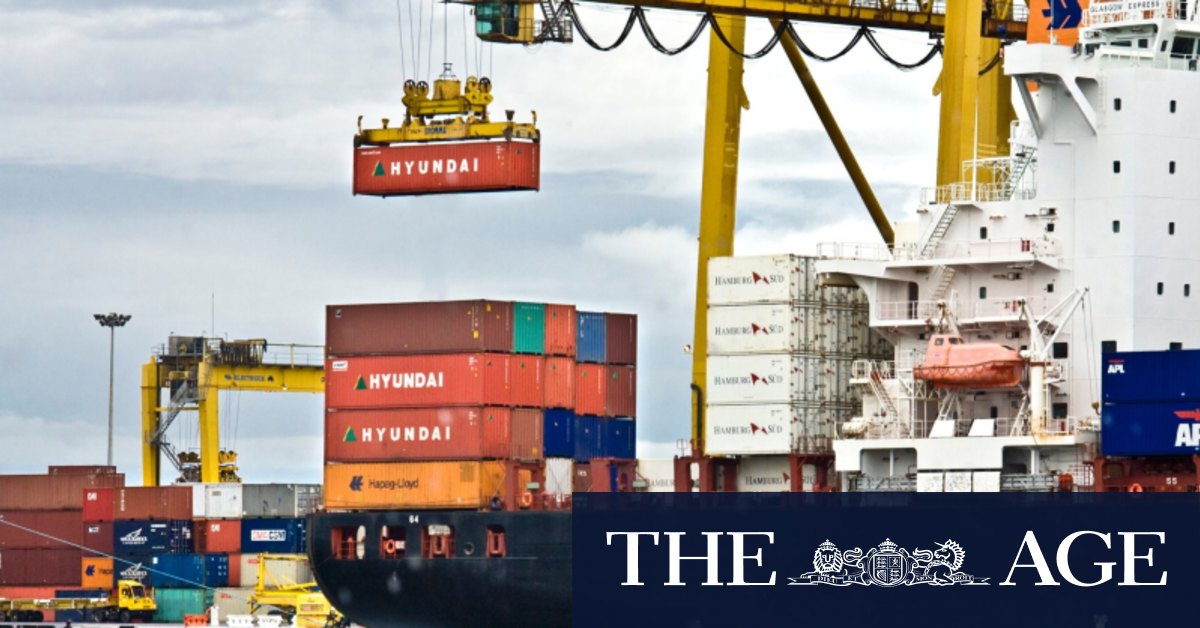 The union has offered the company a one year rollover of its existing agreement with a 2.5 per cent pay rise for its workforce, much lower than the union’s original 6 per cent a year claim but higher than the 1.75 per cent the Fair Work Commission awarded minimum wage workers this year.

“If Patrick refuses this peace offer, the Australian public will be left in no doubt which party is responsible for escalating this unnecessary conflict at such a difficult time for the nation,” Mr Crumlin said.

Company figures show most full-time staff at Patrick, who are heavily unionised, already earn an average of more than $150,000 a year on 35-hour-a-week rosters, including overtime and bonuses.

Australian Council of Trade Unions president Michele O’Neil said the maritime union was seeking to end the dispute as quickly as possible, and accused Patrick of running a “cynical campaign” claiming medical shortages.

Elizabeth de Somer, chief executive of industry lobby Medicines Australia, said on ABC radio on Wednesday there had so far been no medicine shortages notified to the Therapeutic Goods Administration because of drugs being held up by the stevedores taking industrial action.

“There are no shortages related to this action at the moment,” Ms de Somer said. “And we are ensuring there’s no panic or stockpiling of medicines.”

But she warned the union’s steps to curb work hours, which are permitted under industrial law, could lead to delays. Patrick says there are 38 ships with bookings at its docks that have been delayed, though some are floating as far away as the Philippines.

“I haven’t been contacted to seek to expedite a container through our system that contains medicine,” Mr Jovicic told ABC radio.

But the pharmaceutical industry has warned existing delays could be exacerbated and new ones take hold if the maritime union’s overtime bans and rolling stoppages stay in place.

This week Dennis Bastas, chief executive of Australian pharmaceutical company Arrotex wrote to the government to warn of delays in medical supplies if the industrial action continues.

“In this delicate supply chain environment we are now faced with a crisis at Port Botany, which is threatening our pharmaceutical supplies and risking a dramatic increase in drug shortages,” Mr Bastas said in the letter, seen by The Sydney Morning Herald and The Age.

He said some exporters were holding off putting cargo on ships because they were afraid it would be held up in a costly union bottleneck and delays now could be magnified in the future. Ms de Somer raised similar concerns, as did the the Private Cancer Physicians of Australia, which pointed to advanced cancer treatments that need to be kept cold to remain effective.

“My simple message today is to get it sorted and stop the extortion and to think of your fellow Australians and get back to work,” Mr Morrison said.

“I would think that the union movement would want to distance itself from that behaviour as much as certainly the government does in condemning it,” he said.

But Ms O’Neil, the ACTU president, said the stevedores deserve thanks and “not to be attacked by the federal government and their employers”.

“These workers have been working around the clock since the start of the pandemic to ensure that we have everything we need to get through this crisis,” Ms O’Neil said.

Previous From the Archives, 2000: A perfect party to end the world’s greatest Games
Next ‘People died like flies’: Spanish flu and the Exhibition Building