US to widen inquiry into AstraZeneca COVID vaccine destined for Australia 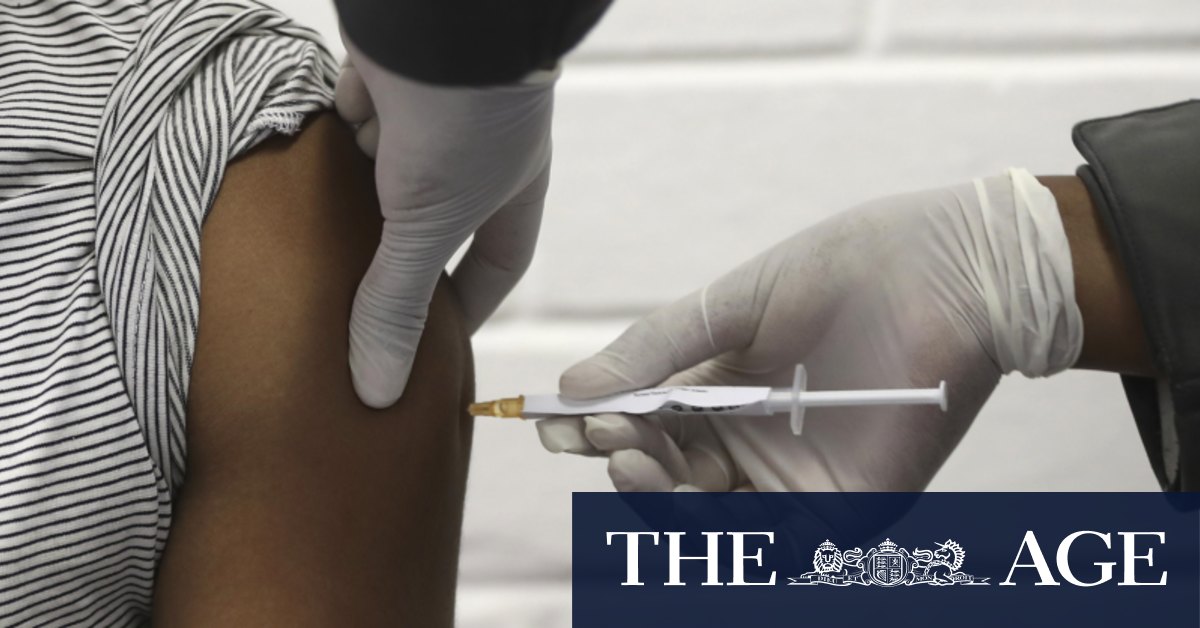 AstraZeneca has confirmed it is still awaiting the green light from US regulators to resume its US trials. The pharma giant’s Australian office wouldn’t comment further on how any delays would affect the timeline for when Australians receive the vaccine if successful.

Meanwhile, there was better news for the vaccine in Europe overnight, with reports the European Medicines Agency is expected to announce a “rolling review” of the Oxford/AstraZeneca candidate this week.

This would mean the European regulator would start an accelerated review of safety data while final trials are ongoing to speed up the final approval of a vaccine when it is ready, according to Bloomberg reports.

This would put AstraZeneca in a prime position to be the first product to seek regulatory approval in Europe.

Effective vaccines are seen as essential to help end the pandemic that has killed more than one million people worldwide.

The administration of President Donald Trump has pledged $US1.2 billion ($1.7 billion) to support development of the AstraZeneca vaccine and secure 300 million doses for the United States. Other leading companies in the US vaccine race include Pfizer, Moderna and Johnson & Johnson.

Regulators in the UK, Brazil, India and South Africa have allowed AstraZeneca to resume its clinical trials there.

The FDA, however, wants to determine whether similar side effects emerged in trials of other vaccines designed by AstraZeneca’s coronavirus vaccine partner, researchers at Oxford University, the sources said.

That does not mean the agency believes there were safety issues associated with any of these vaccines, they added.

“It just shows that the FDA is being thorough,” said one of the sources.

Further complicating the situation is that the data requested by FDA is in a different format than what the US regulator requires, two of the sources said.

The FDA declined to comment on discussions involving an experimental product. Oxford did not respond to requests for comment. AstraZeneca, in a statement, said: “We are continuing to work with the FDA to facilitate review of the information needed to make a decision regarding resumption of the US trial.”

All of the vaccines it wants to review use a modified adenovirus as vectors to safely deliver genetic material from the target illnesses – flu, Middle East Respiratory Syndrome, and other diseases – into the body to stimulate an immune system response to fight future infection.

While other vaccine developers have used human adenoviruses for such vaccines, the Oxford researchers chose an adenovirus found in chimpanzees. They felt this would reduce the likelihood that an individual’s immune system would attack the vector virus due to prior exposure rather than the intended target.

In one of those trials, one serious adverse event cited by researchers was deemed unrelated to the vaccine.

The type of review being conducted by the FDA is generally intended to scrutinise raw data for other side effects, the sources said.

The US government’s effort to speed development of a COVID-19 vaccine – and promises by Trump that one could be available prior to the November 3 presidential election – has led to concerns of political interference in the regulatory process at the expense of safety. The FDA has denied this.

AstraZeneca’s vaccine development could also be slowed by a change to its clinical trial protocols to show that it has met pre-determined safety and efficacy standards.

Independent safety monitors will conduct their first review of the vaccine’s safety and effectiveness after 75 trial subjects become infected with COVID-19, up from the original initial review plan after about 40 infections, according to a Reuters review of protocol documents issued in July and amended in mid-September.

The safety monitors could decide to stop the trial if the vaccine proves either highly effective, and therefore should be considered for public use before the trial concludes, or if serious safety problems appear.

“Safety is likely to have been a major reason” for the change, said Thomas Lumley, chair of biostatistics at the University of Auckland who was not involved with the study.

AstraZeneca would not say why it had made the change to its protocol.