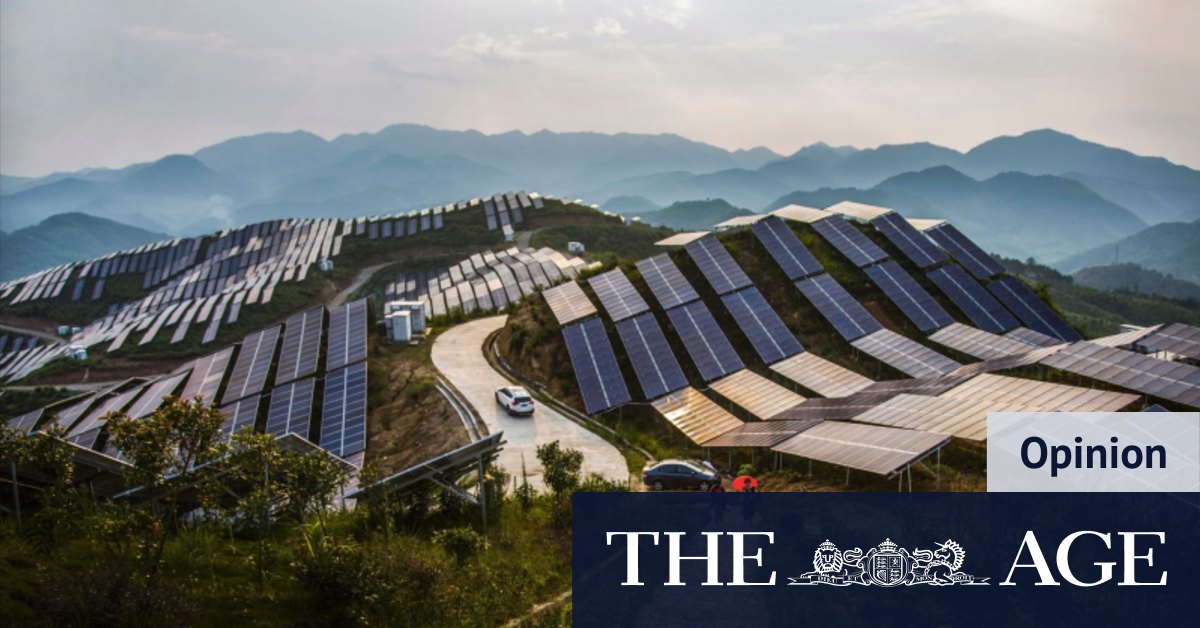 Diplomacy aside, the potential economic impact for Australia of China’s carbon neutrality pledge should not be underestimated. In the 2018/19 financial year, Australia exported $14 billion worth of coal to China. This trade is far more important to Australia than it is to China. It only marginally supplements China’s domestic supply, but makes up a large portion of what is Australia’s second largest export industry.

Unfortunately, China’s thirst for coal is likely to remain unquenched for the next few years, thanks to what looks set to be an carbon-intensive economic recovery. However, recent trade tensions and better Chinese access to other markets were already putting our coal exports under threat. Last week’s announcement will likely be their death knell over the next decade.

Analysis out of China indicates that coal use will now begin to drop towards the end of China’s next Five Year Plan in 2025. By 2035, it will be on a rapidly accelerating trajectory downwards. The pressure will be on China to bend this curve much sooner. And whenever this moment comes, Australia won’t simply be able to plug this gap in our export market by providing more coal to countries such as India.

As even the government has conceded, pinning all hopes on India would pose “a significant risk” given the suggestion it could ban all coal imports in the next few years. India is also investing massively in solar in an attempt to leap-frog the carbon-intensive development that has characterised the Western world as well as China. The fact that India could now become the world’s largest developing-country emitter will also see geopolitical pressure for greater action shift in its direction.

This therefore brings into focus another sharp reality for Australia. The perennial debate around renewables is too often focussed purely on domestic consumption and the need for affordability and reliability. Both are important but ignore the massive industry and export opportunities that come with Australia becoming what Ross Garnaut has called a “low-carbon superpower”. This is an opportunity that is measured in the trillions, not the billions.

Thankfully for Australia, the renewables industry around the world is still in its infancy. But unlike the industrial revolution, which lasted 100 years, the finish line for this tectonic shift to the global energy system and our society has now been set for just three or four decades from now. Like any race, those late off the mark are unlikely to win.

This is something Biden understands with his commitment to establish a new Clean Energy Export and Climate Investment Initiative to make America the world leader in clean energy technology. And it is why the decisions Australia takes in response to this global depression are so critical.

We may be slow in getting off the mark, but the real test will come in the second half of this decade as China – which represents 27 per cent of global emissions today – peaks its overall emissions and adopts a steep trajectory towards reaching net zero in just 30 years. To put that in perspective, this is a transition that is taking Britain twice as long, having peaked its own emissions in 1991. And while the real tests for China are still to come, its top-down, highly centralised system now has a target around which long-term planning and policy decisions will inevitably revolve.

As this happens, the technological thirst in China for renewable energy technologies will be far greater than it ever has been for Australian coal. For example, Bernstein Research has found that installed capacity of solar PV in China is likely to grow from about 300 gigawatts today to more than 2500GW by 2050, as its slice in the energy mix grows from 3 per cent today to more than 32 per cent. Wind power generation will also likely grow by more than 600 per cent.

Xi’s announcement has therefore fundamentally turned the economic tables for Australia. No longer can it simply be a question of how much coal China is burning. It is now a question of how many of its solar panels and wind turbines are we manufacturing. Otherwise, Australia will remain not only diplomatically isolated, but increasingly economically vulnerable too.

Thom Woodroofe, a former climate diplomat, is senior adviser on multilateral affairs to the president of the Asia Society Policy Institute, where he manages a project on future US-China climate co-operation. @thomwoodroofe