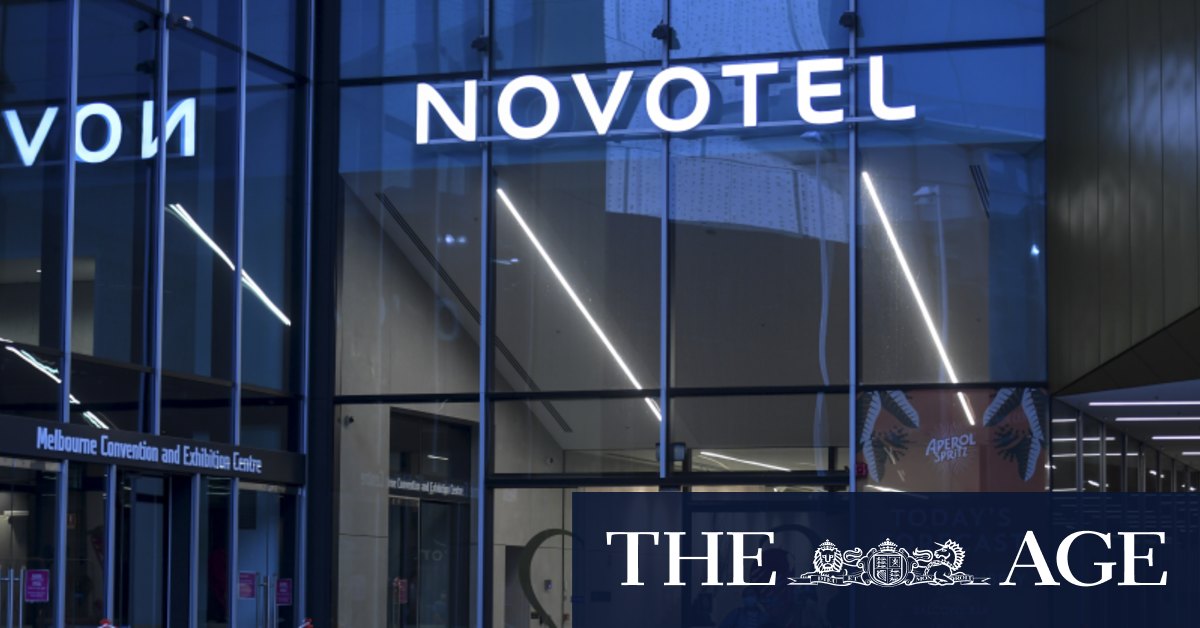 Private security guards in hotels containing people who tested positive to COVID-19 were found to have seeded Victoria’s disastrous second wave of coronavirus. The program was subsequently overhauled and an inquiry was set up by the government to examine its failings.

Alfred Health has been running the quarantine program for the government since July and has hired services giant Spotless to provide workers to the Melbourne hotels where returned travellers and health workers are isolating.

The health service said in a statement on Thursday that Spotless had provided “floor monitoring” but not security workers.

“Spotless staff were not employed in security roles in hotel quarantine. As part of their induction process, Spotless staff undertake extensive [personal protective equipment] training prior to commencement of duties.”

But the state opposition dismissed the health service and the Premier’s positions, with Victorian Liberal leader Michael O’Brien attacking the Premier for “failing to learn the lessons” of the ill-fated first phase of the quarantine program.

Victoria Police published a statement on Thursday saying its officers had been working at the Novotel since Monday as it received guests from another hotel, the Brady on Little Latrobe Street, which was being decommissioned as a “hot hotel”.

Mr Andrews said that Victoria Police was in charge of security at the quarantine hotels and that Wednesday’s changes at the Novotel were part of a planned transition of the program.

He said the return of international flights into Victoria was very unlikely until the official inquiry into the hotel quarantine program, headed by retired judge Jennifer Coate, delivered its findings in early November.

Documents tendered to the hotel quarantine inquiry by Alfred Health show duties formerly undertaken by security guards, such as accompanying guests on fresh-air breaks, supervisory roles and bag checks, were being provided by Spotless staff in the revamped hotel quarantine set-up.

A Justice Department spokeswoman told The Age and the Herald on Wednesday those staff had now been removed and the only remaining Spotless staff were in cleaning roles.

Alfred Health’s chief operating officer Simone Alexander told the inquiry, during her appearance in September, that a “floor monitor” position was set up following the departure of private security firms in the program.

“Concern was raised within Alfred Health that without having someone stationed on each floor, sometimes we were unable to hear escalating behaviours in the rooms or to be able to stop anyone that might want to leave their room and then get a fair way down to the foyer, because there wasn’t that monitoring process,” she said.

“So we implemented a floor monitor type role in order to make sure that each floor had oversight 24/7.”

Ms Alexander said floor monitors called police or an Alfred Health team leader in the event of a problem.

Of the nine hotel quarantine staff to become infected with coronavirus, the department claimed three were exposed to known outbreaks, five had contact with known cases in their households and one was likely to have been acquired through community transmission.

Deputy Chief Health Officer Allen Cheng said on Thursday that genomic data about how the workers came to be infected was still being processed, despite government claims that none of the workers were infected at the hotel.

A Health Department spokeswoman later told The Age and the Herald that two of those workers went to work while infectious. She did not confirm which two.

The inquiry, which finished public hearings last Friday, made the decision to investigate how the nine workers became infected after receiving a letter from opposition legal affairs spokesman Ed O’Donohue on Wednesday.

The Opposition Leader said the Premier had failed to learn the lessons of previous bungles with hotel quarantine.

“To think that he has still got private security guards in hotels, still not got proper infection control, still putting the community at risk,” Mr O’Brien said.

Jenny Mikakos resigned as health minister on Saturday after the Premier told the inquiry that he believed she was the minister responsible for the program.

Reporting on the daily infection figures earlier in the day, Deputy Chief Health Officer Allan Cheng said the all-important rates of “mystery cases”, or diagnoses with an unknown source, was halving week on week.

But Professor Cheng said the unknown-source infections were occurring far and wide throughout Melbourne and urged people to continue to get tested if they had symptoms.

“It’s important to note that these mystery cases are in 14 different [local government areas] so they are very widely distributed, and they do suggest that, obviously, a mystery case has got it from someone.

“So, it just reinforces the need for people with symptoms to come in for testing.”