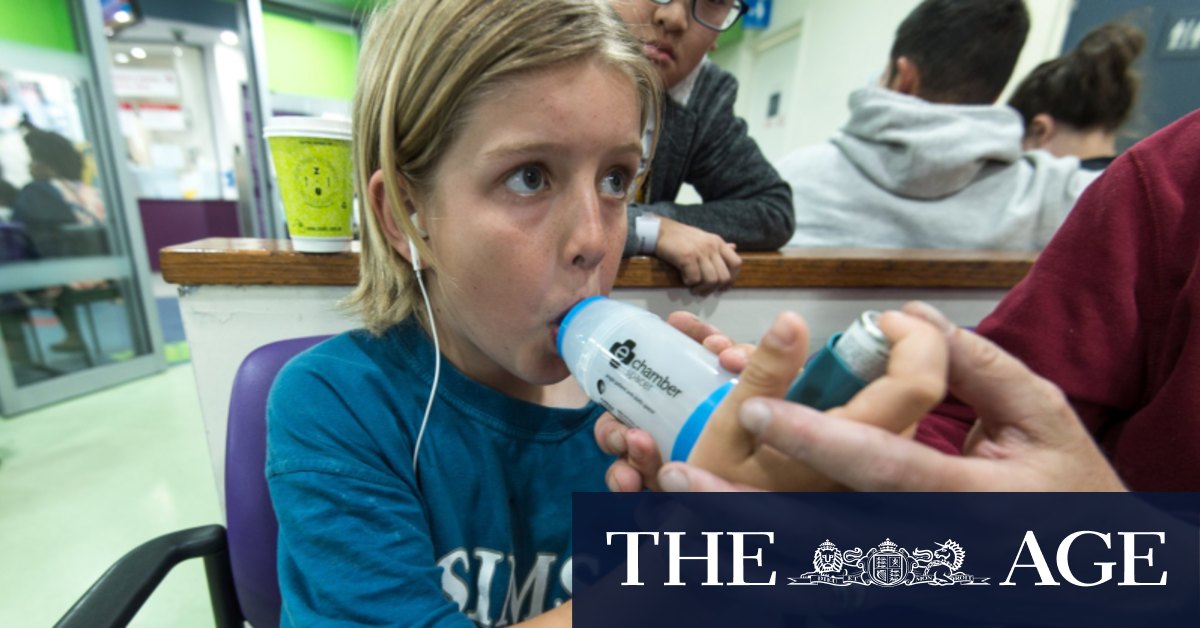 Ten people died as a result of the thunderstorm asthma event of November 21, 2016, after grass pollen burst into smaller particles during a thunderstorm, triggering severe asthma in thousands of people across Melbourne.

It was the most deadly outbreak of thunderstorm asthma recorded in the world.

In Melbourne, this phenomenon occurs when moisture-charged winds immediately before a storm whip up rye grass pollen from the pastures to the city’s north and west, sweeping them into populated areas.

Rye grass pollen causes most cases of hay fever in Melbourne and the small particles can also penetrate deep into the lungs.

Professor Cheng outlined four groups who are at the highest risk during a thunderstorm asthma event:

“If you are in any one of those groups, you should see your GP and make sure that you have an action plan in case something happens,” Professor Cheng said.

He said pollen counts would be monitored and warnings issued through the Victoria Emergency app.

“It is likely that this year is looking like a La Nina year, which is a wetter year than it is normally and this is likely to mean that it is somewhat of a high risk of storms, although the pollen forecast at this stage is only that it is probably going to be moderate,” he said.

Professor Cheng said the difference in symptoms between coronavirus, hay fever and asthma could be difficult to distinguish.

“It is going to be an issue,” he said. “A runny nose is found in about 26 per cent of people [with coronavirus].

“If you have doubt over the symptoms, please come forward and get tested [for COVID-19] particularly if there are any additional symptoms.

“If there is fever or a cough [or if] hay fever is more severe than usual, or any sort of doubt, come forward to be tested.”

The National Asthma Council estimates one in five Australians have hay fever and many do not know they could be at risk of having an asthma attack during a thunderstorm asthma event.

Those with asthma are warned to: