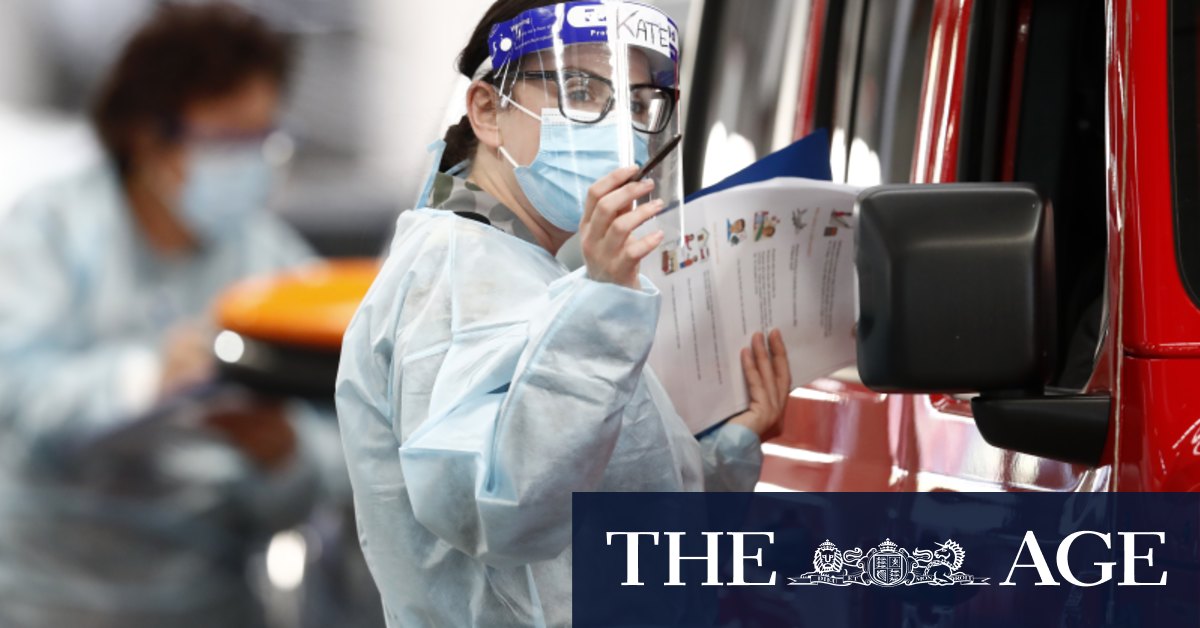 Victorian Deputy Chief Health Officer Allen Cheng said “we have a bit of a situation in Frankston”, where multiple members of the same household have contracted the virus as a result of an outbreak at Chadstone Shopping Centre’s fresh food section. One member of the household worked at the shopping centre for five days from September 23 to 28.

Eight cases have been linked to the Chadstone outbreak so far.

Chadstone Shopping Centre has been listed as a high-risk exposure site and anyone who visited the shopping centre last week has been urged to be on alert for any COVID-19 symptoms. Specific warnings have also been released for anyone who spent time at Coles, The Butcher Club or the Fresh Food Precinct at Chadstone between Wednesday and Saturday last week (between 6am and 6pm).

A pop-up virus testing clinic has been set up on Golfers Drive in Malvern East and a drive-through testing site has opened in the shopping centre’s car park. Another testing location has opened at Frankston’s Peninsula Aquatic Centre.

Professor Cheng said it was safe for shoppers to return to Chadstone. “The staff have been contact-traced and cleaning has occurred, so it is perfectly safe to go back into Chadstone at this time,” he said.

The Deputy Chief Health Officer said a resident in the Great Ocean Road town of Anglesea could be carrying the virus, after a wastewater test detected traces of COVID-19 for the second time this week.

He called on the Anglesea community to continue to come forward for testing at a pop-up clinic at the town hall.

Thursday’s figures bring the state’s 14-day average, tied to the next stage of easing lockdown restrictions, to 15.9 new cases per day. For Melbourne to move to step three of the government’s road map out of lockdown, the 14-day average needs to be five or less.

Previous trigger points relied on the crucial 14-day average of cases in Melbourne, but moving to step three will be dependent on the average for all of Victoria.

There also needs to be fewer than five “mystery” cases statewide – those without a known source of infection – over the prior two weeks for restrictions to be eased further.

Chief Health Officer Brett Sutton has said he and his colleagues are now placing greater weight on mystery cases. He said the raw daily case numbers were now less important for the big-picture decisions than the origin of each individual infection and whether it could be tracked and traced.

Professor Cheng said mystery cases have been halving week-on-week for the past four weeks.

“So, over the next few days, the nine cases [between September 15 and 17] will fall out of this reporting window,” he said.

“It is important to note that these mystery cases are in 14 different local government areas, so they are widely distributed and … it just reinforces the need for people with symptoms to come forward for testing wherever they are in Melbourne.”

Meanwhile, the results of a snap SMS poll show Melburnians believe they should now be allowed to travel more than five kilometres from their homes.

A Roy Morgan survey of 2223 Victorians on Monday and Tuesday showed more people support lifting three key lockdown restrictions now than two or three weeks ago, with 61 per cent of respondents wanting the five-kilometre travel rule axed immediately, up 11 percentage points from two weeks ago.

The biggest shift in consensus was on the topic of indoor dining – 56 per cent of those surveyed said Melbourne restaurants, pubs and cafes should be allowed to offer table service, up 19 percentage points from three weeks ago.

And 59 per cent said Melbourne residents should be able to visit the homes of their immediate family members, up 4 percentage points from two weeks ago.

But Premier Daniel Andrews pleaded with Victorians to be patient ahead of October 19, when more restrictions are due to be eased, pending case numbers.

“We’re confident we’ll be able to build a COVID-normal Christmas, a COVID-normal summer, and [have the] virus at such a low level that we can sustain that over the long term,” he said.

“That may even be for the majority, or indeed the entirety of 2021.

“I think the vast majority of Victorians are determined to have a very different 2021 when compared to 2020, and that is all about making sure that we get these numbers low, open up, steady, safe and stay open, and keep those numbers low.”

Victoria by the numbers