Breaking News
Home / Sport / At the French Open, success in New York is taking a toll

At the French Open, success in New York is taking a toll

admin 4 weeks ago Sport Comments Off on At the French Open, success in New York is taking a toll 12 Views 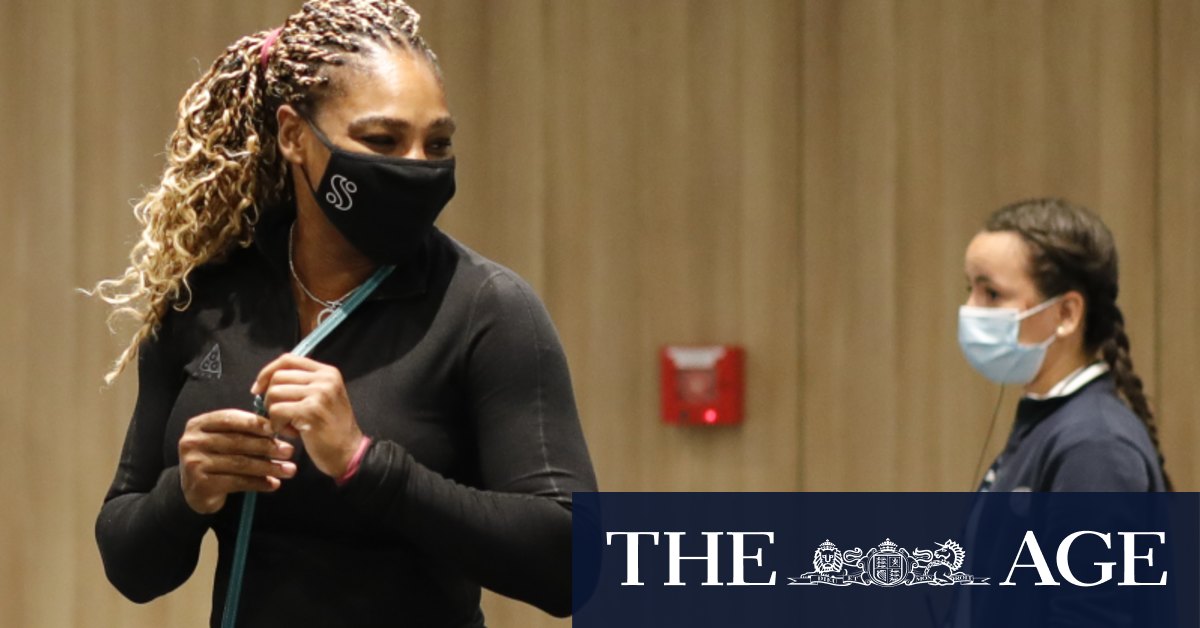 That meant all four women who made the semi-finals at the US Open will be conspicuously absent for the rest of the French Open. One of them, Naomi Osaka, the champion in New York, never made it to the starting line. She pulled out of the tournament to rehabilitate a strained hamstring. Jennifer Brady, the No. 21 seed, lost in the first round to Clara Tauson, a 17-year-old playing in her first grand slam singles match.

Williams, who got through her opening-round match on Monday with little trouble, but spent the past two days hobbling around her hotel, decided even if she had managed another win, the nagging Achilles tendon injury that had occurred at Flushing Meadows and did not have time to heal would prevent her from playing deep into the tournament.

“I’m struggling to walk, so that’s kind of a telltale sign that I should try to recover,” she said after defaulting against Tsvetana Pironkova of Bulgaria.

Azarenka refused to blame her loss on the turnaround time, but in losing, 6-2, 6-2, to Anna Karolina Schmiedlova of Slovakia, a player barely cracking the top 200, Azarenka appeared to hit a wall after tearing through the draw in New York.

On the men’s side, three of the eight US quarter-finalists are already gone, most notably Daniil Medvedev, of Russia, who made the final four at the US Open but has always struggled at Roland Garros.

Even those who played deep into the US Open and are still in the Roland Garros field know that there will be tough days ahead.

“At one point I’m going to get super tired,” said Dominic Thiem, the US Open champion, who won his second-round match against Jack Sock on Wednesday in straight sets. “I guess all the tension and focus on Roland Garros, it’s hiding still, the tiredness and everything. I hope I can push it as far as I can.”

Looming fatigue is rarely top of mind for a high-ranked player during the first week of a grand slam. But there is a rhythm to the usual tennis calendar that generally allows players to peak during the biggest tournaments.

The tennis year begins on hard courts in Australia in January. In late winter and early spring, it swings to California and Florida for two more large hard-court championships. Then it moves to Europe for the clay court season in April, culminating with the French Open, which finishes in early June. A month of play on grass follows, with Wimbledon, in London, wrapping up by mid-July. Then it’s back to hard courts in the United States for the rest of the summer, which ends with the US Open in New York, and there are tournaments after that in Asia and Europe, many of them indoors, before the season finishes in November.

In other words, plenty of time zone adjustments and opportunities for rest. Not this year. One week, the world’s top players were navigating the hard and fast courts of the US Open. Days later, they were slogging through clay court tournaments in Italy and Germany to tune up for Roland Garros.

“Definitely was a super tough turnaround,” said Taylor Fritz, who lost in the third round at the US Open, and has now won twice in Paris.

In a normal year, Fritz said he trains on clay for three weeks before playing tournaments. This year, adapting became necessary in competition as he lost first-round matches in Rome and Hamburg, Germany. “I’m just now this week finding my game,” he said.

On the flip side, the benefits of losing early in New York or skipping the tournament altogether are also beginning to show.

Rafael Nadal, the 12-time French Open champion, and Simona Halep, a three-time finalist in Paris, passed on the US Open. Both preferred to avoid the hassle of international travel and living abroad in restrictive conditions for a month. They chose extra practice time on clay over two shots to win a grand slam tournament this year.

Neither player has dropped a set in the first two rounds. Nadal played a near flawless match on Wednesday, overwhelming Mackenzie McDonald of the United States 6-1, 6-0, 6-3. Halep cruised 6-3, 6-4 against her fellow Romanian, Irina-Camelia Begu.

Novak Djokovic, who was defaulted from his fourth-round match at the US Open, won the Italian Open last week and lost just five games in his first-round match in Paris to Mikael Ymer of Sweden.

Diego Schwartzman of Argentina, who lost in the first round of the US Open then made the final in Rome, said the advantages of an early arrival in Europe were obvious, even if that quick exit in New York had been Plan B.

“When you are winning matches, obviously you get tired and it is not easy to go to the next tournaments,” Schwartzman, the No. 12 seed, said Wednesday after dispatching Lorenzo Giustino in straight sets.