Heavy artillery waiting in the wings for Burgess, Souths investigation

admin 3 weeks ago Sport Comments Off on Heavy artillery waiting in the wings for Burgess, Souths investigation 13 Views 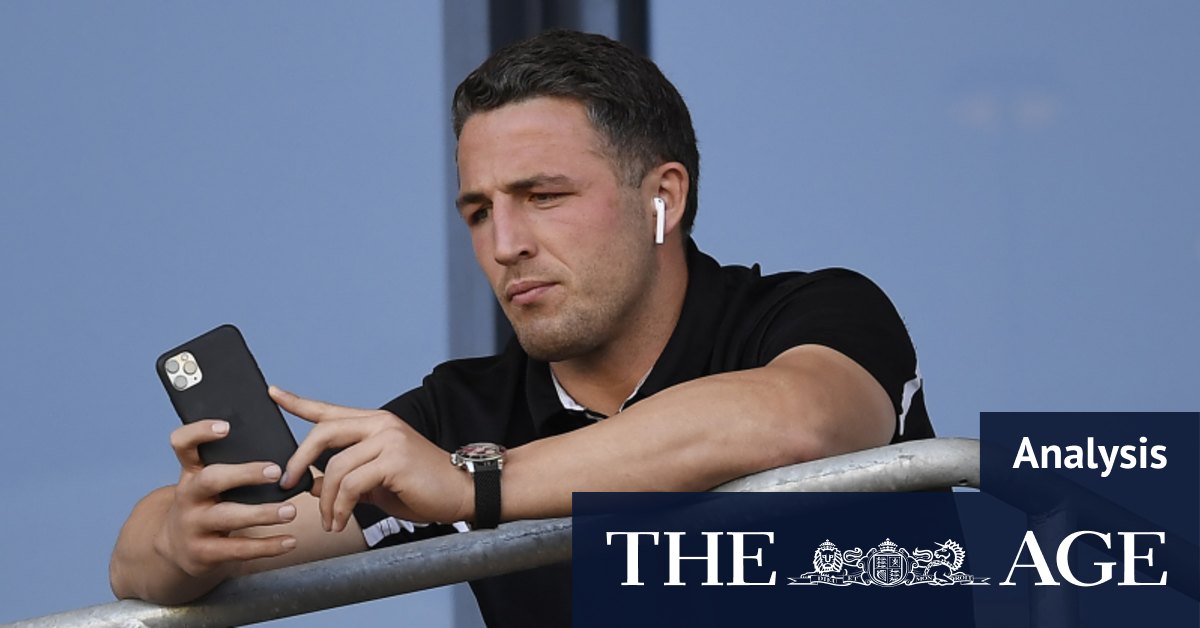 It was also alleged that another doctor arranged for blood tests for Burgess under a different name, with that test then alleged to have returned positive signs of a number of recreational drugs including MDMA.

While the allegations have not been tested or proven, they are of significant gravity and fall into the orbit of Sport Integrity Australia (SIA), the new body leading the charge against anti-doping, corruption and integrity issues in Australian sport. It came into being in the middle of the year and encapsulates the old ASADA, as well assuming a new suite of expanded responsibilities.

Known as an “enforcement body” instead of an anti-doping agency, it also has significantly more teeth than the NRL’s own Integrity Unit. Some of those powers include the lowering of the “show cause” threshold requiring a person to attend an interview.

Crucially, once in an interview, that person would no longer have the right not to self-incriminate, as per the SIA website: “Persons subject to a notice will be unable to refuse to answer questions on the grounds they may incriminate themselves.” That strips the interview subject of a right available to anyone in the judicial system.

SIA has already partnered with Gymnastics Australia to help deal with complaints about misconduct, bullying, abuse and sexual harassment of its athletes. And it stands ready to add its clout to the NRL investigation, with a spokesperson saying on Friday, “Sport Integrity Australia will work in partnership with sports on integrity matters, if requested”.

That request was yet to be forthcoming from the NRL late on Friday but the two bodies have been in contact. SIA chief executive David Sharpe said the allegations were a reminder of how vital it was for elite sports to fund integrity units.

“The NRL has maintained their integrity unit throughout COVID which is important to be able to manage a matter of this nature,” Sharpe said.

SIA is on the sidelines for the moment but the Burgess/Souths matter could well be the perfect vehicle for the new body to test drive its full component of expanded powers. Part of the internal discussions within its walls when it found out about the allegations late on Thursday was where it might fit into the scope of investigations.

Do allegations of a club doctor procuring prescription drugs under names other than the patient pique the interest of the anti-doping police? Or that of a doctor having blood tests completed under fake names to protect the identity of an athlete in question?

Given SIA’s wider remit, it’s likely it won’t need much of an invitation to take a seat at the investigative table. That could mean some difficult questions for Dr McDonald, a long-time Rabbitohs club doctor who now finds himself in the middle of another sordid rugby league episode.

Dr McDonald works at the Eastern Suburbs Sports Medicine Centre at Bondi Junction and has been with the Rabbitohs since 1996, as well as having roles with Sydney FC in the A-League (2005-2013) and as far back as the Sydney Olympic and Paralympic Games.

He did not answer calls when the Herald contacted his rooms on Friday, nor had any complaint been made to the Health Care Complaints Commission, which investigates and prosecutes complaints about providers in NSW.

Depending on what transpires over coming days and weeks, the HCCC could well find itself with all of that information, with Dr McDonald, South Sydney and Burgess having to deal on multiple fronts with questions from multiple investigative bodies.

Previous Lack of discipline riles Hardwick as Tigers nominate Metricon as semi-final venue
Next At the French Open, success in New York is taking a toll