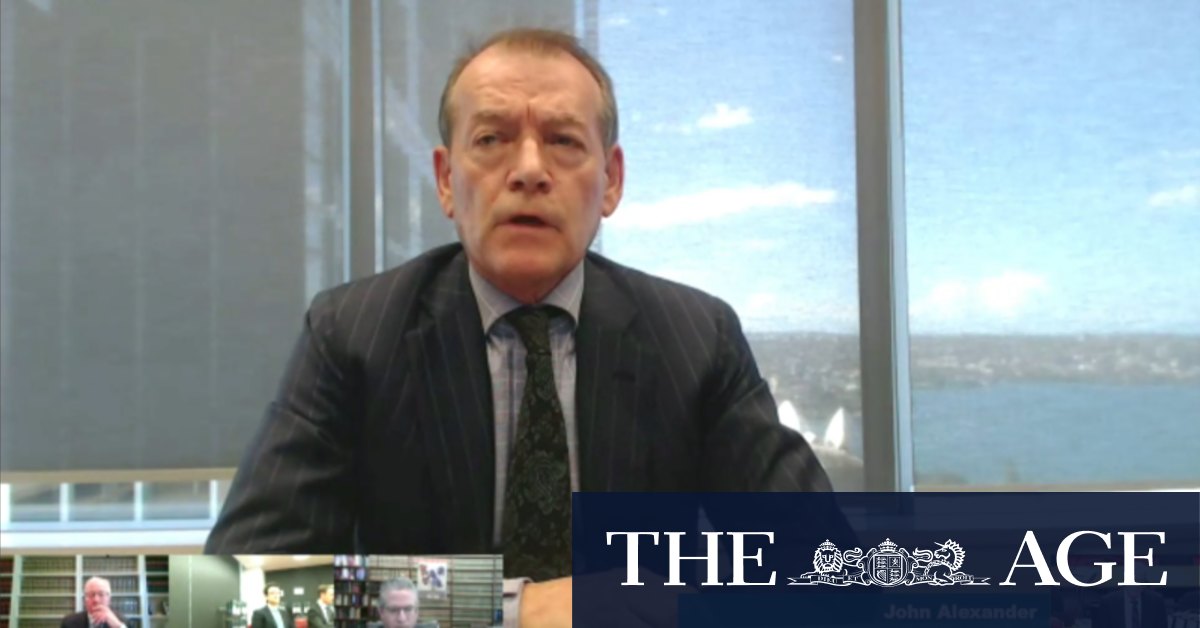 Commissioner Patricia Bergin, SC, will report on whether Crown should be able to keep the licence for its new Barangaroo casino, which is set to open in December.

The inquiry on Friday was told of an email Mr Packer sent to Mr Alexander in November 2018 – eight months after he stood down from the Crown board – questioning why Mr Alexander was “on a world trip looking at restaurants”, and whether “we” needed to implement a travel ban for Crown executives.

When Mr Alexander told Mr Packer he needed the board to back him with his own cost-cutting measures, Mr Packer responded: ‘I’m over being captain good guy to everyone, go hard my good friend you have my blessing”.

In another email Mr Packer asked Mr Alexander to review Crown financial forecasts and ensure they were correct.

Under questioning Mr Alexander agreed that Mr Packer was providing some “indirect” instruction to him in the emails, but denied Mr Packer was keeping close control over management from outside the company.

“There’s an interchange like this but it was not happening on anything like a regular basis,” he said.

‘I’m over being captain good guy to everyone, go hard my good friend you have my blessing.’

James Packer to John Alexander in an email

Mr Packer, who currently owns 36 per cent of the shares in the ASX-listed Crown, stood down from the board of Crown and all other corporate commitments in March 2018.

Mr Alexander, a former Herald and Australian Financial Review editor-in-chief, was Crown’s deputy chairman from 2007 to 2017 and then its executive chairman until January this year.

The inquiry was also shown an email Mr Alexander sent to Mr Packer “to discuss the nonsense” raised in last years media reports.

Mr Alexander said Crown still disagreed with the core allegations from the media reports but said “I could have chosen my language better I agree with that” when asked if he still regards them as nonsense.

Counsel assisting the inquiry Naomi Sharp asked Mr Alexander if he now agreed that “the culture of risk and compliance at Crown Resorts has fallen short”, and if as a long standing senior board member he accepted any responsibility for that. “Yes I do,” he said.

Mr Alexander was asked about a full page advertisement and ASX release Crown published following last year’s media revelations which called them as “deceitful campaign” and defending its due diligence and legal compliance. The inquiry has shown several parts of the statement to be factually incorrect.

In light of evidence in front of the inquiry, Mr Alexander said he would probably not repeat the assertion that Crown had a “robust process for vetting junket operators in place”.

“I think some of the language could be refined,” Mr Alexander said. “Obviously there are some things we would definitely revisit.”

Mr Alexander remains a director of Crown but will stand down at the end of the company’s annual meeting on October 22.

Mr Packer is due to give testimony to the inquiry on Tuesday.