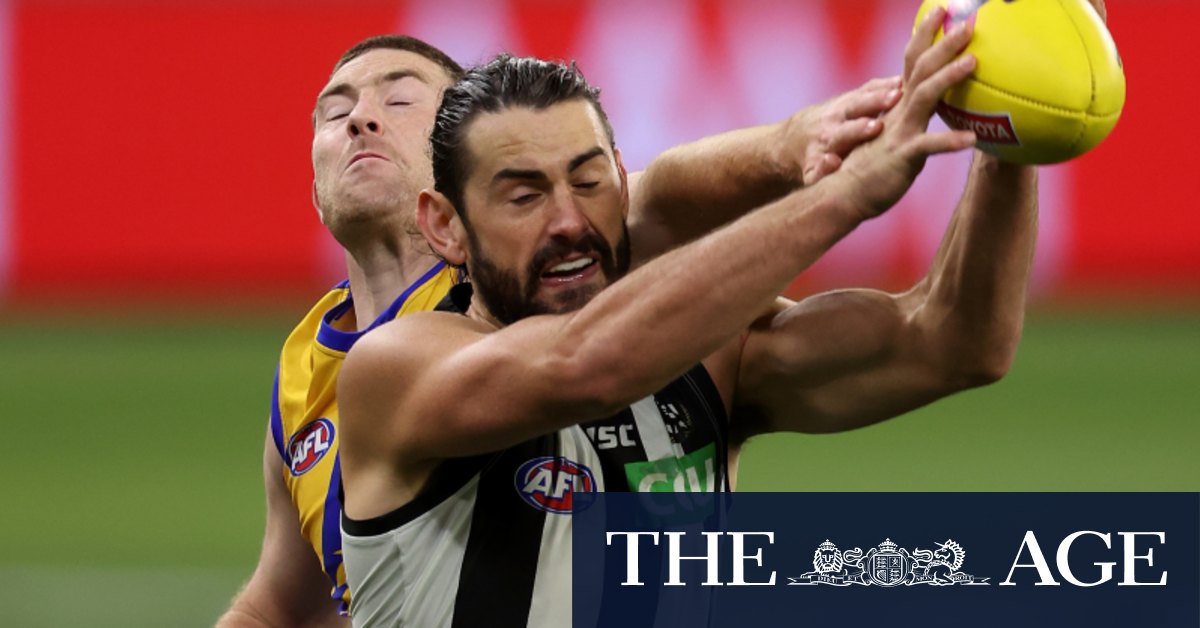 “We thought Darcy Cameron, his contest in the ruck is good. We’ve played him forward a few times as a second ruck, but he’s a natural ruckman. In in-field play, he was able to get down the line and help us aerially.

“We just thought the balance was right to share the load amongst those two boys and try to keep the heat on a player who is the All-Australian ruckman this year for a reason.”

While history shows that the team losing qualifying finals usually wins semi-finals the following week, Buckley believes that season 2020 had already proven to be different to other years.

The Magpies beat the Cats at Optus Stadium by 22 points in round seven when both teams were in their Perth hub.

But Collingwood bounced back from an 11-goal loss to the West Coast earlier in the season to win the elimination final at Optus Stadium by one point in a thriller on Saturday night.

Led by Taylor Adams and three goals each from Mason Cox and Brody Mihocek, the Magpies held a lead at every break and made more of their opportunities in attack than the Eagles.

Buckley said that previous encounters are a bit overplayed, also citing the 13-goal turnaround in the result when Port Adelaide beat the Cats on Thursday night.

“Especially when you are looking at 2020 as your terms of reference,” he said. “You’re meeting sides in this particular home-and-away season in such difference circumstances, whether short turnarounds, or travel, or whether you have been in a compression period or whether you haven’t – who you have available, and who you don’t – whether family have been around or haven’t been.

“So, I think it is a little bit more difficult to find a form line.

“We know the history about these games and they are won more often by the team who has lost the qualifying games – we’re aware of that. That’s what history will tell you, but this game is yet to be played.

“We don’t know what the right result is yet.”

What we did find out on Saturday night though was that he had players who were willing to put their bodies on the line to get the job done.

When West Coast were pushing forward in the last minute, it was Adams who put his body on the line to stop the Eagles run.

“Those key moments are moments that win you finals,” Buckley said. “And Taylor’s willingness to come forward and not collapse in that moment was important.

“Brodie [Grundy’s] tackle with two minutes to go in the third quarter on the half-back flank was crucial, [as was] Levi Greenwood’s tackle moments after that towards the end of the third.

“West Coast did some stuff really well and had some great moments. As we were able to keep our noses in front, we will be able to celebrate ours more than they will, but we’ll have to keep bringing those special efforts when the moment arrives.”

Previous Lakers beat Heat for 2-0 lead in NBA Finals
Next From the Archives, 1960: Man rescued from 65-foot pylon hanging by a boot