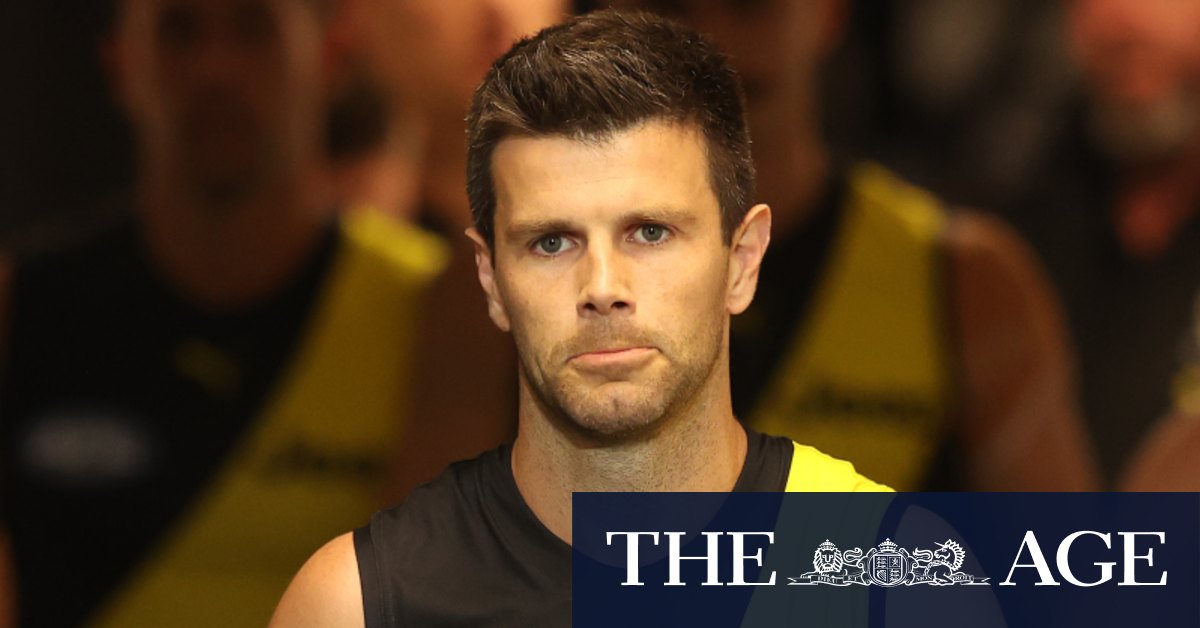 “Whilst they’re the things that are probably in our control that do determine a scoreboard in a sense.

“We will look at them, the boys know there’s some things we want to play to the edge in regards to our toughness and what we bring to the contest.

“There’s also some things we can control and we want to eradicate those out of our game.

“The reality is we need to perform well Friday night against the Saints otherwise the rest doesn’t really matter.”

Plenty has been made of Richmond’s poor off-field judgment in 2020, but Friday night’s on-field ill-discipline is not an outlier.

Losses earlier in the year to Port Adelaide and St Kilda – the Tigers’ opponent in a do-or-die semi-final later this week – were also marred by silly free kicks and 50-metre penalties that led to goals.

Cotchin also said he expected Tom Lynch to play the semi-final on Friday against the Saints after he missed the qualifying final.

“My understanding he is training really well and I think it is just a matter of ticking off the main session this week and [then] he’ll be available to play, which is really exciting for our group.”

The Richmond captain praised the Saints, who defeated the Western Bulldogs to set up the clash with the Tigers, and also singled out former teammate Dan Butler.

The forward has had a brilliant 2020 for the Saints after being squeezed out at Richmond.

“From an individual point of view I am so wrapt for him but also so proud of him,” Cotchins said.

“I don’t think he ever really wanted to leave the footy club but to get an opportunity elsewhere and perform in the way he has this year has been exceptional to watch.

“I have no doubt that he’s brought energy and vibrancy to the Saints.

“Last year was a challenging year for him and you know he is still somewhat a Richmond man in my eyes, but I am looking forward to clashing heads with him on Friday night.”

Previous From the Archives, 1960: Man rescued from 65-foot pylon hanging by a boot
Next Man City slip further behind leaders Everton with Leeds draw