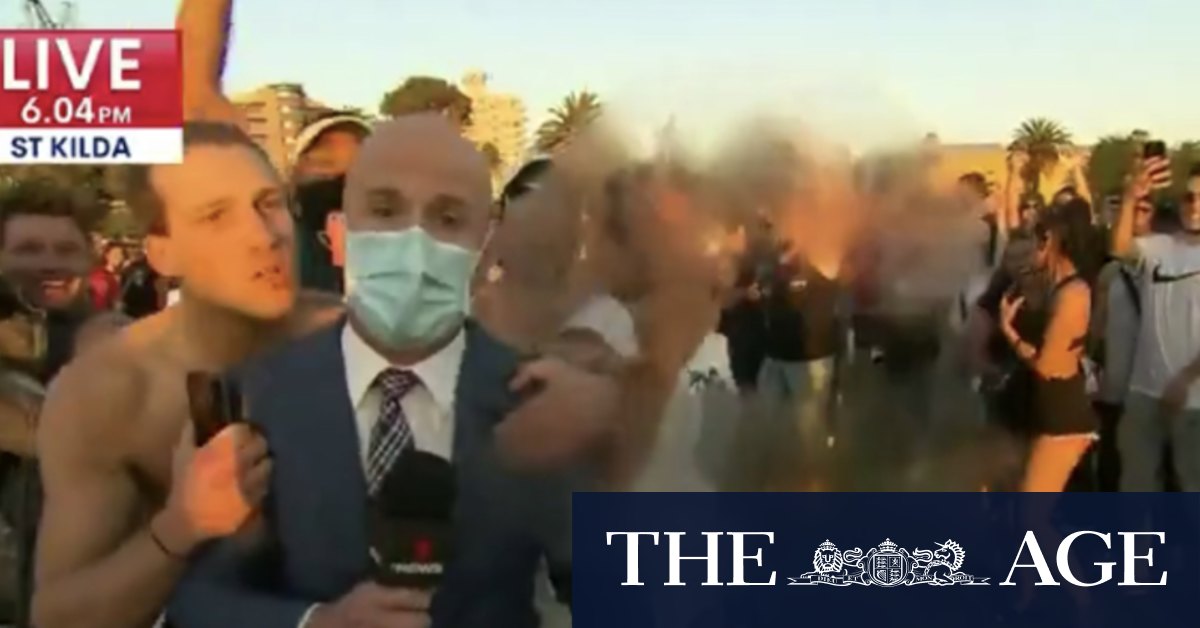 “Those scenes were very disappointing. It has made a lot of people very angry, I think, that they are doing the right thing, they are because, they can see just how close we are.”

Mr Andrews said he had spoken to the Victoria Police Chief Commissioner Shane Patton about his concerns and that police would be out to enforce rules over the sunny weekend.

It is the first weekend of eased socialisation restrictions, with Melburnians able to have public gathering in groups of up to five from two different households for a maximum of two hours. Melbourne’s forecast top temperatures of 28 degrees on Saturday and 27 degrees on Sunday.

“That is not the strategy. Spending time at the beach without a mask, without social distancing now will just mean that you won’t get to go to the beach for all of summer,” he said.

Chief Health Officer Professor Brett Sutton said he understood the desire to be out and about, but he was angry about the actions of rule-breakers on the beach last night.

“It is due to the fantastic sacrifices of everyone that we are at the point at which we are at. It is disappointing to see people breaking the rules.”

The Premier says it is up to police if Victorian beaches need to be closed as a result of large groups ignoring social distancing rules at St Kilda on Friday.

Daniel Andrews said police have a “steely determination to make sure people are following the rules”, but would not say whether he believed police should have broken up the gathering earlier.

Vision from Seven News showed many people without masks packed close together on St Kilda Beach last night, before grabbing and kissing a television reporter.

“There is a substantial additional police presence out there making sure that these coronavirus rules are enforced,” Mr Andrews said.

He said Victoria Police was “well aware” of the challenges caused by gatherings on beaches, and he would leave any determinations about whether beaches need to be closed up to them.

“It was very disappointing, and I’m sure the cause of much anger across the community about what happened there last night,” he said.

“It was not just there, however, there were reports of similar activity and other beaches and in other places. But let’s not detract from the fact that the vast majority of Victorians are doing quite an amazing job.”

Mr Andrews also would not say whether there would be concentrated testing launched in the suburbs of St Kilda and Elwood, but he encouraged anyone with symptoms to get a COVID-19 test.

Police warned earlier in the weekend they would be stepping up their surveillance as Melburnians look to beat the heat over the weekend.

A spokeswoman for Victoria Police said officers would not hesitate to fine those who “deliberately breach (COVID-19) restrictions and place lives at risk”.

“A number of fines were issued to people who breached directions at St Kilda beach on Friday and Victoria Police will be conducting increased patrols of popular public spaces this weekend,” she said.

“As the weather starts to warm up, we know this is a time when many people would normally like to be out and about but it is important that if you choose to leave your home you continue to adhere to the directions of the Chief Health Officer.”

With only two active cases in regional Victoria, Chief Health Officer says that ‘regional Victoria has to wait for Melbourne’ to get its cases down before it can take more steps.

Professor Sutton said they need to make sure “regional Victoria is moving in a certain synchrony” with metropolitan Melbourne before they could open up further from October 19.

“The answer to (when regional Victoria can take more steps) is how well is metro Melbourne doing over the next few weeks. But we are on track.

“I do think that we are where I expected us to be and we are tracking where the modelling suggests we should be.”

“Don’t risk everything. What we can hold back now means a truly normal summer. Please – Hold. The. Line”, Professor Sutton tweeted after footage aired of a large gathering of people surrounding a television reporter, grabbing and kissing the man’s face in breach of COVID-19 restrictions.

Victoria recorded seven new cases on Friday, six of which remain under investigation. The seventh is linked to an outbreak at Sunshine Hospital.

Two people – a man and a woman in their 80s – were added to Victoria’s death toll. Both deaths were connected to outbreaks in aged care.

There are now 11 cases linked to the Butcher Club in Chadstone, with all staff forced in quarantine. A Frankston cleaner who failed to self-isolate when her family members contracted coronavirus sparked the COVID-19 outbreak at a butcher shop.

Late on Friday, a government spokesman confirmed jetties and boat ramps will be opened, in a boon for fishing and boating enthusiasts.

Fishing and boating must take place within five kilometres of a person’s home with two-hour time limits applying.

A limit of either one household or a maximum of five people from two households can go fishing and boating together under the current Victorian restrictions as long as people can socially distance safely.

“In order to stop the spread of the virus it’s important to play by the rules, and penalties will apply for those not adhering to the restrictions,” they said.

Previous Perth couple speak out on Iran prison ordeal and espionage charges
Next ‘I know nothing’: Bennett denies any knowledge of Burgess allegations