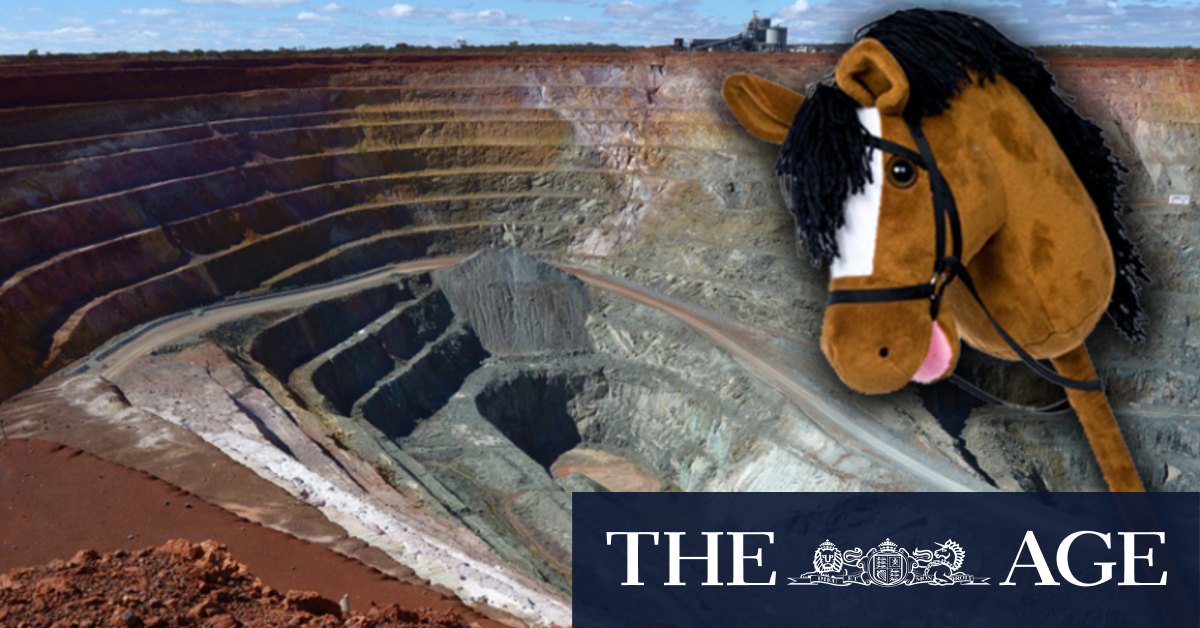 His claim was thrown out last week by Judge Alan Troy who, after listening to the evidence of a string of employees at the function, found it was likely Mr Kremer fell, rather than was tripped.

Mr Kremer then broke the rule of the race that required participants to keep the hobby-horse pole between their legs as they ran, instead holding it out to the right of his body to enable him to run as fast as he could.

As he turned a corner, he claimed he felt his leg get clipped and he fell, however his colleagues did not notice the act take place and Judge Troy found even if it had, Sandfire could not have been expected to foresee the risk of such an injury occurring during what was promoted to staff as a “fun, team-building and a good old fashioned bit of departmental rivalry”.

“To repeat, the critical event involved grown adults running around a cricket pitch with a child’s wooden hobby-horse grasped between their legs,” he said.

“The participants were directed to maintain that position in order to limit their speed. Mr Kremer, as he acknowledged, broke that rule.

“It is impossible to conceive what more could have been said to convey to all participants that this was a fun ,as opposed to an intensely competitive, event.

“No amount of training or supervision would have prevented one participant in this race accidentally tripping or entangling with another participants so as to cause him to fall.”

Judge Troy also found Mr Kremer failed to mention his injury was as the result of being tripped when he attended Joondalup Hospital the following day, in a Workcover application 12 days later, or nine months later while completing a medical report.

On each occasion the documentation only recorded a fall had taken place.

Previous Trump’s illness has upended the election, but there will be more surprises
Next Caslick starts with a bang as Roosters stun Dragons in season opener