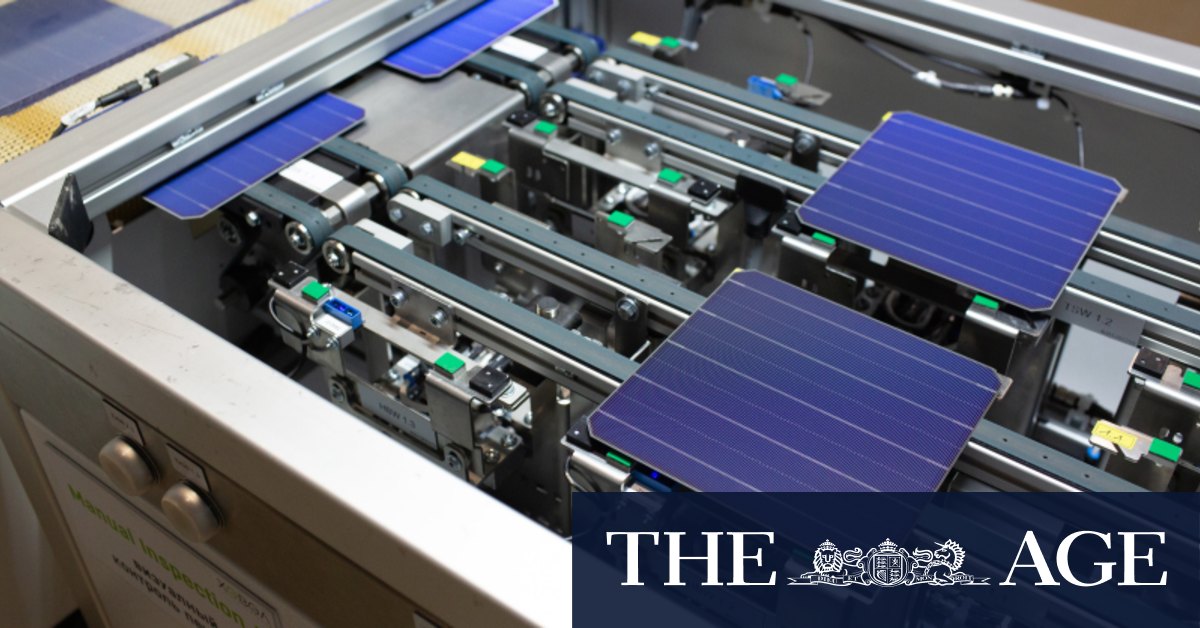 Solar panel manufacturing comprises about 20 per cent of the world’s annual silver consumption, with the volume expected to rise steeply as the next generation of efficient cells in development now require up to three times more silver.

Copper is cheaper to buy than silver, and is in more abundant supply in mineral deposits around the world.

As the commercial production project gets under way, SunDive is moving to bigger premises in Kirrawee in southern Sydney.

Dr Allen said his company was aiming to create a local production industry.

“Our goal is to use the learnings from this project to bring to life a superior solar technology, creating new local industries which can compete on the global stage,” he said.

“With only 3 per cent of world electricity coming from solar today, there is still so much innovation that must occur. Gaining the support from the Australian government puts us in a stronger position to capitalise on the opportunity that lies ahead.”

“It’s fantastic to see an Australian solar startup at the forefront of producing the next generation of high efficiency solar cells. Through technological innovations from startups like SunDrive, Australia will remain at the forefront of solar innovation and research and development for years to come,” Mr Miller said.

ARENA last week announced its support for a $4.8 million project with network operators to trial smart inverter technology in areas where the network is most constrained, so access to feed-in tariffs for supplying the grid is fairer.

Previous Police camera ruling ‘denies courts critical evidence’
Next Something old and something new: my Wallabies side for Bledisloe I